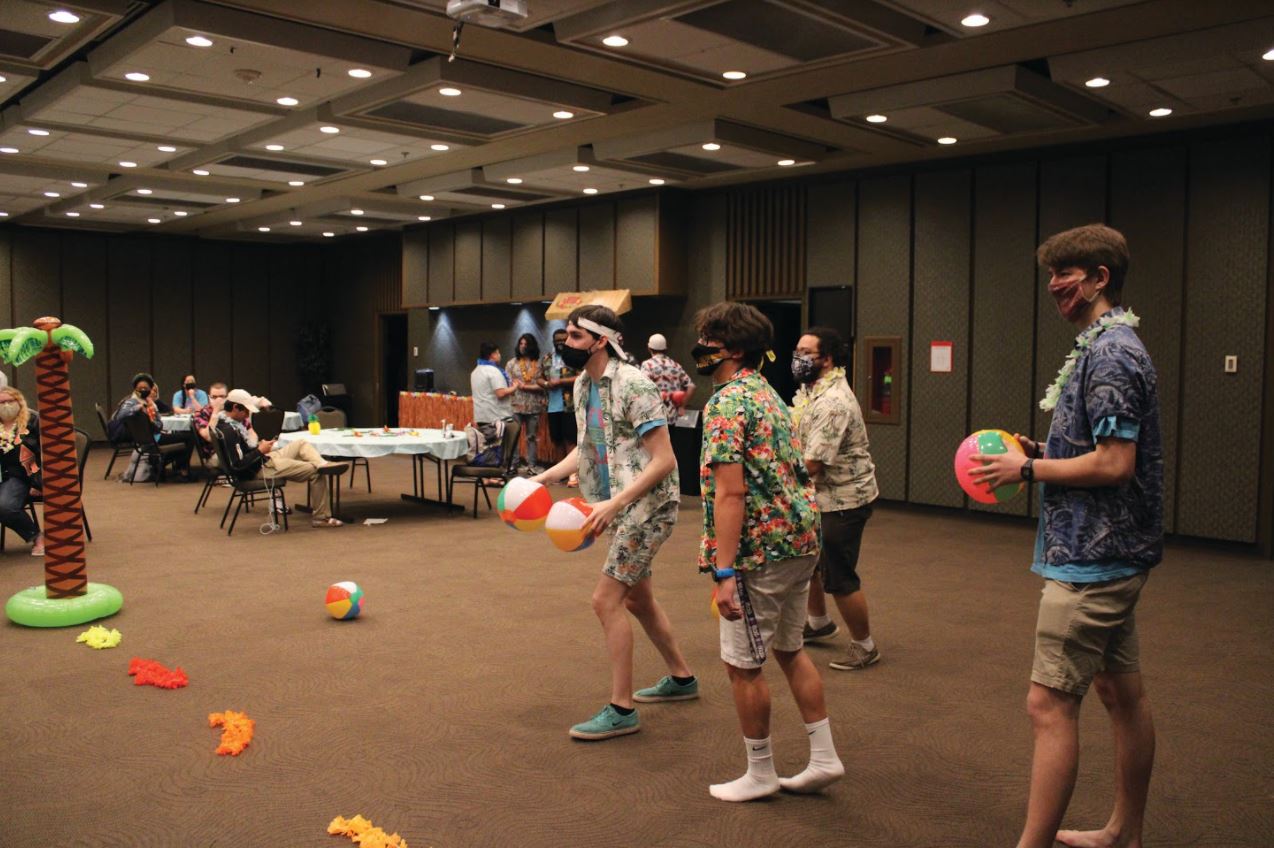 At 6 p.m. on March 11, in the Shepler Ballroom, the Cameron University Greek Life organizations got together for an all-Greek tropical party.

Students from the Kappa Sigma fraternity, along with campus sororities Alpha Phi, Omega Zeta Theta and Gamma Delta Pi joined together for a fun night at the beach, away from the beach.

Attendees enjoyed photo ops and beach ball games including some merciless and high-speed rounds of dodgeball.

Greek life students were able to socialize with others and meet new people outside of their individual groups.

Kappa Sigma President Mickey Nocelotl said he hopes to have similar events in the near future.

“At least once a month — at the very most twice a month,” Nocelotl said.

Through Greek organizations, students can make connections through alumni networks while also making some new friends — something played a big role in Jasmine Martin and Sydney Sears joining Alpha Phi.

Sears wanted to find a way to get more involved on campus, and Martin said she was asked by one of her close friends to join.

“It’s nice to have connections to people on campus,” Martin said, “and it’s a really good networking opportunity in the future if I’m looking for a job.”

By the end of the night, most sorority sisters could be seen posing for pictures while the men from Kappa Sigma played a rousing game of baseball using inflatable equipment.

President of the Omega Zeta Theta sorority Kensey Garrison said that not only is she interested in improving her own group, but also she also hopes to see more involvement between the groups and campus.

Garrison and the rest of the Greek council decided to continue to have Greek mixers going forward to improve relations between the groups.

“Campus life is supposed to be helping us to start promoting a little more,” Garrison said. “So we will have a more unified image, and I think that is really going to help us.”