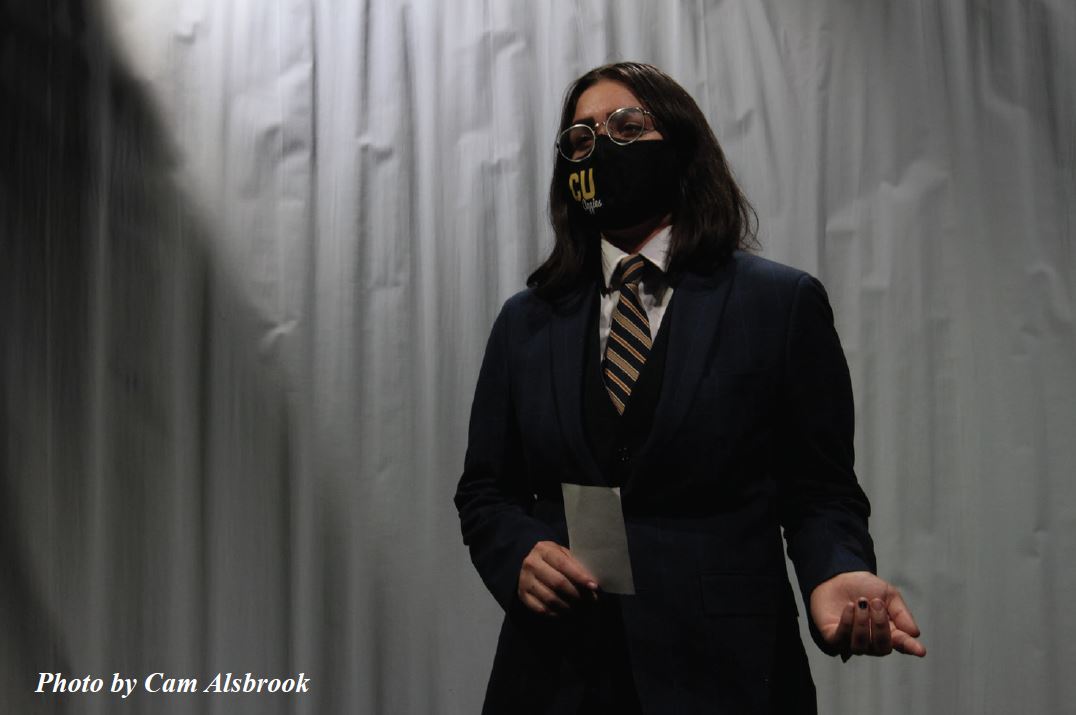 From Feb. 13-15, the Cameron Debate team hosted and competed in an online tournament, hosting for the first time.

The tournament covered a variety of categories such as the Lincoln-Douglas debate, Program Oral Interpretation and Individual Parliamentary Debate (IPDA).

Stringer said the debate tournament was a good learning experience for her and the team.

“I feel like the tournament was a wonderful success,” Stringer said.

“For being our first ever online only tournament to host, I am very proud of the outcome. The students have handled online competition really well and have helped me navigate the new life of online speech and debate.”

The team ended the tournament with awards in several categories.

Fox said he feels like he should have done better in the tournament and aims to increase his placement in the rankings before graduating.

“My only real goals are to try and do well at nationals,” Fox said.

“As much as I tend to push myself a bit too much,” Stringer said, “this past year has shown me that it is okay to take some breaks, to have a weekend off or to let the students just talk for a while.

Times have not been easy on anyone, and we can really see that in Forensics.

Many teams have ended up being shut down or students [are] quitting daily. I am so lucky to have such a wonderful team and university that supports us.”

Biology sophomore Sacred Martinez said the past year helped them recognize personal goals to aim for in and out of the debate room.

“Last year taught me I need to have more confidence in myself,” Martinez said, “speak with authority but be humble, and always crystallize on key points to win the round.”

The debate team was at the Academic Commons building from morning to night each day of the Valentine weekend, using Zoom to log into each round.

Biology Sophomore Micah Elroy said Stringer and the other team members played a big part in helping him shift to online speech competition.

“I would like to say thanks to my team and my Coach for sticking with me this far,” Elroy said.

“I feel like it’s been a rough year for everyone, and I’m so thankful I have had you guys to help pull me through it. It means a ton.”

Stringer said she never got to debate as a competitor or coach until she arrived at Cameron.

“I think the moment for me when I realized I liked debate, was one day we were doing a coaching session,” Stringer said, “and I asked a question to which all the debates looked at me and responded as if no one had ever asked that before.

In that moment I knew I wanted to do this, and that maybe I could offer a new insight.

“My favorite thing of coaching is the moment when a student leaves a round and has so much joy about what they did. They get this child like wonder almost as if it is Christmas morning and they start talking
really fast and pacing around because they cannot contain the excitement. That is the best moment to get to experience.”

Fox said he realized he liked debate during his freshman year.

“I was kind-of told to sink or swim and tossed into a large tournament at Western Kentucky University,” Fox said.

“I went 3-3 and only cried in the bathroom a little bit. If I went 4-2, I
would have made it out of pools, and I was super disappointed.”

Stringer said the debate team hosts their practice sessions online – and allows people to join in a session to see if debate feels right to them.

“I would truly be honored to speak with anyone about the team and encourage people to at least talk to me about it,” Stringer said.

“It is a big-time commitment, but it might be just the type of commitment you are looking for.”