VOTE ON YOUR OWN

That special time is dawning.

You know the special time that happens every four years, when society goes nuts for a couple weeks and then suddenly we have a new president.

That magnificent time when anybody and everybody is telling you to wake up, cast your vote and change the world for the better. Because change is up to you!

Generally, we all buy into it and pretend for a little while that our votes will actually determine the next president and not just somewhat affect our state’s electors but hey, use your rights if you want.

I think I’ve made my opinion on voting more than clear up to this point, but just in case anyone was curious: still not registered. Still not ever going to register.

I don’t want to and that’s my right. Just as it is your right to vote if you so choose.

And so, once again, I am here to ask you no, to beg you to do your own research.

It’s hard, I know, but you absolutely need to research the candidates and decide for yourself who you think will make the best president out of some pretty lackluster opinions, I think most would agree.

And this is not something that only the “new” generation needs to do every election.

Everyone needs to get into the habit of researching the candidates they might want to vote for, examining the policies or changes that said candidate is backing and considering how these changes could affect you and the general population.

There is not a single media outlet reporting updates on the presidential candidates without some degree of stake in the election. They are each motivated to sway you a certain way or at the very least, use your existing bias to keep you in their candidate’s corner no matter what story they
have to spin to do it.

Perhaps an even more effective, manipulative tool on the younger generations: celebrity endorsements. Scroll through Twitter, Instagram or literally any social media platform and I guarantee you will find posts from your celebrity idols that direct you on who to vote for.

This will get even worse as we approach November.

And they make it sound so simple: We can all see the problems in America, you just have to vote Trump out and poof problems solved.

Or, Biden might not be the best, but come on, guys, he’s better than Trump.

If you follow the more immature, socially idiotic celebrities, the arguments probably focus more on the fact that Trump wants to ban TikTok; He didn’t, if you were wondering, Just approved Oracle’s purchase of the Chinese made app, actually.

But there’s even more celebrities who have legitimate concerns about our current president and genuinely believe that they are appropriately using their platforms to push followers to do the “right” thing and help our country make some much-needed changes.

And that’s all well and good except for the fact that they aren’t actually encouraging you to do anything other than blindly cast a vote for who they think is the right candidate to make such changes.

You can’t make an informed decision based on a popular meme decrying Trump as a racist or Biden as a rapist without questioning whether either claim is true.

Politicians and especially presidential candidates are just like any other celebrities: In fact, they are subject to slander and “fake news” headlines even more so than other celebrities, because people have a vested interest in shaping our political climate.

As they should most believe.

But how can you claim to care about the fate of America if you just believe what other people think is best?

If you’re going to take advantage of your right to vote this year, just do me no, yourself a favor and activate your skepticism.

No matter what you’re watching, reading or following, take some time to probe the information and form your opinions on your own. Probe the source, probe the message and resist the urge to fall into the popular crowd no matter which candidate the crowd has declared our savior.

Really, all I ask is that you do some modicum of your own investigation into the 2020 presidential candidates.

All I ask is that for just a little while, you disregard everything you think you know about the candidates.

Disregard the circulating idea that all issues in the political sphere are black and white, and investigate the grey.

Disregard the public shame, the popular assumptions and any other factor that you haven’t realized up until this point have influenced your vote.

Disregard the belief that there is a “right” and a “wrong” candidate to vote for. Odds are, after you research on your own, you’ll still be able to isolate a good and a bad option but at least this way, you can do so based on your own knowledge.

Admittedly, even when you do your own research, you’re not likely to find accurate results.

Take even the candidate websites, for example: politicians are widely regarded as skeezy for a reason.

Most of the things that candidates are “promising” to achieve, aren’t going to happen while they’re in office.

This might be a shock, but guess what? Presidents don’t have much power.

See, there’s this thing called Congress that checks their actions and ensures that any new law takes at least a decade to pass.

So you see, even if and that’s a big if a candidate actually decides to make good on their campaign promises, you won’t see results in four years.

Did you honestly think that Bernie Sanders was somehow going to accomplish “free college” in four years? That’s cute.

In any case, even if you’re unsure about the validity of your findings I’ve got good news: There is always another source. Keep searching.

Decide for yourself who is “right” and who is “wrong” for America.

Don’t piggyback off your parents votes and don’t blindly follow your celebrity idol.

This isn’t a Thanksgiving dinner table. This isn’t the MTV Movie Awards.

Regardless of who wins come November, make sure you don’t cast your vote under false pretenses. Start looking now.

And in these upcoming weeks when everyone under the sun encourages you to complete your voter registration first remember that if you don’t want to, the right to vote is your right and you shouldn’t feel guilty about not using it.

But if you do decide to use your right and vote do it educatedly.

Everyone is telling us that our generation of voters have the power to completely change America and hey, maybe that’s true.

But if we are going to make changes, we need to do so based on factual information not based on our elder’s opinions, internet memes or whatever your avorite celebrity tells you that you should do. 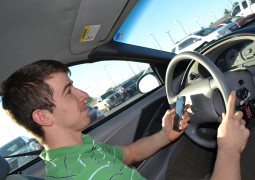 Looking in the film ‘Inside Out’ 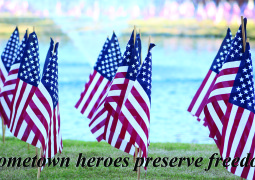 0 thoughts on “VOTE ON YOUR OWN”