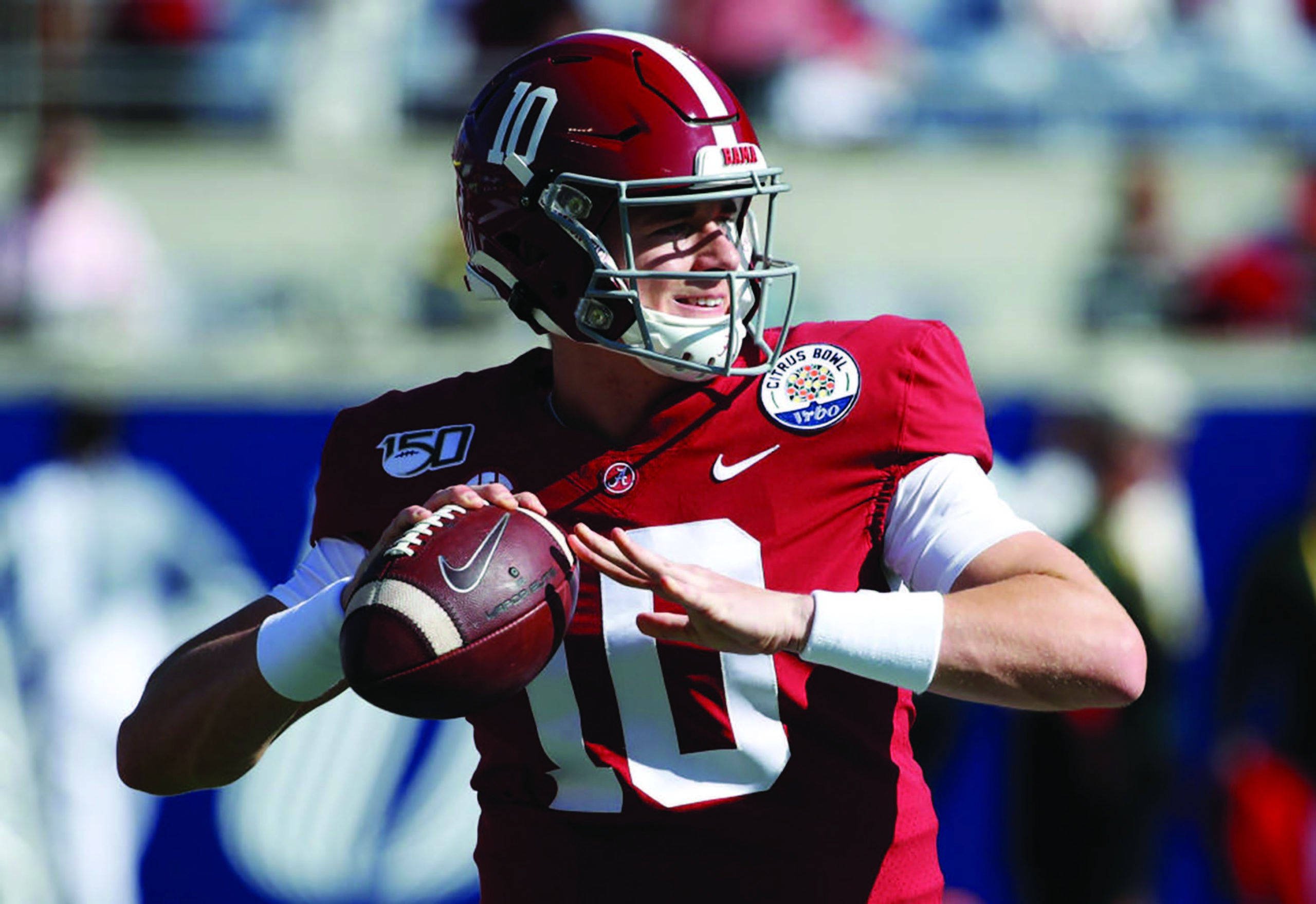 For many, the college football season officially begins this weekend.
The Southeastern Conference will finally kick off after delaying its schedule because of the COVID-19 pandemic, returning perhaps the strongest group of teams in the Power Five.

While the Big Ten initially postponed its fall season before reversing course and deciding to come back in mid-October, the SEC has held firm in its choice to begin a 10-game, conference- only slate this weekend, four weeks after the first Football Bowl Subdivision game of the season.

So far, so good, as no SEC teams have had to postpone their season openers yet. Here’s what you need to know to get up to speed on this SEC season, beginning with new starters at the most important position: quarterback.
Mac Jones, Alabama (at Missouri): Mac Jones, after starting four games last season for an injured Tua Tagovailoa, Jones was officially named QB1 this week after beating out five- star freshman Bryce Young.

Jones took command of a high-powered Crimson Tide offense in 2019, throwing 14 touchdown passes to three interceptions and averaging
10.7 yards per attempt while going 3-1, including a Citrus Bowl victory over Michigan.

His QBR of 92.7 from Oct. 5 on was the second highest in the country, trailing only Heisman Trophy winner and future top draft pick Joe Burrow of LSU.

Jones has the seventh best odds to win the Heisman, according to Bovada, and it’s easy to see why.

Star wide receivers DeVonta Smith and Jaylen Waddle return, as does running back Najee Harris and left tackle Alex Leatherwood, all of whom could be picked in the first two rounds of the 2021 NFL draft.

If Jones can be as efficient as he was last season, No. 2 Alabama is poised to win the SEC and return to the College Football Playoff.

Myles Brennan, LSU (vs. Mississippi State): All Brennan has to do is follow perhaps the best passing season in college football history.

Easy, right? His job is made even tougher by the departure of star wide receiver Ja’Marr Chase, who opted out of the season to prepare for the draft after setting SEC records last year for touchdown catches (20) and receiving yards (1,780).

The Tigers will also have to replace all but one starting offensive lineman, as well as first-round running back Clyde Edwards-Helaire.
In total, nine offensive starters won’t return from last season’s title-winning team.

Brennan, a junior, has had plenty of time to get used to SEC football, appearing in 17 games. But he’ll be without passing-game coordinator Joe Brady, who was a big part of Burrow’s ascendance and is now calling plays for the Carolina Panthers.

Coach Ed Orgeron is confident in his new starter, who might even have a stronger arm than Burrow, but Brennan has to get up to speed quickly after a disjointed offseason for No. 6 LSU to have a chance of defending its national title.

JT Daniels or D’Wan Mathis, Georgia (at Arkansas): Wake Forest transfer Jamie Newman appeared to have the inside track to be the Bulldogs’ starter before opting out of the season.

Now, Daniels, a former five-star prospect who transferred from USC, and Mathis, a former four-star prospect, are battling for the starting spot.
Complicating matters even further is the health of Daniels, who had a second knee procedure in January after suffering a torn ACL early in the 2019 season and hasn’t been officially cleared to play.

Veteran coach Todd Monken takes over as offensive coordinator after spending the past four seasons in the NFL with the Tampa Bay Buccaneers and Cleveland Browns, and he’s tasked with turning around an offense that has underwhelmed relative to expectations, given the top- tier talent Smart has continued to recruit.

Whether it’s Mathis or Daniels under center, No. 4 Georgia is looking for more from its starting quarterback.

Feleipe Franks, Arkansas (vs. No. 4 Georgia): Franks started 24 games for Florida over three seasons before suffering a season-sending ankle injury against Kentucky last season, giving way to backup Kyle Trask, who helped lead the Gators to an 11-2 season.

A former four-star recruit, Franks had an up-and-down career in Gainesville, at times looking like a legitimate dual- threat quarterback (24 passing touchdowns, seven rushing touchdowns in 2018), but he struggled to complete more than 60% of his passes and threw 17 interceptions in 28 games.

He won’t be afforded the same level of talent he enjoyed at Florida, with the Razorbacks expected to be among the league’s worst teams after back-to-back 2-10 seasons.

Still, he’s got more potential than the players Arkansas has recently been trotting out under center. K.J. Costello, Mississippi State (at No. 6 LSU): Perhaps no quarterback in the country has a better chance to make a Joe Burrow-esque leap than Costello, who takes over Mike Leach’s Air Raid offense after three seasons at Stanford.

The 6-foot-5 senior was an efficient and productive passer with the Cardinal, averaging nearly 8 yards per attempt and throwing 49 touchdown passes in 29 games. Now he’ll be leading an offense under Leach that has finished in the top five in passing yards in four of the past five seasons at Washington State.

Whether that translates to wins in Starkville remains to be seen, but Costello could be one of the most talented passers Leach has ever had.
Collin Hill, South Carolina (vs. No. 16 Tennessee): The Colorado State graduate transfer overcame three ACL surgeries to beat out Ryan Hilinski for the starting job.

He threw for 3,323 yards and 23 touchdowns with 11 interceptions in 18 games with the Rams and brings more experience to the position than Hilinski, who threw 11 touchdown passes and five interceptions in 11 games last season as a true freshman.

Shi Smith, the Gamecocks’ second-leading receiver in 2019, returns, but Hill will have his work cut out for him to lead South Carolina to a winning record.

If he succeeds, it will be one of the best stories of the year.
Connor Bazelak or Shawn Robinson, Missouri (vs. No. 2 Alabama): First-year coach Eli Drinkwitz hasn’t made a decision yet on his starting quarterback.

Robinson, a former four- star prospect who transferred from TCU, is a true dual threat, rushing for 230 yards and three touchdowns and throwing nine touchdown passes in 2018.

He also threw eight interceptions for the Horned Frogs, but has a big arm and the potential to be a dynamic playmaker. Bazelak completed 15 of his 21 attempts for 144 yards as the backup last season before suffering a serious knee injury. Given health and upside, it’s likely Robinson gets the nod in week one against Alabama.

Ken Seals, Vanderbilt (at No. 10 Texas A&M): According to win total odds from ESPN’s SP+, the Commodores have a 40% chance of going winless this season, and just a 1% chance of winning four games.

Seals, a former three- star prospect, is one of four scholarship quarterbacks listed on the opening depth chart as a possible starter, but the 2019 Mr. Texas Football semifinalist is the most talented of the group and likely gets the nod.

Other storylines to watch Spencer Rattler’s first true test: The Oklahoma quarterback dazzled in his first college start, but that was against FCS Missouri State.

A new era at Ole Miss: The Egg Bowl rivalry became even more fun this offseason with the hiring of Leach at Mississippi State and Lane Kiffin at Ole Miss. Kiffin, who led Florida Atlantic to a 27-13 record and two bowl wins in his three seasons in Boca Raton, takes over a program that has been reeling from NCAA sanctions.

There’s no nonconference schedule to ease into the season, so he’ll have to shake off some rust against No. 23 Kentucky.

Miami’s hot start: Can the No. 12 Hurricanes keep rolling? Houston transfer D’Eriq King has ignited the offense, which has combined for 78 points in the first two games.

BYU is back: The No. 18 Cougars, who host Troy on Saturday night, return for the first time since their 55-3 drubbing of Navy on Sept. 7 after their game against Army was postponed last week because of coronavirus concerns.

If they can play anywhere close to the level they reached in the season opener, they have the chance to run the table and be a big factor come bowl season.

Pittsburgh pride: The No. 21 Panthers defense is legitimately terrifying,
checking in at No. 2 in ESPN’s SP+ efficiency rating through two games, albeit against soft competition.

It might not be enough to carry Pitt to an ACC title, but if the offense comes together, the Panthers could be a stumbling block for Notre Dame, Miami or Clemson. 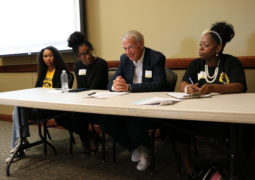 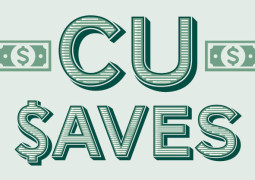 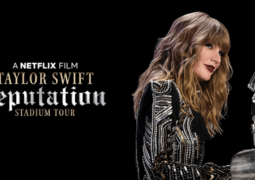 0 thoughts on “Southeastern Conference Quarterbacks you need to know”