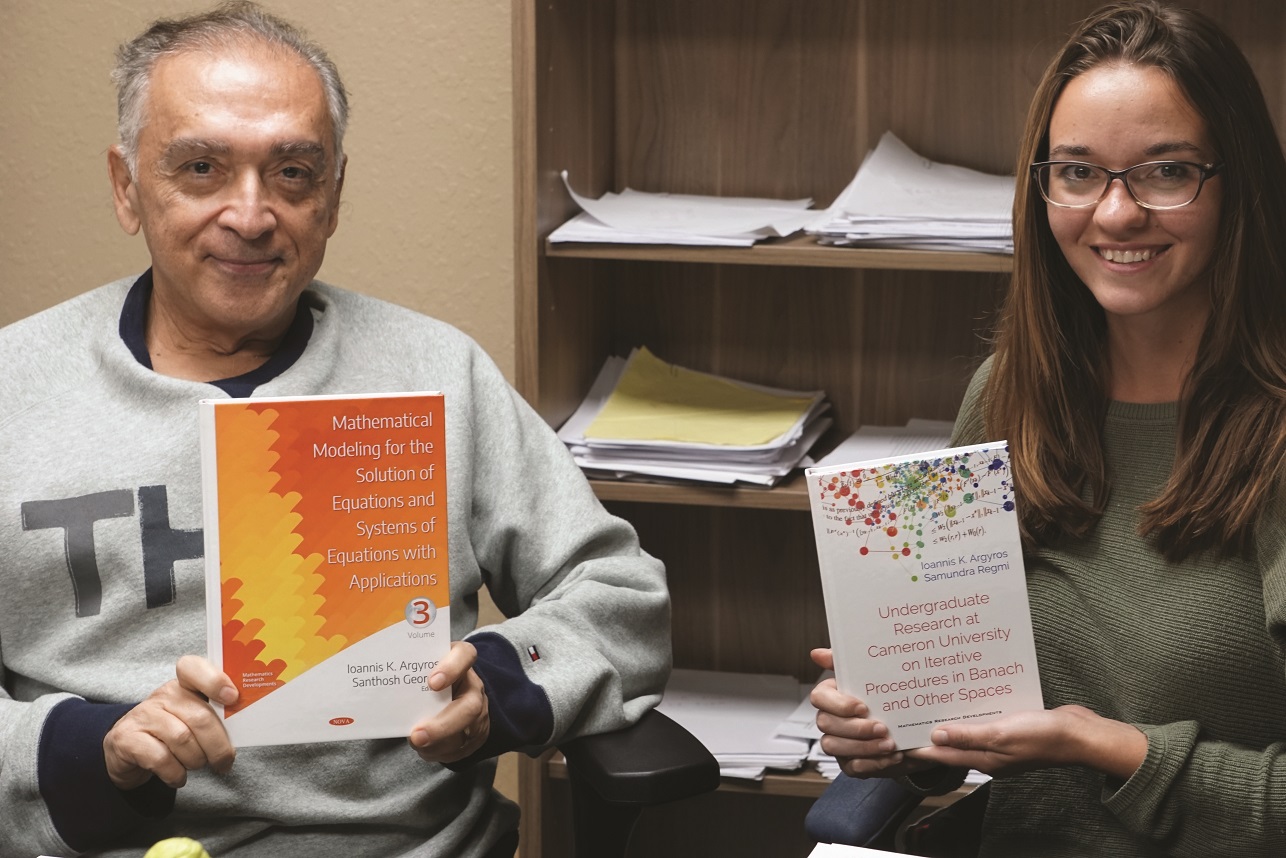 Mathematical Sciences Professor Dr. Ioannis K. Argyros is yet another one of Cameron University’s dedicated professors who is passionate about his field and about sharing his knowledge with his students.

Students who walk into Argyros’s office might not initially pick up on that passion, but they would notice the neat stacks of papers lined up on his desk and his shelves.

As he rifled through one of those stacks looking for a news article about his recent book release, he mentioned that he liked to be organized.

It helped him facilitate the research and scholarship happening in Cameron’s Mathematical Sciences department — the results of which his student research assistants have presented at conferences and in textbooks.

Argyros co-authored two recently released textbooks: “Mathematical Modeling for the Solution of Equations and Systems of Equations with Applications. Volume III” with Dr. Santhosh George of the National Institute of technology in Kurukshetra, India, and “Undergraduate Research at Cameron University on Iterative Procedures in Banach and Other Spaces” with recent Cameron graduate and Argyros’s former undergraduate research assistant Samundra Regmi.

Regmi, who is now pursuing an Applied Mathematics graduate degree from the University of North Texas (UNT), also has five research papers published with Argyros, with more on the way.

Regmi said that the writing process with Argyros was very challenging, since he constantly asked for changes.

“But he was justifying why those changes were needed,” Regmi said. “Dr. Argyros was teaching me a new language called ‘Mathematics.’ I had no clue that this is what mathematics entails. Nobody had explained that to me before with so much accuracy and passion.”

In Argyros’s Greek accented English, he identified the root of mathematical research.

Argyros finds ways of reaching students and explaining important elements using metaphors such as math as a language, which was handy when Cameron introduced the Survey of Mathematics course for Humanities majors.

“It was for kids that don’t like math,” Argyros said, “but I’m teaching it every, seems, once or twice, maybe three times, a year. I enjoy teaching it, and there are results. Some of them jump from humanities, go into sciences because of the stimulation that takes place in that course.

“We are in the business of education, right? So, whatever can stimulate the student, or the audience if they are not necessarily students, but practitioners or researchers, because otherwise it gets boring, right? So, you have to stimulate people, so they can listen to you and be more effective.”

While she wasn’t introduced to Mathematics through the Survey of Mathematics course, Mathematics Senior Yauheniya Schviadok transferred from Computer Science and became Argyros’ research assistant once Regmi left for UNT.

Schviadok took a summer internship and needed help with some of the concepts integral to the work she did, so she turned to Argyros for help, and he became her mentor.

“It just makes him very different from other professors,” Schviadok said.

Schviadok said that Argyros set a high bar for professors, to which Argyros responded with a joke about being a high jumper when he was younger.

Schviadok presented her and Argyros’ most recent work, “Developments in the Semi-Local Convergence Analysis of Newton’s Method,” at the Cameron Mathematics Department Seminar for Undergraduate Research on Oct. 23 and will present their work again at the 2020 Joint Mathematics Meeting in Denver, Colorado.

Argyros stays engaged in the greater Mathematical community and ensures his students have the opportunity to do so as well.

“This keeps you alive, you know, because otherwise, if there is no energy or activity around you, you feel bored. So that keeps me alive, and I will keep doing it until somebody comes here 3 a.m. or 4 a.m. and finds me on the floor.”

For more information about Argyros or his collaborative publications, contact Argyros at ioannisa@cameron.edu. 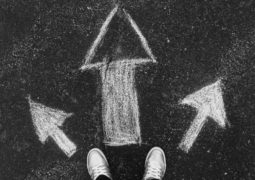 Illusion and Choice: Where do we go from Here? 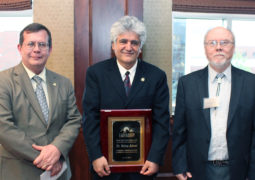 0 thoughts on “Mathematics as a second language”