In 2019, changes were made to the Presidential Leaders and University Scholars program, PLUS.

The PLUS program is a leadership development program that offers recipients focused training in every aspect of the leadership process—from ethics to decision-making, practical experience to the job search—for the beneficiaries of the scholarship.

Cameron University President John McArthur discusses the reasons leading to the qualification changes for PLUS.

“Two things,” McArthur said, “a regular review of student success and then a change of program director.”

Through a review of overall student success, a large portion of probation and suspension of scholars occurred during their freshman years.

These disciplinary actions were dealt to students that changed their declared majors, which caused their Grade Point Average (GPA) to fall below the required 3.0.

McArthur said, that in order to combat probation and suspension levels, the required 3.0 GPA lowered for freshman PLUS scholars to a reduced 2.5 GPA during their first year of the program.

The change also allows for scholars to find majors that suit their interests rather than degree programes they feel they can pass.

The second change relating to student success McArthur outlined was to the necessary amount of credit hours PLUS Scholars must enroll in each semester.

Previously needing to enroll in fifteen credit hours a semester, PLUS Scholars in years 1 through 4 must now meet a specific number of hours at the end of the respective academic years:

It is also necessary for PLUS Scholars to maintain full-time study, which is categorized as a minimum of twelve hours.

The idea is that at the end of their time with the PLUS program, 4th years will be graduates as well as community leaders.

Because of Burgess’ retirement in Spring 2019, McArthur took over the direction of the PLUS program.

Regarding returning PLUS Scholars, the effect of these changes described by McArthur take some academic pressure off of incoming PLUS freshmen.

“I hope it will help them choose their majors based on their passions; on what they want to do,” McArthur said, “rather than choosing a major based on what they think they can do GPA-wise.”

President McArthur Encourages students to follow their interests and pursue their personal goals throughout their academic journey. 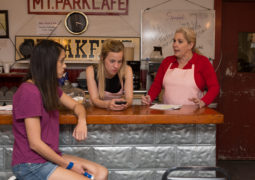 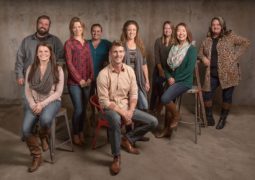 GOP candidate want to do away with state income taxes

0 thoughts on “Change Comes from Within”