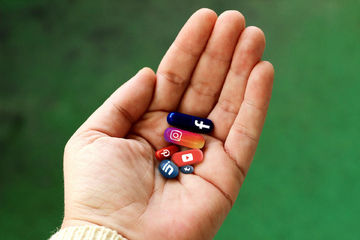 In 2015, I unceremoniously quit all my social media.

I didn’t give out any warnings to my friends and family—I just did it.

My main motivation was getting away from all the nonsense: the silly updates, the mindless interaction, the need to check my feed every second in case I miss something—it was a life-dominating thing, sucking out my happiness and forcing myself to judge my being based on the amount of likes I gained.

It took me a while to figure all these detrimental effects out, but once I did, I could never un-see them. It took me years of wading through the self-doubt of seeing lives better than mine splashed across fake over-saturated photos; the social anxiety of personal achievement comparison between myself and people who irrelevantly lived thousands of miles away; the intrinsically addictive nature of scrolling through vitriolic “debates,” immature insults, nonsensical drama and group-thinking echo-chambers.

Most of all, though, I realized that social media was creating an alternative version of myself—a fake persona I adopted specifically for social media profiles. “This person isn’t me,” I thought, cringing at an awkwardly smiling photo of myself I just posted onto Instagram. “This isn’t me.”

It’s not that I couldn’t handle those things—it’s that I was exposed to them every second of every day, even when I tried to get away from it. Deletion became the only respite.

It was a shocking move then, as—much as many others believe—I thought my life would become much the duller.

I believed I would begin missing out on every important factor that played a part in all my relationships’ lives—that I would be sucked into the dark abyss of social ignorance.

It created a massive sense of anxiety. “Would I even realize what is going on in the world without this?” I wondered, absentmindedly glazing over the hundreds of updates my “friends” posted onto Facebook.

It was in that moment, though, that I came to two solid conclusions: I don’t care what these people are going through or what they’re doing, and—something that still holds true for me today—that humanity isn’t ready nor mature enough for the overbearing nature of social media.

We as a species weren’t mentally prepared at the beginning of social media’s emergence, and we aren’t now years down the line; those adversely affected particularly being children, teenagers and young adults.

In fact, according to a survey conducted by the Royal Society for Public Health over individuals from the ages of 14-24 (in the UK), those studied reported feeling that the platforms Snapchat, Facebook, Twitter and Instagram all led to increased feelings of depression, anxiety, poor body image and loneliness—couple this with 91% of this age bracket using the internet for social networking and the rapid rise of anxiety and depression in young people over the past 25 years (an increase of 70%), and you have a serious mental health crisis.

When I was using social media, I think I understood some of these things—in the very back of my head, at least.

I pushed it away because, after all, it made me uncomfortable to be some sort of “victim” within the system—I despised that very notion but knew that I had to face the reality.

Social media has, in lots of ways, ruined direct communication and the way of truly facing difficult ideas.

Before Instagram accounts went viral, for example, many teens hung out in person or wandered around with their friends, building real, tangible social circles.

Yeah, it may have looked like a lot of aimless wandering, but it was teenagers growing up: trying out social skills, experimenting with ideas, succeeding and failing in real-world circumstances that so many younger people today miss out on.

When friendships and relationships are built online through instant messaging, people are doing this in a context torn away from the intimidating and fulfilling aspects of face-to-face communication.

After all, it’s much simpler to keep your guard up while texting, so less is at stake—there is no instant-hearing or seeing the effect your words have on another human being.

It isn’t in real-time; there are long periods for response.

For modern kids and teens, the main amount of communication revolves around getting home, sitting in a room and looking at a screen, not another person.

For so many now, even a phone call is considered “too intense”—the requirement for direct communication may come across as scary.

How are things coming to this? Is this not the epitome of disturbing?

Clinical Psychologist and author of “The Big Disconnect” Dr. Catherine Steiner-Adair said that as a species, humanity is highly attuned to reading social cues—and screen-based indirect communication creates a barrier to clarity and empathy.

“There’s no question kids are missing out on very critical social skills,” she said. “In a way, texting and online communicating—it’s not like it creates a nonverbal learning disability, but it puts everybody in a nonverbal disabled context, where body language, facial expression and even the smallest kinds of vocal reactions are rendered invisible.

“Part of healthy self-esteem is knowing how to say what you think and feel even when you’re in disagreement with other people or it feels emotionally risky.”

This over-reliance on hiding and needing screen access for effective communication is a scary thought—particularly when social media allows for large groups of people to “congregate” online and continuously express the same feelings and opinions over-and-over—creating a bubble of group-think that reinforces this sort of anti-social behavior, making people feel like they’re okay even when they’re not.

It’s a narcissistic world that relies on being relevant online. An online world that eats itself.

Even look at the concept of bullying. Before social media made its striking appearance on the world stage, bullies who picked on kids kept it at school, and their victims would find a safe haven at home.

Now, however, the rapid rise of cyberbullying has left victims even more mentally depressed and anxious. Social media creates an inescapable fantasy world.

So, what’s the solution? Is there one?

It would be ignorant and naïve to deny the positives of social media—in fact, the ability to communicate with people across a wide, global spectrum is nothing short of amazing.

We live in a lucky era that allows for this. It’s the over-reliance, though, that plays that critically negative role.

It’s the addictive sounds, colors and movements that prey upon the susceptible—the little pops of liking a photo; the need to just keep on scrolling; that amazing dopamine boost when you get an obscene amount of likes that are “validating” your existence.

To combat this, we could tout personal responsibility, yes—and as a huge advocate for this measure of thought in general, I would usually agree with the sentiment.

But is social media a safe, secure and non-damaging experiment for growing people? Or does it establish an intrinsic need for the product—an insatiable hunger for more presence online?

Is this healthy for younger people, who are so much more susceptible to social dictations and the need to fit in for social establishment as they grow into adulthood?

“All things in moderation.”

It’s a long-lasting saying for a reason.

In doses, social media may not be damaging—it could even be beneficial.

However, the easy ability to slip down into the hole is always there. The bridge must be made out of stone or metal—not sticks.

An entire generation is growing into a world that has full access to these things—children who don’t know a world without it.

When entire lives revolve around a speck of online existence, it may be the death of real, human interaction—and it could be traumatic for the future. 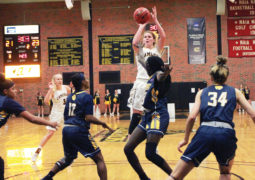 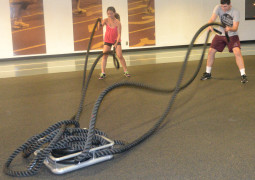 Working it out at the Rec Center 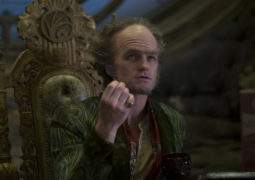 0 thoughts on “The bottomless pit of social media”