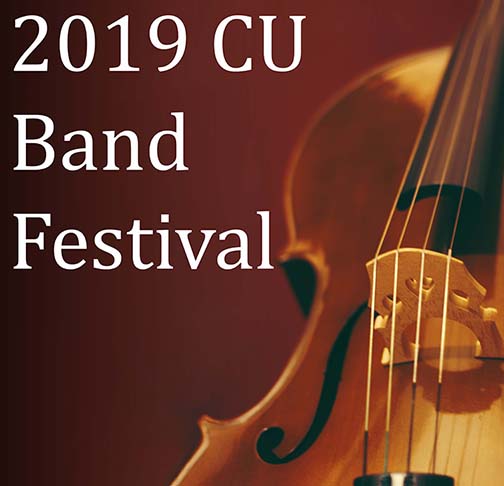 Cameron University’s band director Dr. Claudio Re said every year the festival is changing, and new things are being added. He is proud to know that a simple idea has now become a reality.

“Everything you see around us, first starts out as an idea in the mind of someone,” Re said. “This also started as an idea in my mind. And so, all you have to do is get it to action.”

Re said he hopes to add new and associating events, so that the festival will grow into a weekend long event.

At 7:30 p.m., on Feb. 21, Cameron University’s band collaborated with the local Fort Sill 77th Army Band to present a free concert for Cameron students, faculty and the Lawton community.

Beginning rehearsals last fall, the bands had the option to later perform music that did not restrict the bands to a specific theme.

Re said he feels that musicians shouldn’t limit music to one particular theme because it limits possibilities to the students.

“I stopped planning concert programs in terms of themes,” Re said. “I try to focus on the quality of music and on the genre and style that we need to feed our students in order for them to grow.”

At 11 a.m., on Feb. 22, the second day of the festival consisted of a departmental festival, followed by a clinic that involved local high school bands.

The band invitational showcased the Cameron band student’s level of proficiency, giving the high school students an opportunity to witness what the department has to offer.

The Kappa Kappa Psi band fraternity performed during the invitational and helped with the set up for the second day of events.

Junior music performance major and president of Kappa Kappa Psi Jason Villarreal said the eight-member fraternity is like the right-hand man to Re when it comes to the band festival and any service projects in the music department.

Villarreal said that it’s a good opportunity to showcase a specific genre of music to students.

After the recital, both high schools had the opportunity to do a one-hour clinic with Re, Cameron’s jazz instructor Dr. JD Little and Chief Brenmark, helping each band with their contest music.

The clinic ended with a lunch for the students, sponsored by Cameron’s admissions department, and a campus tour.

Villarreal said that he hopes to continue to play a part in the future band festivals.

“It’s great to get high school involvement,” Villarreal said. “And it’s a good reach out program for the university.”

For more information about future festivals or band related events, contact Re at cre@cameron.edu or 580-581-2802. 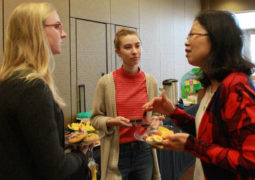 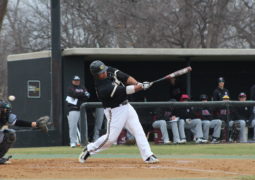