At 5 p.m. on Sept. 25, in the Science Complex,, the Mathematical Sciences Department hosted their annual “Math Jeopardy Night, open to all CU students.

The event started off with free pizza courtesy of the math department and followed with a game of Jeopardy that included questions related to the field of mathematics.

The game consisted of six categories with four teams, which were team “Hopeful”, team “Superbad,” team “Work,” and team “Clueless.”

CU Mathematics Instructor Christopher Sauer said the purpose of the event was to help students become more confident in their abilities to understand mathematics.

“The biggest thing you notice with people and mathematics is that they are afraid to make mistakes,” he said.

“If you can get people past that point where people are too afraid to answer a question, then you can actually see what they know, and they can modify their learning experience.”

Cameron Freshman Biology and Chemistry major Juan Nunez said he heard about the event from his math teacher.

Nunez said it was a good opportunity to increase his general knowledge of mathematics.

“Some of the stuff I didn’t really understand,” he said. “But then when I looked at it, it was a lot simpler than it was.”

Sterkel said the event offered him the opportunity to socialize with his Cameron peers.

“We decided it was a fun idea,” he said.

For more information about upcoming events, contact the Mathematical Sciences Department at 580-581-2481 or visit room B001 in Burch Hall. 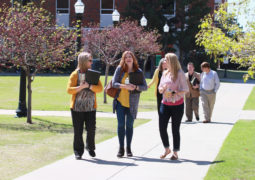 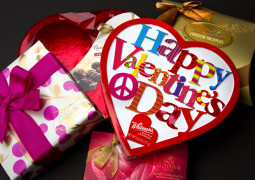 A look at love on campus