A senior recital is a graduation requirement for the vocal music performance degree.

Prucha said the mental preparation for the recital was a working progress.

“Basically, I just have to keep telling myself I’ve practiced this,” she said. “I can do it because I’ve done it before and I know my stuff; it’s just another practice session.”

The program consisted of 16 songs.

First, Prucha sang “Eja, Mater, fons amoris” by Giovanni B. Pergolesi. The song is about Mary, the mother of Jesus, when she watched him being hanged on the cross.

The piece portrays the mother’s feelings of sorrow and weeping.

The second piece, titled “Piu M’Impiaga Quell Cilgio Nero” by Alessandro Scarlatti, is an Italian representation about a beautiful woman who holds a black eye color.

“That piece specifically is talking about how if you love for beauty, youth and money, then don’t love me,” she said. “If you love for love, then love me.”

Prucha said the song choices in the recital were a collaborative effort between herself and her voice teacher Doris Lambert.

“There were a few things I have done in that past that I wanted to resurrect for the recital,” she said. “Then the others were songs Ms. Lambert thought would be best for my voice and the recital.”

Prucha said her favorite song to perform is “When I Have Sung My Songs” by Ernest Charles.

“It’s about when I have sung all my songs to you, then I wont sing to anyone else,” she said.

Prucha said it can be challenging singing in front of a crowd, but she has certain methods for alleviating performance anxiety.

“I’m a little self-critical,” she said, “but I don’t think that I could have done it any better. I do a super hero pose for five minutes before my performance.”

Prucha has been singing since a young age—this past year is her sixth year as a vocal performance major.

She said she plans to audition at choirs around the community, as well as audition for musicals.

“My real goal is to work for child welfare collection services,” she said. “The music is just for me. I finally did it, I finally finished and I feel great about it.” 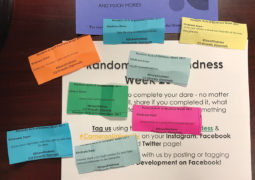 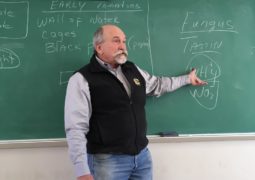