This semester, there is a new organization on campus: The CU Earth Club.

“I just felt like it was a good opportunity,” Craig said.

Craig established the club in Fall 2017 with a group of friends, and since then, membership has risen to sixteen students.

Club member and senior communication major Kristopher Mayfield is pursuing a minor in environmental science due to his awareness for environmental issues.

“I cared more about where things ended up than the rest of my family,” Mayfield said, “so that is something that has developed as I have grown as a person over time.”

Mayfield’s goal is to gain a prolonged sense of awareness for the environment, not just for himself, but for others as well.

“There is so much about environmentalism that is seen as opinion when it is actually fact,” Mayfield said, “I just want to make it clear that it’s okay to have subjective feelings, but the fact is we need to do something.”

To encourage community support and fundraising, Kaylee Craig has reached out to other organizations to assist with club activities.

“Right now we do not have any sponsors,” Craig said, “but we are in contact with the Sierra Club, a chapter in Oklahoma, so hopefully we can get them to come down and talk to us.”

The Earth Club kicked things off at their Sept. 7 meeting with a discussion over their first event, Recycling Month.

Craig said the event will take place in November, but in the mean time, the club will focus on recruitment and event awareness.

“Usually the flyers get put up for about a week and then they get thrown away, so we like to use social media,” Craig said.

Earth Club is open to people of all backgrounds and majors. 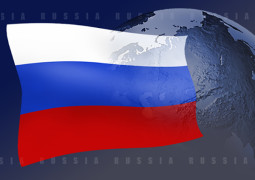 0 thoughts on “The Earth of a New Organization: CU Earth Club Kicks Off First Year”