Starting at 9 a.m., hundreds of students lined the doors of the McMahon Memorial Auditorium, with anticipation of their long-awaited competition.

One of these students was Josh Gibbs, a senior at Marlow High School and a fourth-year speech and debate competitor.

In the past, Gibbs won third place for his dramatic interpretation at a state contest and eighth place at the same competition for his monologue.

Looking forward for the rest of the year, Marlow has about three more speech and debate competitions for the year, and Gibbs has some high hopes for those as well.

“I hope to do better and succeed in the future and just to be a better actor as a whole,” Gibbs said.

For many students, getting to perform in competitions would not be possible without the help of the speech advisers.

In the case of Gibbs, that advisor would be Paula McConnell, who coaches the speech and debate team for Marlow High School.

McConnell has spent many years as a speech and debate coach, so she has seen many outperform what is expected of them, but for her, this year is a different one.

“This is probably the happiest group, where every day I love going to teach,” McConnell said.

“I try not to necessarily think ‘are we going to be at the top?’” she said. “I just want us to do good work and whatever happens, happens.”

Not only was this a first-time experience for many students who competed, but also it was a teaching mechanism for those wanting to coach a speech and debate team in the future.

Putnam-City student-teacher Ian Eastland has only been teaching speech and debate for a few weeks leading up to the event, but he still has some extensive experience when it comes to speech and debate processes.

“I have been involved in speech and debate since my freshman year of high school, so about eight or nine years now,” Eastland said.

In the short time that he has been working as a student-teacher for the Putnam City speech team, Eastland has helped the team prepare for what lies ahead.

“This process has been kind of off and on,” Eastland said. “We just have our speech and debate stuff integrated into our regular theater classes, so we try to mix the two in so our kids get a mix of traditional acting and speech and debate acting.”

Although the Cameron University speech and debate team hosted the event, the team will not be doing any competitions themselves for the foreseeable future until they find someone to replace the former speech and debate coach, Sarah Collins.

For more information about the Cameron Speech and Debate team, contact Christopher Keller at ckeller@cameron.edu. 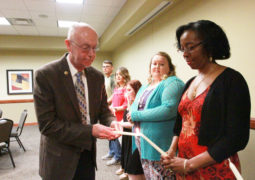 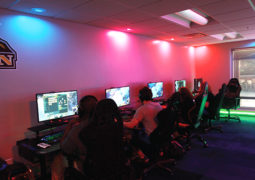