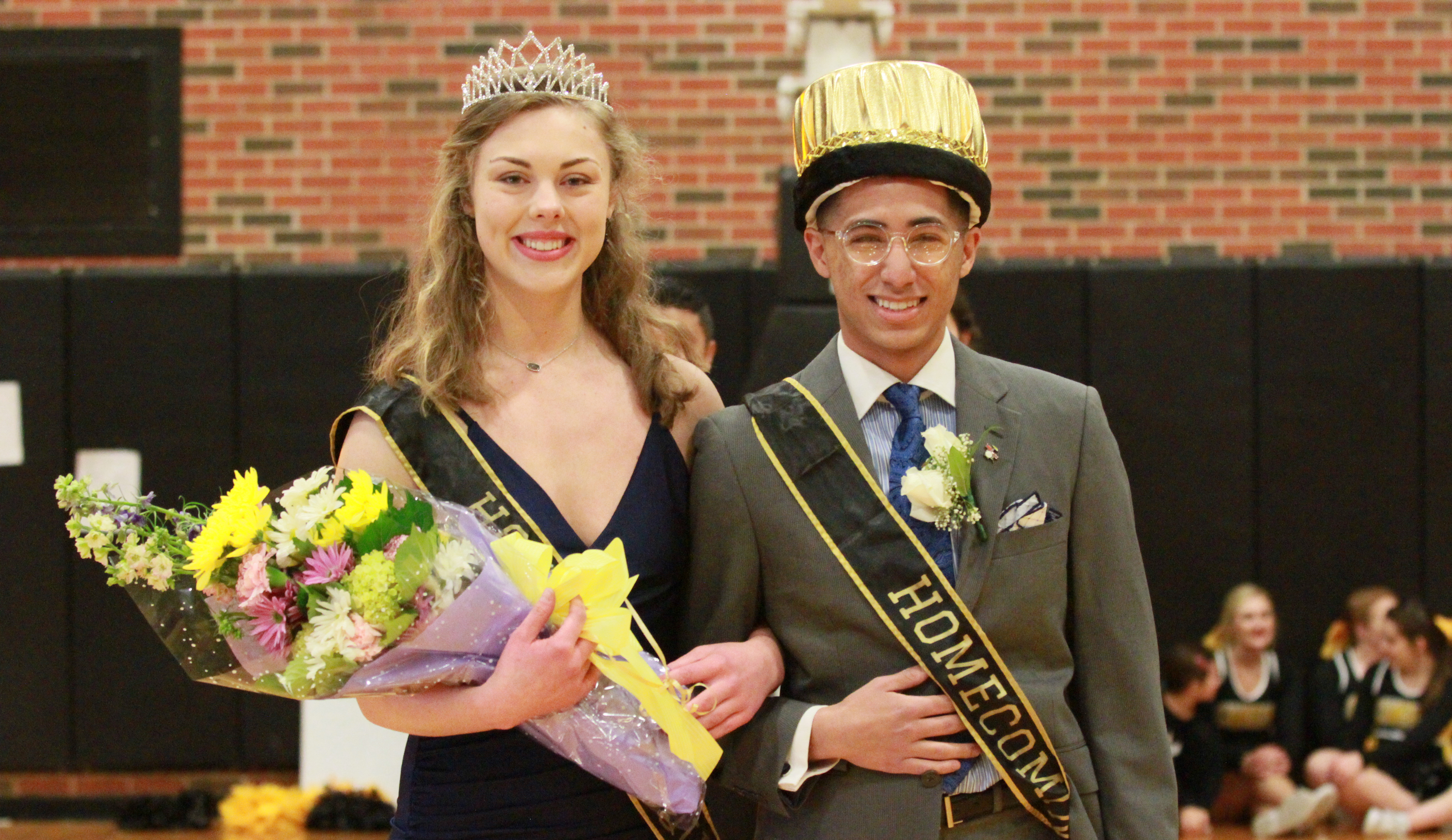 Cameron University concluded “An Aggie Fairytale” Homecoming week with the coronation of the 2018 Homecoming King and Queen during halftime at the men’s basketball game on Feb. 10 in the Aggie Gym.

Brown represented the Honors Students Society, while Polynice represented the Diversity Diplomats. Both said they felt overwhelmed by the support they received from their fellow students.

Brown said the win exhilarated her – she shook as she walked to be crowned.

“I knew I had a lot of strong competition,” she said. “When they said my name, I stood there for a second. You’re like ‘Did that really just happen?’ It made me feel like you work so hard for something and then you finally get it.”

Polynice said he felt relief wash over him when his name was announced, like weights had been lifted from his shoulders.

“I was stressing the entire week,” he said. “I was nervous. You put in all these hours of campaigning and talking to people […] All those people you spoke to and texts and social media, those votes actually mattered.”

During the interview process, the panel asked potential candidates what their favorite fairytales are. Polynice answered with Aladdin, while Brown said Snow White and the Seven Drawfs.

Polynice said he accepted the nomination because he felt he could accurately represent Cameron’s diverse student population.

“From the outside, ethnically, I’m diverse from my background and culture,” he said. “My mom’s Puerto Rican and my dad is from Haiti, but also within academic and extracurricular activities, I’ve done ethics tournaments, I’m in the [CU] Percussion Ensemble, I’m a STEM student, and I also act on the side.”

A member of Phi Kappa Phi, Gamma Sigma Epsilon and the Cameron Honors Students Society, Brown said she campaigned for the title on social media, particularly on the Cameron University Group Facebook page.

“I wanted to be able to connect with different people,” she said, “and I think that’s a big thing. You can’t go in just knowing one set of people. With my campaign, I tried to grab ahold of my resources in all areas.”

The first runner-up queen and king were Haley Berry from the CU Aggie Club and Kristopher Mayfield from CU Model United Nations.

“Happiness isn’t a trade-off,” he said. “After I got runner-up, I received several congratulations, and even some sympathetic looks. Y’all should know me well enough to know I don’t like feeling like I’ve failed, but I also don’t wallow in it for long.”

Second runners-up were Megan Magness from Chemistry Club and Suresh Sunuwar from the CU International Club.

Other king candidates were Curtis Holmes from Psi Chi and Abhaya Poudel from the Cameron University Nepalese Association.

The remaining queen candidates were Chavicia Flanders from the Student Alumni Association and Tiffany Sullins from the Health Professions Society. 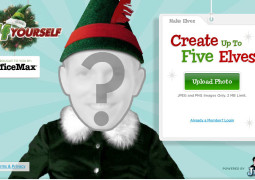 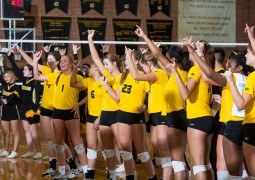 0 thoughts on “An Aggie Fairytale”