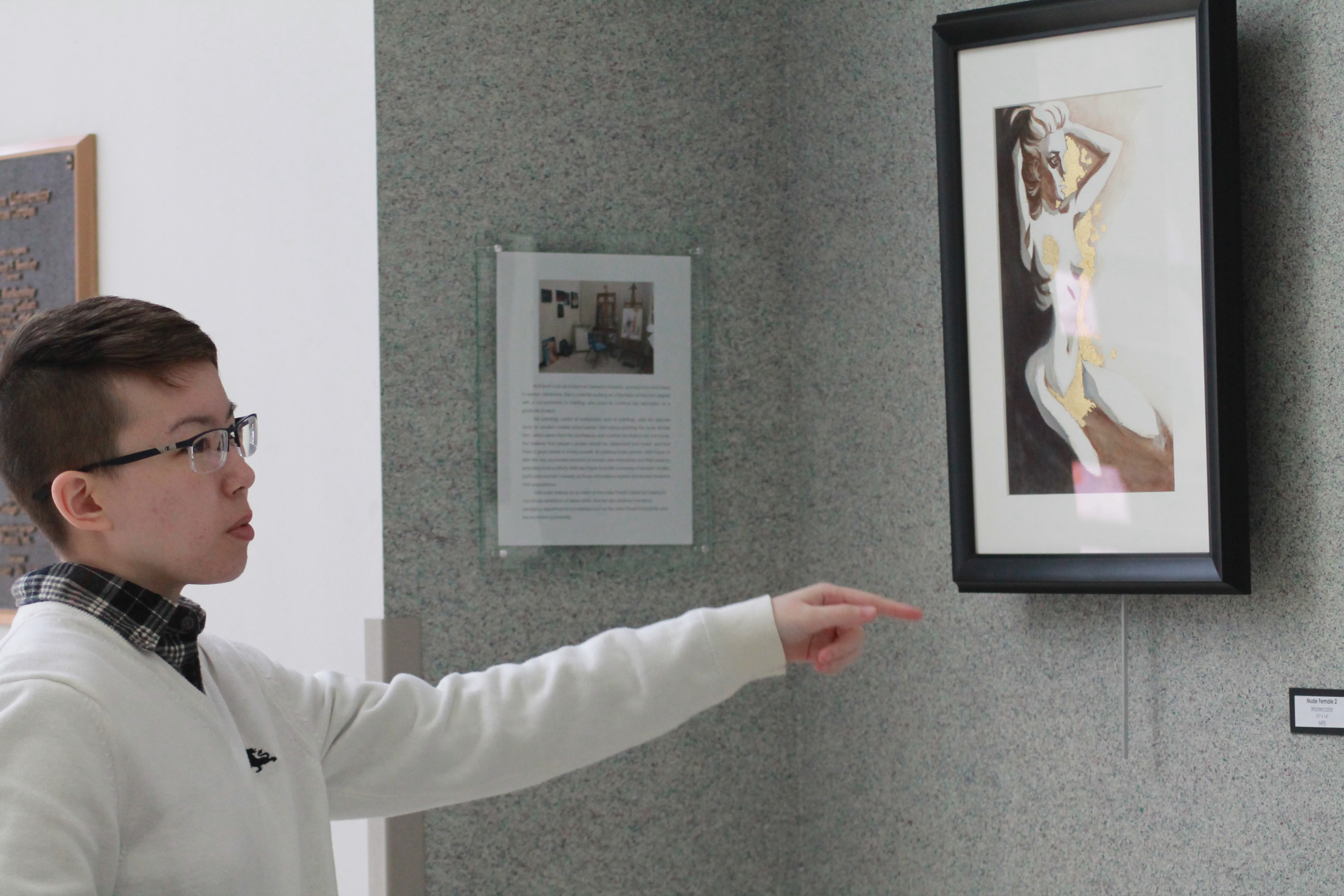 One half of the exhibition features Smith’s senior thesis project, and the other half will be presented in Spring 2018.

Smith said that the ideas behind her feminism art pieces revolved around womanhood and body positivity.

“It’s about the love and appreciation you have for oneself,” she said, “and trying to be more accepting of who you are and what you like.”

She said she got the idea around the time Donald Trump got elected as president, with the event triggering the feminism concept.

Smith did not have much interaction with painting during high school, despite taking some art classes.

“I was never that serious about it,” Smith said. “I didn’t become serious about my artistic and academic career until this year.”

Smith has also entered pieces of her artwork to different universities in Oklahoma.

Two semesters ago, one of the pieces got accepted into a competitive exhibition at Southwestern Oklahoma State University in Weatherford.

Smith said that Linehan and Liontas-Warren did so much for her artistic capabilities and future career.

“They have such a passion and drive to create work that makes me want to be the same as them,” Smith said.

As Smith’s senior year approaches, she said that life after college has constantly been on her mind.

“With my decision to go off to grad school,” she said, “I knew that it would be extremely different from undergrad. It would be more rigorous and that’s kind of when I said to myself ‘Okay, I can’t goof around anymore.’ I really need to get serious about this.”

Smith has applied to colleges in Iowa, Massachusetts, Texas and Colorado.

After her years at Cameron and with her future plans to attend grad school, Smith decided that she wants to pursue the career of being an art professor.

Smith said that she wants to be able to teach other people who are interested in art, too.

“I really want to be able to teach future artists,” she said, “and be able to help them grow artistically and intellectually. The same way my professors have taught me.”