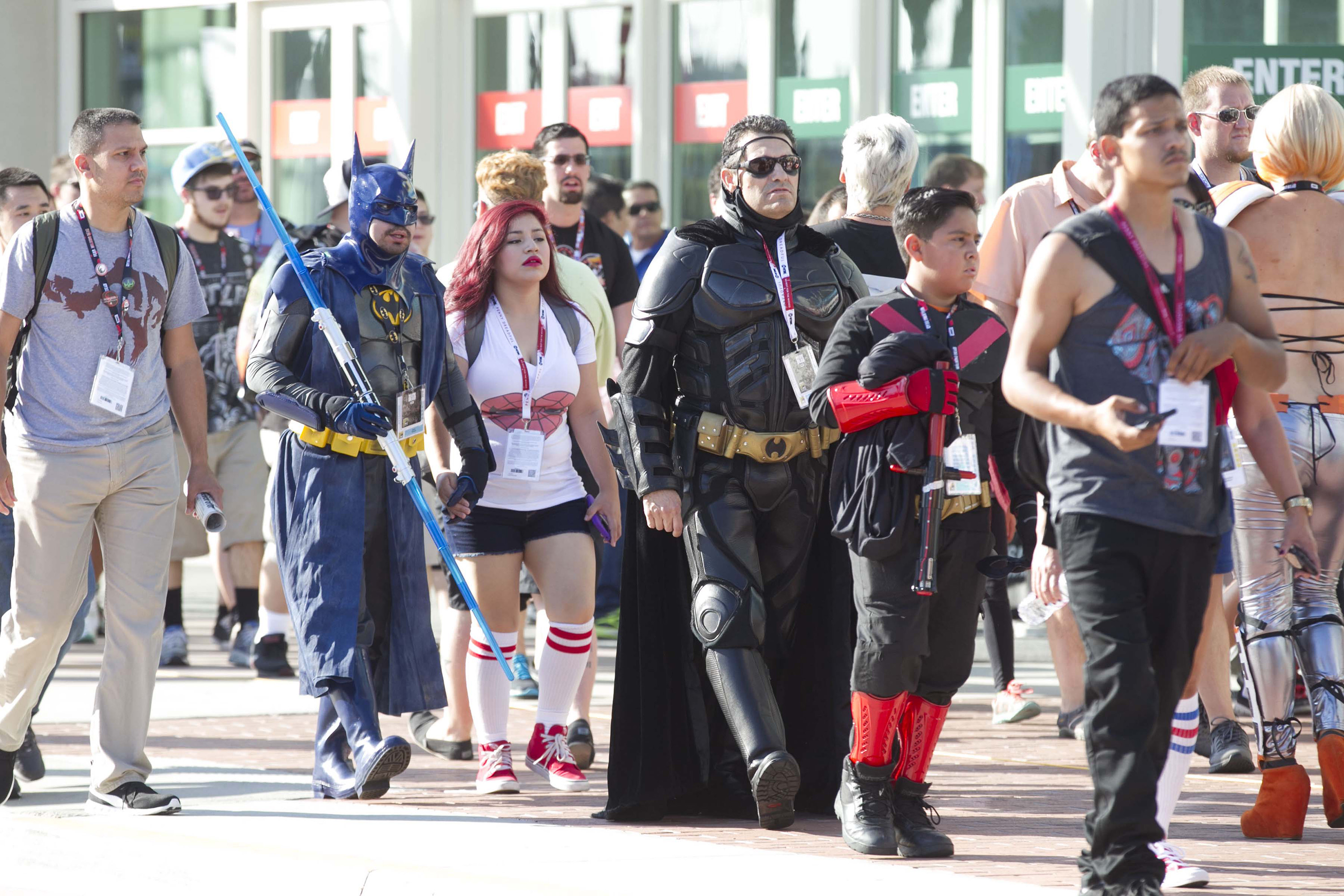 For a long time, comic books have been at the center of the conversation when it comes to defining nerdiness. Superheroes, science fiction and fantasy have been mainstays in nerd culture thanks to the influence of comics and the prose authors who inspired comic creators.

With a theme like “Cameron Comics” for this year’s Homecoming, we can celebrate not only our university but also all things nerdy because of the mainstream acceptance of comics.

Two or three decades ago, though, nerdiness was something comic readers and similar individuals had to hide out of fear of bullying. Now, they can wear their pride more loudly with fanworks, merchandise and other fandom paraphernalia.

But to some, with great expressed nerdiness comes great perceived responsibility.

Within nerd culture – and fandom culture as a whole – many diehard fans participate in a process called “gatekeeping.” Those who hail themselves as true fans question newer enthusiasts to assess their level of belonging into the fandom. Sometimes, it can be a good-natured way to introduce a neophyte to some nuances or niches within the franchise.

Other times, it excludes individuals in ways similar to the bullying many older nerds experienced in their school-aged days. It is an act people like Kaitlyn Booth of Bleeding Cool said brings pause to the identity of fandom.

Yet, it still happens across fandoms, with longtime fans attempting to be the hero they feel their franchise needs or deserves. So they quiz newbies on trivia so obscure that many only diehards have the potential to know the answer – perhaps for situations like these.

It’s something Alyson Carpenter of She Attack points out, as if these grillings were part of the civic duty of nerds to weed out the people who only join in to be cool.

“A lot of us put years into our love of nerdy things,” she said, “carefully crafting small and intricate fandoms and communities. Suddenly everyone’s going to Comic-con because of some reality show. Naturally, we’re [going to] be a bit territorial.”

Booth made similar points in her piece, adding that welcoming new fans into the land of nerdiness could appear to be an encroachment upon sacred ground.

“We are so prone to feeling attacked that we perceive ‘change’ as an attack,” she said. “We perceive evolution as a personal attack.”

But one of the most notable changes in the nerdy landscape involves intersectional inclusion.

For a long time, the typical depiction of a nerd was a white guy who spent more time on historically accurate model making, comic book analysis or binge gaming than socializing. Other misconceptions stigmatized them as outcasts with mental delays (a problematic concept in itself).

They were receivers of the aforementioned bullying for loving what they loved.

With nerdy things becoming more mainstream and inclusive, though, the perception of a nerd has changed to anybody who loves comics, games and media of the ilk. It broadens the audience more – which means that there are more eyes on the media to notice its drawbacks.

Early comics catered to the nerd demographic, so protagonists were predominantly white males portrayed as everymen who rose above obscurity or as empowered heroes. Women were predominantly damsels in distress. When individuals of color were in comics, they weren’t often depicted diversely or fairly.

So now modern fans and creators are clamoring for and producing more inclusive content, doing everything from creating new diverse characters to reproducing canonical representations of main characters with different racial, gender and sexual identities. This movement runs counter to the traditional mindset of many comic book fans.

The movement against it expresses itself in reactions like the Gamergate scandal that hit its peak in 2014 and 2015, acting under the guise of instilling ethics in gaming journalism. However, many of the proponents of Gamergate proliferated hate speech and embodied a persona that was against anything non-traditional (in this case, non-white or non-male).

But it always seemed to boil over the most when it involved the addition of women, whether on page or in discourse. Katie Spears of Odyssey Online wrote about the almost insurmountable hurdles many women face involving toxic gatekeepers.

“A girl may have read ‘The Lord of the Rings’ five times,” she said, “but if she can’t speak Elvish, then she is obviously an imposter in the eyes of the guy interrogating her.”

She did recognize how this phenomenon happens to new male fans, too. But she added that there are glaring differences between the reactions.

“It is not nearly as likely that a man wearing a Batman shirt will be stopped in the middle of his walk to class to answer a question about his opinion on the most obscure issue of the comic,” Spears said. “There is no danger in having interests that are simply casual rather than all-consuming if you are a man.”

She described the archetype of malicious male gatekeepers: men who, as boys, learned and self-imposed the beliefs that girls would not be into them because of their nerdy tendencies. This idea would lead to them putting down women in ways that inflated entitlement to their niche domains and further fueled the self-fulfilling prophecies of getting no dates.

In short, the typical gatekeeper learned incorrect and toxic belief systems that instilled in them a sense of fragile victimhood for being a nerd – and a male one at that.

This assertion acts in great juxtaposition to the concept of precarious manhood, a psychological concept that illuminates masculinity as a lofty goal that, if jeopardized, shatters self-image. If someone questioned a man’s sense of manhood, defenses like aggression and overcompensation work as a counterattack to even perceived threat.

Admittedly, gatekeeping is not exclusively male in the nerd community. Many nerds even do such things subconsciously and automatically.

But the conscious persistence of exclusion and derision has many downfalls, something Carpenter pointed out.

“Acting as though you’re the superior fan because of seniority or knowledge is detrimental to the community,” she said. “It’s likely driving away any new fans, making the fandom itself look bad.”

There is more to the toxicity in some nerd circles and to the similar harmfulness involved in precarious manhood, but that act of exclusion is the exact opposite of why so many people enjoy being part of a fandom: the familial aspect of bonding with someone over a shared interest.

It also further fuels misconceptions that threaten the landscape of being a nerd.

It’s something that needs to stop.

Fandom needs to be inclusive. It needs to have diversity. It needs to be a welcome platform for anyone – marginalized or not – to express their love for the things in pop culture we enjoy so much.

Most of all, it needs to be a safe haven of happiness away from the doldrums of the world – not another way to bully innocent fans.