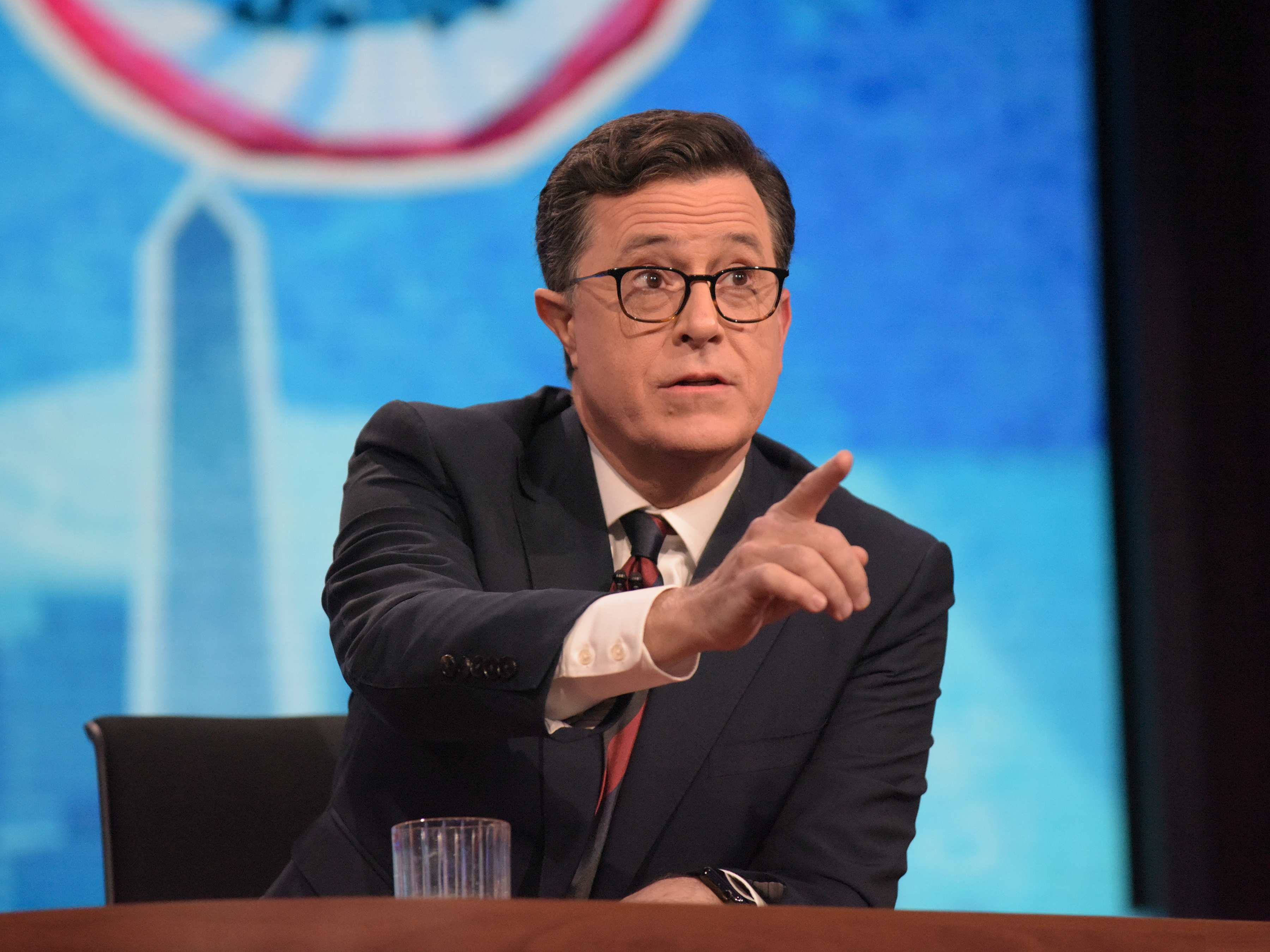 Satirist Stephen Colbert summed up the most recent political season perfectly during the conclusion of his live coverage of the 2016 Presidential Election.

“This has been an absolutely exhausting, bruising election for everyone,” he said.

Exhausting. Bruising. Two verbs that have connotations of despair and borderline violence.

Sounds like the election the Founding Fathers wanted, right?

This political cylce culminated in a heated competition between Democratic candidate Hillary Clinton and Republican Donald Trump. Even more heated, though, were arguments, debates and general interactions among their supporters.

Even with the election wrapped up, the flames have yet to extinguish.

The business mogul and Vice Presidential running mate Mike Pence won the election with 277 electoral votes compared to Clinton’s 218, despite the former Secretary of State’s win in the popular vote. This news comes to the chagrin of some, to the mirth of others. Either way, one thing is for certain:

Donald Trump will be the next President of the United States.

Personally, this statement is not within my belief system. Frankly, I find it beyond me to consider a person embroiled in so much controversy, a man with such a long rap sheet in the court of public opinion, can serve as the Commander in Chief of our nation.

I have spoken my outrage at his comments regarding being able to grab women by their genitalia because of his wealth and fame. It still angers me to this day that he has the audacity to believe an assertion such as this one, much less belive it to be true. It doesn’t help that these comments arise with accusations of sexual assault and reports of entering dressing rooms at pageants he sponsors.

And this deplorable air of entitlement and disrespect to women only scratches the surface of why I do not like Trump’s practices.

During this election season alone, he has called veterans with PTSD weak, insulted a reporter with a mental disability and conflated his business successes with the sacrifices of men and women in our military. He downplayed the severity of being a prisoner of war. He selected a running mate who has actively made life more difficult for lesbian, gay, bisexual, trans and other non-heteronormative individuals in his state.

In short, he did everything in a way that stands against everything I and many others believe.

But others felt no such worry about our new President-elect.

They have an opinion and, more importantly, the right to voice that opinion, whether through voice or through vote. I will defend their right to do so because so many people fought and died for the ability to vote. I will still be civil.

But that doesn’t mean that I agree with what they say, and I will remind them of that fact. It doesn’t make me comfortable, because agreement with Trump’s mindsets and rhetoric makes me take pause as to what a person’s belief sets are and, more importantly, if they could infringe on things I stand for and hold dear.

Above all else, it doesn’t mean that I’m not afraid, because, to some extent, I am scared.

Now, I recognize that this reaction may teeter in the realm of irrationality to some. I further recognize that there are many extant policies in favor of the tenets I hold close. Regardless, I cannot seem to shake the worry I have regarding the state of politics today.

The unfortunate fact of the matter is that I am not the only person who fears for the future of our country, and those who voted for Trump are not the only people who are. Colbert mentioned this conception in his live show.

“By every metric,” he said, “we are more divided than ever as a nation.”

In short, each side of the commonly perceived political binary is afraid of the other.

It leads many to wondering how things became so contentious, so toxic, that our discourse cannot seem to go on without antagonization. Colbert proposed one theory as to the origin of this division – especially this year.

“We drank to much of the poison,” he said. “We take a little bit of it so you can hate the other side. It tastes kind of good, and you like how it feels. There’s a gentle high to the condemnation.”

Indeed, the concoction of vitriol, trepidation and misinformation overload had an adverse effect on how we interact with each other, or at least how we did during this election.

Colbert recalled his childhood, citing the Watergate scandal with President Richard Nixon as the moment where trust lines started to fray – especially in the shadow nebulous the Vietnam War. But he added that he and his family avoided political talk, sticking with safer subjects.

“Politics used to be something we talked about every four years,” he said, “And that’s good that we didn’t think about it too much because it left room in our lives for other things and for other people.”

Other people. According to author John Green, it’s the meaning of life. Indeed, we do not live in a vacuum, and the importance of other people in our lives goes without stating.

But when supporters of one candidate begin to act in xenophobic, homophobic or Islamaphobic ways now that their candidate won, it only fuels the fear many associate with this presidency.

There have already been reported incidences of Islamic women forced out of their hijab. Other women of various backgrounds have experienced threats and actions that fall in line with Trump’s statements about genitalia grabbing. Many individuals have noticed the previously covert racism they perceived in the past have turned into overt acts of prejudice against them.

Suddenly the fear has a veneer of reality, a victory celebration turned into a bacchanalia of lewdness.

Then people point out the injustices that occur. And others will come to the defense of the perpetrator.

“I think the people who designed our democracy didn’t want us in it all the time,” Colbert said. “Informed? Yes. Politicking all the time? I don’t think so.

“They designed an election that was meant to confuse us and bore us a little bit,” he said. “But now politics is everywhere, and that takes up precious brain space we could be using to remember all the things we actually have in common.”

In the face of fear, though, it’s hard to see what we have in common. But, at the end of the election, we all have one thing in common: We are tired of this election.

Maybe that fact is the common ground that could start to unite us. At least Colbert thinks so.

“Whether your side won or lost, we don’t have to do this s*** for a while,” he said. “You can keep your American flag up, but you can take off your American flag hat. You can put away your ‘I Voted’ stickers get back to your life.

“Above all, we, as a nation, agree that we should never, ever have another election like this one.”