At 6 p.m. Feb. 6 at the University Theatre, the Black Students Association (BSA) will be hosting the 37th annual Miss Black CU Pageant show.
Candidates have to have the personality, charisma, and confidence not only to participate in the pageant but also to win the $1200 scholarship provided by the BSA.
There are five contestants this year who are getting ready to give a good show on that day and they are Toluwalope Adeyemi, Reagan Williams, Sarae Simpson, Sujana Rupakheti, and Alexsis Page.
Taylor Thompson, coordinator of Diversity Affairs and the pageant, said the purpose of the event is initiate Black History Month celebrations for the BSA on Campus.
“The Miss Black CU Pageant is kind of a kick off for Black History Month for the BSA,” Thompson said, “so the pageant is sponsored by that organization and it is always held the first Saturday in February”.
Thompson, who was also a winner of the same crown in 2008, talked about who is eligible for the pageant. She said the pageant is open to all female students at Cameron.
“Right now there is no defined age limit,” she said, “but the maximum age is 27, but those rules are likely to change in the future”.
She also said that the student has to be a fulltime student the semester before in order to compete in the pageant.
Page, a junior journalism and media productions major, decided to join the pageant because she did a pageant in high school, and loves watching the Miss United States pageant show.
“I did a pageant in high school,” she said, “and I really like watching like the Miss America pageant, so I felt like I could win, so I was like, ‘Why not try this one?’”
She also said the process has been stressful, with the limited time to practice as her only complaint, but Thompson makes things really easy for all the contestants with a strict schedule she helps the girls stick to.
Thompson also mentioned that the audience wouldn’t partake in deciding the winner. Rather, there would be five judges, two of which will be former winners of the pageant.
She said the importance of the pageant is about sisterhood. They teach the girls to be friends with one another unlike other pageants were they sabotage themselves.
Page also said being with the other contestants has taught her how to deal with other personalities, and she will continue to talk with these girls even after the pageant.
“We’ve all learned how to like help each other out,” Page said. “You build the friendship with these girls, I mean I feel like these girls are really cool, and I will continue to talk to them even after the pageant.”
Thompson also said that they teach the girls the importance of community service; each year they do an event for girls aged 5-17. This year contestants worked together to conduct a charm school.
Page said she’s got what it takes to win, because she has the advantage of facing a crowd.
“I think I have a little bit of an advantage compared to the other girls because I’m a journalism major,” she said, “so I’m okay with being in front of a crowd and being on stage. I’m a Theater minor so I really don’t mind being in front of a crowd, so I think that’s the one benefit I have but I still do have to work just as hard as the other girls to maybe even win.”
The cost of admission is $10 at the door for ages 6 and up. For more information about the Miss Black CU Pageant, contact the Office of Diversity Affairs at (580) 581-2209.

Alexsis Page
Alexsis Page is a 22 year old junior majoring in Journalism and Media Production. Her platform is Suicide Awareness. She is the daughter of Allen Page. Her hometown is El Paso, Texas.

Toluwalope Adeyemi
Toluwalope Adeyemi is an 18 year old sophomore majoring in Medical Technology. Her platform is Preventing Child Sexual Abuse. She is the daughter of Olusegun and Taiwo Adeyemi. She is from Lagos State in Nigeria.

Reagan Williams
Reagan Williams is a 21 year old freshman majoring in Music Education. Her platform is The Importance of Arts in Schools. She is the daughter of Thomas and Dina Williams. Her hometown is Wahiawa, Hawaii.

Sujana Rupakheti
Sujana Rupakheti is a 21 year old junior majoring in Biology. Her platformis The Need of Animal Experimentation in Medical Field. She is the daughter of Mr. Navaraj Rupakheti and Mrs. Bishnu Maya Shrestha. She is from Hetauda, Nepal.

Sarae Simpson
Sarae Simpson is a 19 year old sophomore majoring in Biology. Her platform is Supporting School-Aged Children from Impoverished Backgrounds by Combatting Hunger and Childhood Illiteracy. She is the daughter of Mr. and Mrs. Bruce Simpson. Her hometown is Fayetteville, North Carolina. 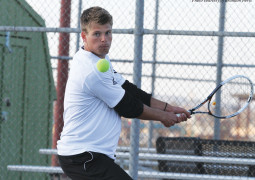 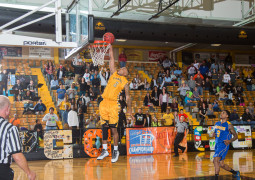 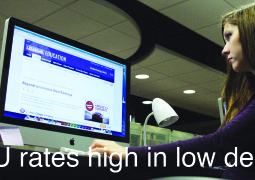