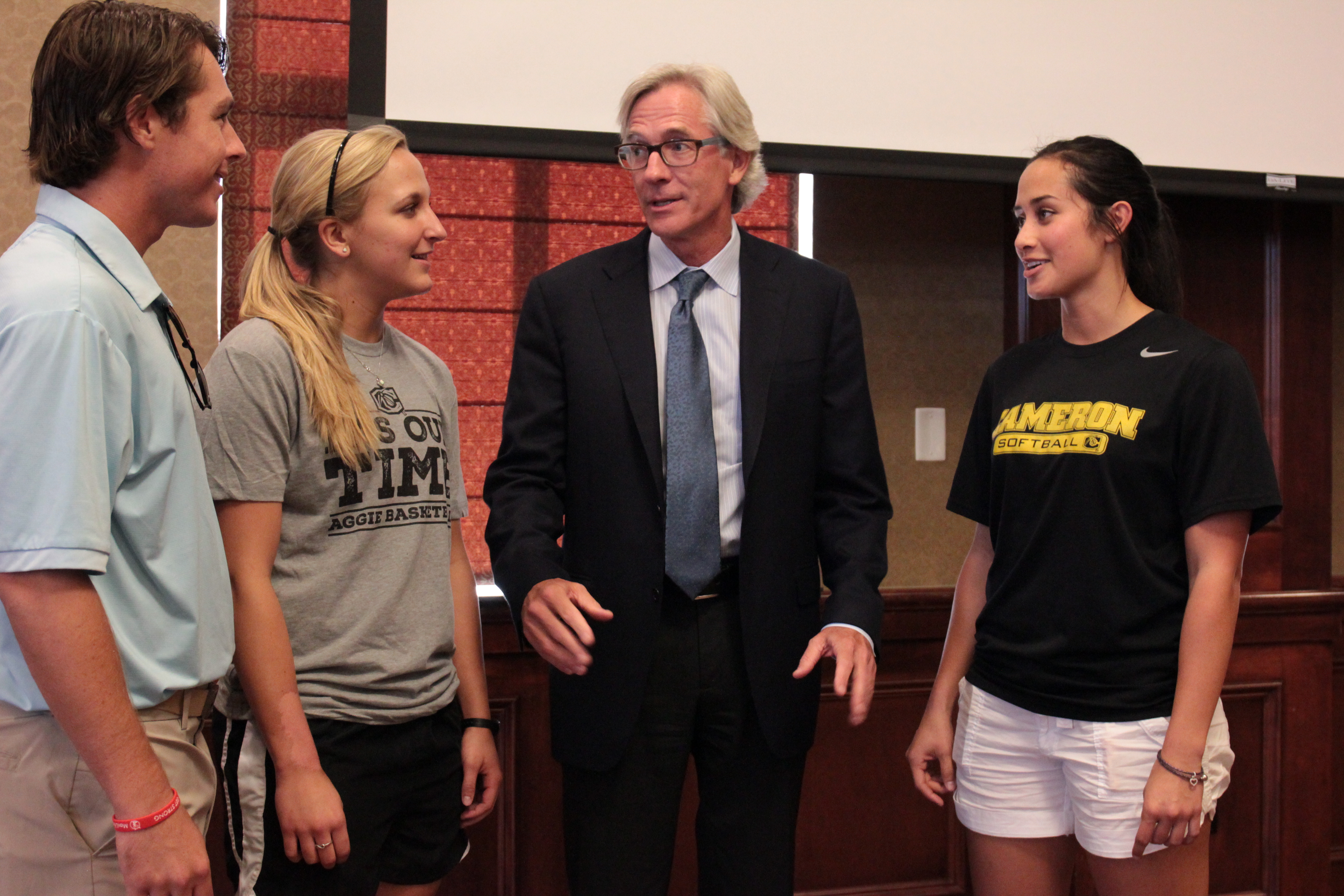 Dr. Brian Hainline, the Chief Medical Officer of the NCAA, welcomed back Cameron student-athletes with a presentation on Aug 17 in the McCasland Ballroom.
He began his presentation by expressing NCAA core values that reach beyond the sports the public is exposed to through televised media.
“When you ask people out in the world what the NCAA is, a lot of people think it’s the football and basketball games they see on TV,” Hainline said, “but what we see on TV is just 3% of the NCAA. I really believe that the heart and soul of the NCAA is right here: it’s with the college student-athletes and the schools.”
As the first Chief Medical Officer for the NCAA, Hainline oversees the NCAA Sport Science Institute, a national center whose mission is to promote and develop safety, excellence, and wellness in college student-athletes, and to foster life-long physical and mental development.
Hainline continued by sharing his personal experience dealing with pressure and mental health struggles as a college student-athlete from his time as a tennis player at Notre Dame. He said he began losing matches he should not have lost his junior year and realized he was depressed and as a result, quit the tennis team.
Although Hainline returned to the court his senior year, he recalled the memories of his trials as he began his medical school residency to become a neurologist.
“As I became a neurologist, I began to look at mental health and understand a few things. If you’re an athlete, and you’re depressed, you’re more likely to get injured. We also know that if you’re depressed while injured, it will take you longer to recover. If you really want to succeed, you must be in touch with your mind and body.”
Hainline witnessed first-hand the impact of depression on an athlete’s performance as chief medical officer of US Open tennis championships and encouraged student-athletes to seek the resources to help them during times of need.
In addition, he expressed the importance of sleep and nutrition to an athlete’s recovery process.
“For every time you push yourselves out on the field for two hours intensely, you have one hour to recover from a hydration and nutritional point of view. After that first hour, you’re ability to recover is impeded over 300%. To recover you must take time off.”
Hainline made the stop at CU as a part of his two day trip to Lawton which included visits to the Fit Kids Coalition, the Ft. Sill MWR, local physicians and Cameron’s Sports and Exercise Science Department.