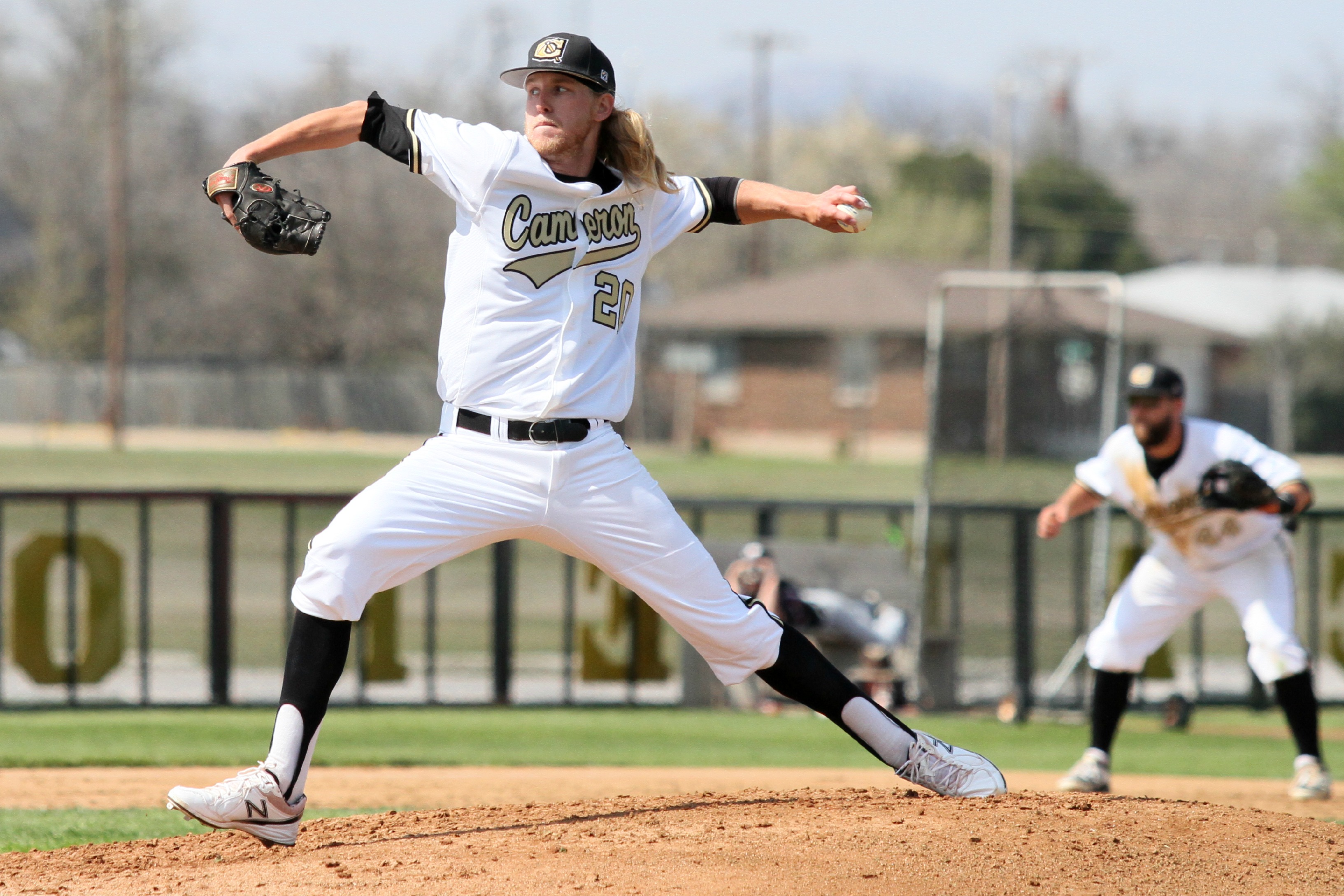 The Cameron University baseball team wanted to start the month of April off with some wins going into a three game series on April 3-4 against the Angelo State Rams.

In the bottom of the seventh inning, with two on base, Tyler Palmer grounded out to the pitcher with a bunt. Brandon Wright bolted home on Palmers hit to score the only run in the first game. Cameron lost 2-1.

To take the series, CU had to win both games on April 4.

Angelo State came out swinging to get two runs to begin the double header. Cameron answered ASU in the bottom of the second to tie up the game at two a piece. In the bottom of the third, the Aggies brought home another run off a double by Steven Swingle to bring Wright home.

In the top of the fifth, with bases loaded, the Rams’ Derek Tyner swung for a single to center field to advance all the runners a base and bring Sam Kohler home.

Paxton DeLaGarza flied out to center field. Next up to bat was Cameron Massengill who hit a double to left center to bring Tyner and Nehwon Norkeh home. Cameron wasn’t able to answer ASU’s three runs.

In the top of the seventh inning Angelo State ended the game by scoring a final run. The Aggies lost 6-3 while the Rams carried momentum into the second game of the day.

In the last game of the series, ASU put runs on the board first hoping to keep their win streak going. Looking to stay competitive, the Aggies tied up the game with a hit down the left field line by Palmer to bring home Justin Winters in the fourth inning.

Angelo State scored a total of six runs in the fifth and sixth innings to take back their initial lead. Cameron earned one run in the seventh to make the score 8-2, but ASU had an answer with one run in the eighth.

Cameron took back two runs in the bottom of the ninth inning to try to rally back but they would fall short losing 9-4.

After losing the three game series, the baseball team is now fourteen and nineteen overall and eighteen and fourteen in conference play. They have lost their last five games.

The Aggies have five home games remaining; their next home game will be a doubleheader on April 14th at 1 p.m. and 3 p.m. against Southeastern Oklahoma State University.