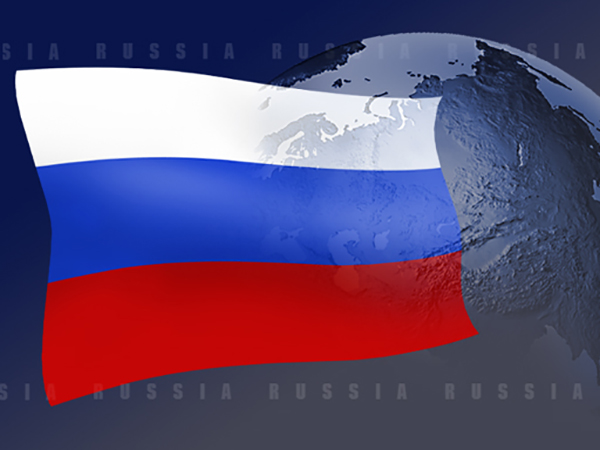 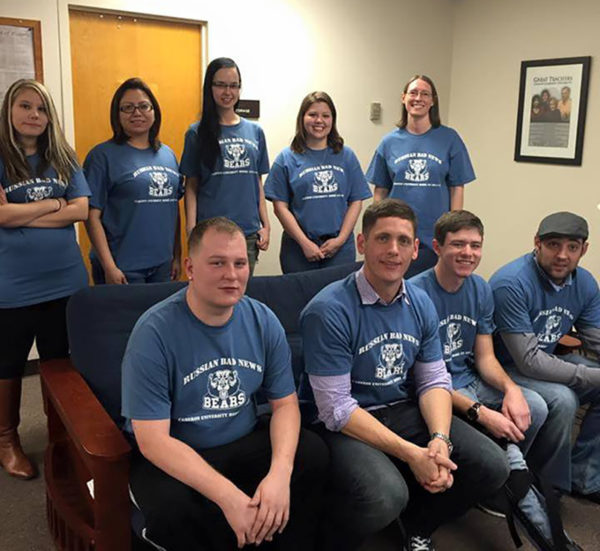 “Students step into the shoes of ambassadors of countries that are members of the UN … The students, better known as ‘delegates,’ debate current issues on the organization’s vast agenda.”

Assistant Professor of Political Science Dr. Wendy Whitman-Cobb said the Cameron team represented the Russian Federation at the conference this year and had been preparing since last year.

“They worked through the summer,” she said. “They met at least once a month in the fall, and we moved into twice a week at the end of the fall and into the spring semester. They read about Russian history [and] Russian policy.

At the conference, different groups of people voted on who would receive awards.

“Performances were judged by committee chairs and the staff members of Midwest Model UN,” she said, “who look for how well students work together across different delegations, as well as in teams.”

“Kelly High was [awarded] the best delegate on the security council,” Whitman-Cobb said. “[Her winning] scenario was that Russia was cyber-attacked by a firm that was sponsored by the country of France, so they [students] had to figure out: how are we going to solved this problem without escalating us to war?’”

To Whitman-Cobb, the best part of the conference was observing the students as they participated.

“I like to see the students get into it and be able to go, ‘Wow, I can’t believe I did that,’ and get so excited that they were able to accomplish something,” she said.

Next year, the Cameron team will be representing the country of Chad, and Whitman-Cobb said all students are welcome to attend, regardless of their majors.

According to a press release, “Cameron University’s participation in the Midwest Model UN was funded through the Dr. William L. and Barbara Scearce Endowed Lectureship in Political Science,” which Whitman-Cobb said “was really fantastic … We try to keep costs to students as low as possible.”

She said students who participate in the event receive many benefits.

“It helps with teamwork abilities, negotiating abilities, international knowledge, as well as just knowing about the UN and history,” she said.

“If you’re going into business or any other field, those are really valuable tools – communication tools, the ability to write, the ability to negotiate. It’s a great resume builder, and it’s a great skill builder for when you get out in the real world.” 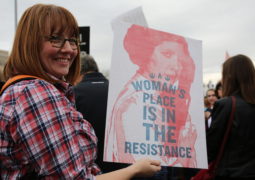 Posters from the Edge: Fisher, Leia and the March 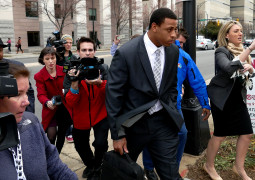 The Hard Truth: Domestic Violence and the NFL