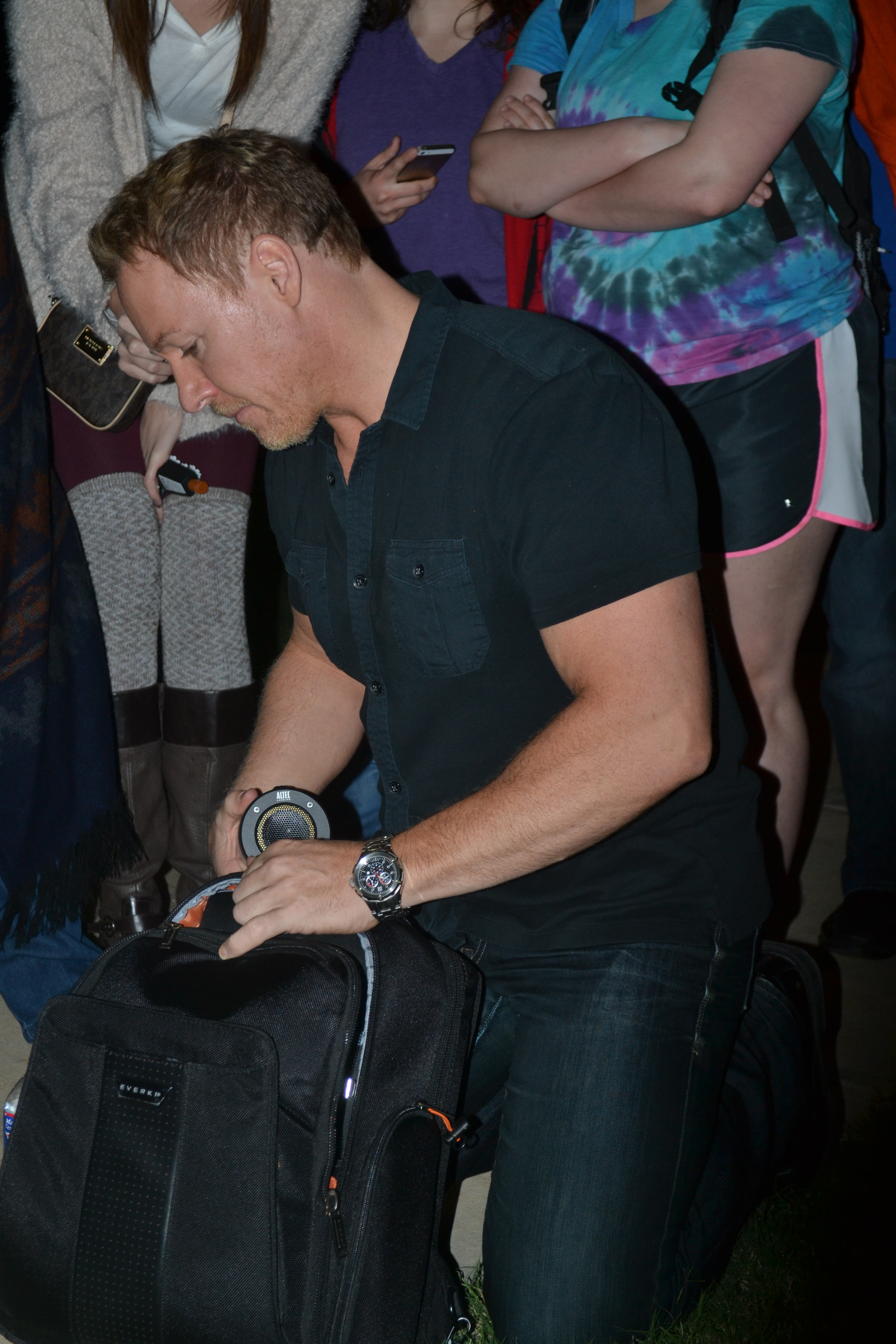 Cameron University received a look into the Other Side with paranormal investigator Chris Flemming on Oct. 14 in the CETES Conference Center.

The Programming Activities Committee (PAC) hosted the event, which featured a lecture from Flemming regarding the existence of ghosts. A ghost walk around campus proceded the talk.

Student Activities Specialist and PAC adviser Megan Canfield said an event like this one was a refreshing change to the PAC event lineup.

“In PAC, we’re always attempting to try and bring new things to campus,” she said, “and PAC, in particular, doesn’t often host lectures. A paranormal investigator like Chris is certainly a topic we haven’t had before, and we wanted to reach out to new audiences on campus.”

Freshman music major James Murphey said the event opened the opportunity for people to learn about novel points of view.

“I think it’s good to have thought-provoking events such as these,” Murphey said. “It introduces people to something that they may previously have never believed in or acknowledged.”

After Flemming quit the mortgage business, he pursued ghost hunting full time and has talked about his experiences ever since. However, he said that he’s attended ghost hunts since childhood.

Flemming told the audience that his first encounters with ghosts were fearful, but his father helped him overcome his fear. After that, he did whatever he could to convince others of the existence of ghosts.

Flemming went from conversations with ghosts to sleepovers with friends.

Throughout his presentation, he described the different forms of evidence for the existence of ghosts, including testimonies from friends and audio recordings of messages from spirits. After the lecture, he invited the audience to ask questions.

Though Murphey expected more interactive aspects in the presentation, he thought the lecture brought unique forms of insight through Flemming’s own experiences.

“The personal touches he added to the slide show and lecture made it more endearing,” Murphey said, “and easier to pay attention to.”

Canfield perceived a similar reaction from others in the crowd.

“I believe most people who attended Chris’s talk felt it was a positive experience,” she said. “I hope that everyone was able to at least take something positive away from the experience and able to understand Chris’s life-experiences.”

Following the lecture, students had the opportunity to participate in a hands-on ghost hunting experience. For students like Murphey, it was an opportunity to see the tools of the trade in action.

“I really liked the spirit box he [Flemming] was using,” Murphey said. “It was really cool to see one at work, in person.”

During that time, Flemming took a group of students around campus, searching for ghosts and spirits with whom to talk. Eventually, he communicated with one student’s late grandfather, despite interference from other negative spirits.

Murphey said it bothered him that Flemming allowed negative spirits to communicate with them “so long after they latched onto the connection between a girl and her grandfather.”

Regardless, both Murphey and Canfield felt the event was a positive experience.

Canfield said the interaction between Flemming and the audience boosted the good ambience of the night.

“We had a good turnout; the audience was incredibly respectful of Chris,” Canfield said. “I hope everyone left feeling entertained. Chris was great to work with, and I think it was a great experience for the students who attended.”