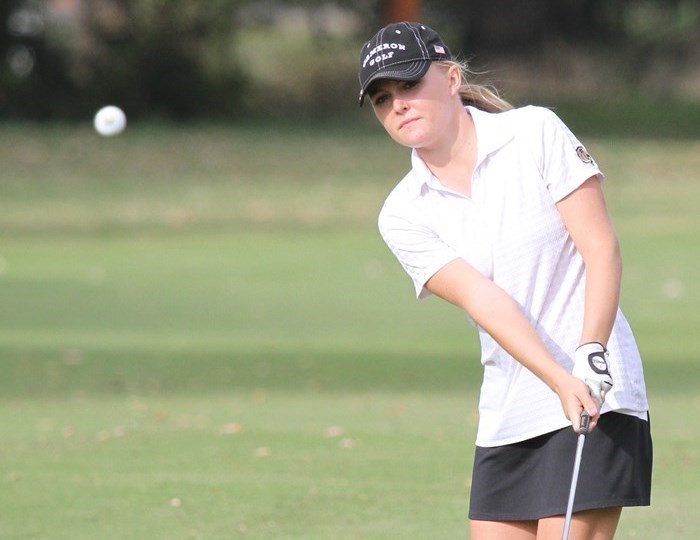 The Lady Aggie’s golf team hit the links for the Oklahoma Intercollegiate on Oct. 20-21 at Ft. Sill.

The team finished eight overall with a two-day total of 624, 32 strokes behind tournament winner Newman College. Head Coach Rick Goodwin said the team did well, but one aspect of the game held the team back from further advancement.

“We had a bad day putting,” Goodwin said in a press release. “We had some girls hit the ball well, but we just couldn’t get the ball in the hole, which led to some high scores.”

However, he felt the team exhibited a number of positives that took them into further competition.

“We beat Texas A&M-Commerce and Texas A&M-Kingsville, which are two conference opponents,” Goodwin said in a press release, “and we jumped up a spot from day one, which is something to take away from this. We still have some work to do to get on par with Midwestern, West Texas, and Tarleton.”

The first day of the tournament featured a pair of 76s from senior Jaqueline Strickland and freshman Erin Hess, who led the Black and Gold en route to a 310 overall and a ninth-place standing.

Goodwin mentioned the team did well, but he did have a hang up for the round.

“Overall it is disappointing that we didn’t play good on our home course,” he said in a press release.

The dual 76s landed Strickland and Hess just outside the top 25 at a tie for 26th. Junior Alexis Thompson carded a 78, which was good enough for 36th place on day one. Sophomore Katie Johnston and senior Candice Swartz rounded out the team’s effort with an 80 and an 82, respectively.

Sophomores Robyn Moore and Bailey Brown carded an 84 and 87, respectively, as individual competitors.

The second round showed the Aggies on the move up the rankings but not enough to jump more than one spot.

Strickland finished day two with a one-over 73, which brought her to a 149 overall and a 10th place finish. Thompson matched her first day score of 78 to finish in 35th with a 156. Hess’ finished a stroke behind with a two-day total of 157 after a second-round 81.

Johnson and Swartz finished with a pair of 82s, bringing Johnston to a 162 overall and Swartz to a tournament total of 164.

Moore ended the tournament with a score of 166, while Brown carded an overall 179.

Redlands Community College student Ivon Reijers finished in first place after a second round 70 brought her overall score to 138.

This tournament was the last of the fall for the Lady Aggies, who will tee off again in the spring. 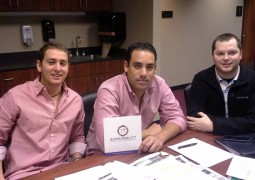 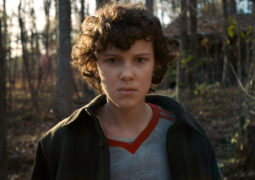 A well of knowledge on essential oils