Swing away: Makenzie Burk steps up to bat. Burk was one of 35 nominated for the 2014 LSC honor roll.

This year the Lone Star Conference implemented a change in when nominations would be announced. Players are recognized at the end of each semester for having a GPA of 3.0 or higher.

Burk said she dedicates all her spare time off the field to studying and preparing for tests.

“Any time I have some free time I try to get my studies finished,” Burk said.

Brown said, “Sometimes balancing basketball and school is a bit challenging. We usually have Sundays off from basketball, so I do a lot of homework on Sunday.”

Brown said she also finds time to study on the bus during away games.

Although the LSC nominations recognized individuals, students said their teammates helped each other.

Brown said, “As a team we are always supportive of one another, whether it’s on the court or in the classroom.”

“Anytime someone on the team is rewarded efforts we congratulate them,” Brown said.

Burk and Brown compete not only on the field, but also in the classroom. With a smile, Burk said, “I have always wanted to be the best at everything that I do, so the classroom is no different.”

“I’m always trying to get the best grades in class,” Brown said. “If I don’t, it makes me more determined to do better on the next test.”

Both players remained humble about their nominations.

“It is an absolute honor,” Burk said. “I have always strived to get good grades, so this was an added bonus.”

Brown said, “It’s a special honor to get nominated for the Lone Star Conference Commissioner’s Honor Roll. Any award that I receive because of working hard in the classroom is definitely a plus. My goal is always to do my best in school and make good grades.” 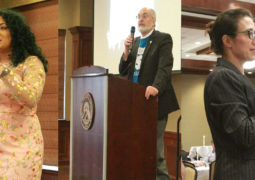 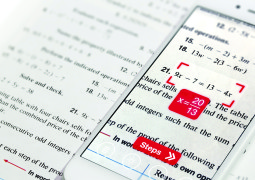