Voices: We are but ants

We are incredibly small.

Now, I don’t mean in an ethical or moral sense, nor does my meaning lie in the realm of spiritual discourse. No, I won’t be dragging this editorial down into the metaphysical, hard-to-follow rhetoric of my previous works — that part of the sentence is what is known in the business as “a bold faced lie” — because this week’s subject lies in the realm of glorious science.

For when I say that we are incredibly small, I mean so by the measure of a cosmic scale. In prior editorials, I brought to question the tired and borderline trite notion of looking at the big picture — the idea that, in the greater context of things, seemingly-insurmountable odds appear significantly smaller — and we will begin by applying that idea in a more literal sense.

According to my trusted colleague and beloved friend, Wikipedia, the average height for the humans claiming the United States as their home is roughly 5 feet 9 inches. The rest of the planet’s humans fall around or slightly under that number as well, with some exceptions on both sides of the size chart; for the sake of simplicity, I will use this respectable figure as a scale for humans as a whole. Because I am an English major, I can get away with such broad numerical generalizations, as numbers are as scary and confusing to me as split infinitives and prepositional phrases are to the Science majors I’ve just inflamed.

I digress, though. Once again, consider the ant.

Say what you will about their overwhelming and objectively terrifying collective strength — and you really should, because when the Formicidae Revolution comes, you’ll want to have all the brownie points you can if you want to survive — when it comes to the size of a single member, we have the advantage. I mean, we use “ant” to describe anything that makes us feel huge. Anthills are our childhood playthings, seemingly designed for us to stomp out, wash out or burn out with the intense glare of an angry sun. What I’m saying is, as far as pre-revolution human-ant relations go, we are gods, and they are, well, ants. Keep that in mind.

The size of the city of Oklahoma City, as my informant and blood brother Google tells me, is about 621 square miles. That is well, well over 17600 human bodies, and many, many more ants than that. The City of Lawton has significantly fewer ants large — a commendable-for-effort 75.1 square miles. Our city is small, but it’s still over 79,000 humans bigger than you, and Oklahoma City is still over three times bigger than that imposing figure. With that in mind, let me bring to attention that the entire state of Oklahoma is over 100 times bigger than the single city of Lawton, which is within sneezing distance of being over 100,000 times bigger than you.

We are but ants crawling along the surface of a body of land mercifully not alive — until the Science department finally figures out how to animate dirt golems that large. But we only look smaller and smaller the farther out we scale — keep in mind I haven’t even broken the state line yet.

Oklahoma isn’t exactly the smallest state, but we’re number 20 in terms of area ranking. Our glorious state, which outsizes us by over 100,000 square miles, is just Texas’ hat. That is to say, in terms of post-Alamo human-landmass relations, the state of Texas is a god among 50 other, differently scaled but generally smaller gods.

Texas’ size is about 268,800 square miles. The United States outsizes it at 3,794,000 square miles, which the entire continent dwarfs at about 9,450,000 square miles. The planet Earth wins the lightweight trophy at 196,900,000 square miles, though. And no, I didn’t mistype — in the arena of this year’s Solar System Size Competition, the Earth wouldn’t dare stand up to the heavyweights of Saturn (over 12 times bigger than Earth), Jupiter (over 15 times bigger than Earth) or the Sun, which can and will devour our entire solar system three times over before it realizes it’s done anything. And before I go about mentioning how our Sun dwindles in size and is in fact reduced to the comparative size of a speck of dust when faced with other celestial bodies like Aldebaran or KY Cygni — which I can assure you that I did not just make up – let me simply remind you that the city of Lawton alone outclasses you in size by nearly 100,000 times over.

So look up sometime, my fellow ants, for we have an obscene amount of existence to live in.

And we are incredibly small. 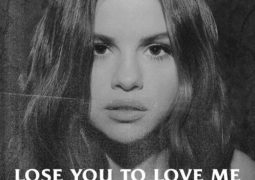 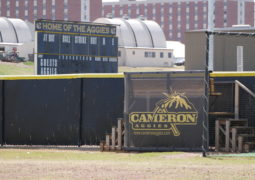 0 thoughts on “Voices: We are but ants”