The show encouraged audience participation and included trivia on various topics, ranging from facts about drug and alcohol abuse, math and geography and pop culture.    A total of $200 was given to winners in increments of $5, $10 and $15.

According to Orlando Estrada, the host and road manager of Reality Check, the program was developed by LimeLite Production in such a way to allow clients to tailor the show.

“‘Reality Check’ is four categories of ten questions related to drug and alcohol awareness or the client may order a specialty,” Estrada said.

The rules of the game were simple: Students answer the questions, the host tallies the score and the round is complete. Winners of the round would then advance to the pop culture championship portion of the show.

When there was a tie, the winners answered another question from the previous round. The first student to get it right would then proceed to the championship round.

The winners of each round also complete a “Minute to Win It” style challenge to win a small amount of money.

“We have many games like ‘Minute to Win It’ for those that are not trivia savvy as well as bonus rounds for those that earned a spot from winning a category throughout the game show.”

In between rounds, Estrada selected members of audience to participate in challenges that were also similar to the ones in “Minute to Win It.”

Winners from the audience round went head to head in the championship round, and against each other. They either received the question on a television screen or listened to a sound clip to get the question.

Director of Student Housing Charlie Parker stated that the night was a success. He also said there are plans to arrange more weekend activities for students living on campus.

“We kind of recognize that we actually have more students that are around for the weekends,” Parker said. “We haven’t done much programming in the past with Saturday and Sunday.”

Parker explained the reason they do not hold much weekend programming for student residents is because the budget does not allow them to hold weekend events. They plan to hold more weekend events for the residents starting this semester.

Parker also stated that part of the reason they chose an entertainment show was to help raise drug and alcohol awareness to the students.

“[LimeLite Productions] contacted Vice President Jennifer Holland earlier in the summer about a bunch of different services that they offer,” Parker said. “They offer a lot of different educational service for college universities.”

Parker stated he chose the alcohol awareness program part of the game show because most of the residents that live on campus are traditional students. Parker also states that alcohol related incidents have seen a small increase on campus.

“We don’t have a lot of students drinking where we are seeing alcohol poisoning issues, but we are seeing an increase in binge drinking,” Parker said.

Parker had the show come to raise campus awareness for drugs and alcohol to get in front of the issue before it gets out of hand.

To learn more about the Reality Check game show and program visit www.realitycheckggameshow.com

Financial reconstruction for the Department of Defense 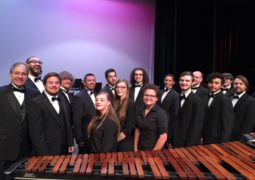 0 thoughts on “Let the games begin”