The CU men were led to victory by junior guard Craig Foster who had 19 points. Foster was on fire with 3-pointers, draining one after the other and scoring two much needed threes late in the second half to bring the Aggies within striking distance. Senior forward Andrew “Big Country” Thomas came up huge for the Aggies with 11 points, four rebounds and one monstrous block.

Leading the Mustangs in scoring was Cam Adderley with 16 points.

The first half for the Aggies looked promising after the Aggies led the Mustangs 14-4 early. Over the next three minutes the Mustangs picked up the pace and closed the lead to 16-13 in favor of the Aggies with just over 10 minutes remaining in the first half. Both teams pushed the pace with fast breaks and trading buckets and the Aggies took a 27-24 lead to the half.

Head Coach Wade Alexander commented on the Aggies’ performance in the first half, stating the Aggies held the Mustangs leading rebounder to just one board.

The Mustangs came out hot in the second half and quickly tied the game 30-30. The Aggies battled through and managed to pull ahead of the Mustangs by eight points with 6:56 remaining in the game.

The Aggies held the lead until just about the one minute mark where the Mustangs’ Derek Kaster followed through on a lay up to tie the game 63-63. The Aggies got the ball back and with three seconds remaining in the game Foster drew a foul, and hit what proved to be the game-winning free throw.

Coach Alexander said they pulled out the win and needed to head down to Wichita Falls that Saturday to finish what they started.

“That was probably an upset and they are the best team in the conference,” Coach Alexander said. “Now we have to go to their place, where we will just have to go to work, and we are going to have to play hard when we go there.”

The Aggies traveled to MSU Jan. 26 to finish off the series and attempt to come home with a second win against their conference rival. The Mustangs sprinted out of the gate and took an early and steady lead against CU. Despite Foster’s double-double (18 points, 10 assists), the Aggies night ended in a 72-86 loss.

The first half was dominated by the Mustangs as they jumped out to a 10-4 lead with 12:33 left in the frame. The situation did not improve much for the Aggies as MSU ended the half with a 44-30 lead.

The Mustangs continued to control the scoreboard in the second half, showing they were not going to lose at home. Although the Aggies battled back, the closest they came was within 10 points at the 2:01 mark late in the half.

The Aggies remain at 10-6 overall and 6-4 in conference. MSU remains in a tie with Incarnate Word for first place in the conference with a record of 12-5 overall and 8-2 in the Lonestar Conference. 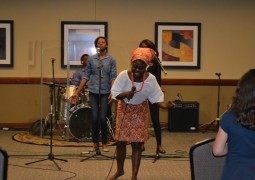 Editorial: The costs and pains of Hollywood’s 3D trend