As an African student living in the United States, I sometimes feel amazed by how innocently misinformed people can be.

In my experience, there are usually two types of people: those who laugh at and are embarrassed to be associated with other cultures and those who respect and try to learn more about cultures not similar to theirs.

Many international students, including myself, have been asked several questions about our home countries. Often, these questions are so hilarious to me that I have to keep myself from laughing and other times, the questions are insulting.

A friend was once asked if he had wild animals for pets at home. Being new in the United States and feeling insulted, he answered, “Do cowboys still fight indians?”

Many times, I felt my continent was being ridiculed due to certain questions I was asked. Africa may be poor, it might be underdeveloped with wide spread corruption and bad governance, but it is certainly not as a lot of people think. It is not a jungle, or a desert as many people presume it to be. It is a continent with 54 states, all of which have cities with skyscrapers and paved roads.

Over the years, I have been asked questions to which I have decided to start replying with sarcastic answers. This is to allow for personal deducing. So far, most people have still not been able to separate sarcasm from truth.

Questions for the jungle-born international student:

“Do you have giraffes walking down the street?“

“Yeah, their poop signifies blessings on the land.”

“Do you have tree houses in Africa?“

“Actually, yes. My dad owns a gigantic one.”

“When did you learn to speak English?“

“Are y’all really hungry in Africa, they keep asking us to send money to y’all?”

“Do you know Nelson Mandela?”

“Can you speak African?”

“I swam. Africans are great athletes.”

“Do y’all wear designer clothes in Africa or do you buy them when you get here?”

“Not really. There are no designer clothing stores in Africa. We can’t afford them. “

This is my best one; “Do you ride lions to school?”

“Yeah, my dad owns a pride of lions. We feed them milk, shave their claws and incisors and then, they then act like big cats.”

After learning about media literacy, I softened a lot, understanding that the questions that I am asked are justified since the media portrays Africa as just one big jungle.

Many non-nationals, like myself, have fun listening to people describe our cultures the way they see it.

America is one of the world’s most diverse melting pots. As a global country, its citizens need to be educated that there are other cultures outside of its boundaries.

There is a need to teach the growing generation about respect for the culture of other people. It is safe for me to say in a few years, in every 10 American children growing up; at least two will have their roots from another country.

We need to start learning to respect and tolerate other cultures, as this would go a long way in not just preventing conf licts but also preserving our own cultures, values and morals.

‘Tis the season to be greedy 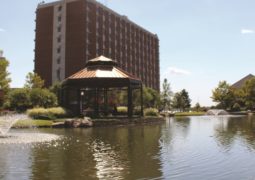 To legalize or not to legalize 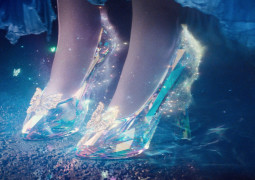