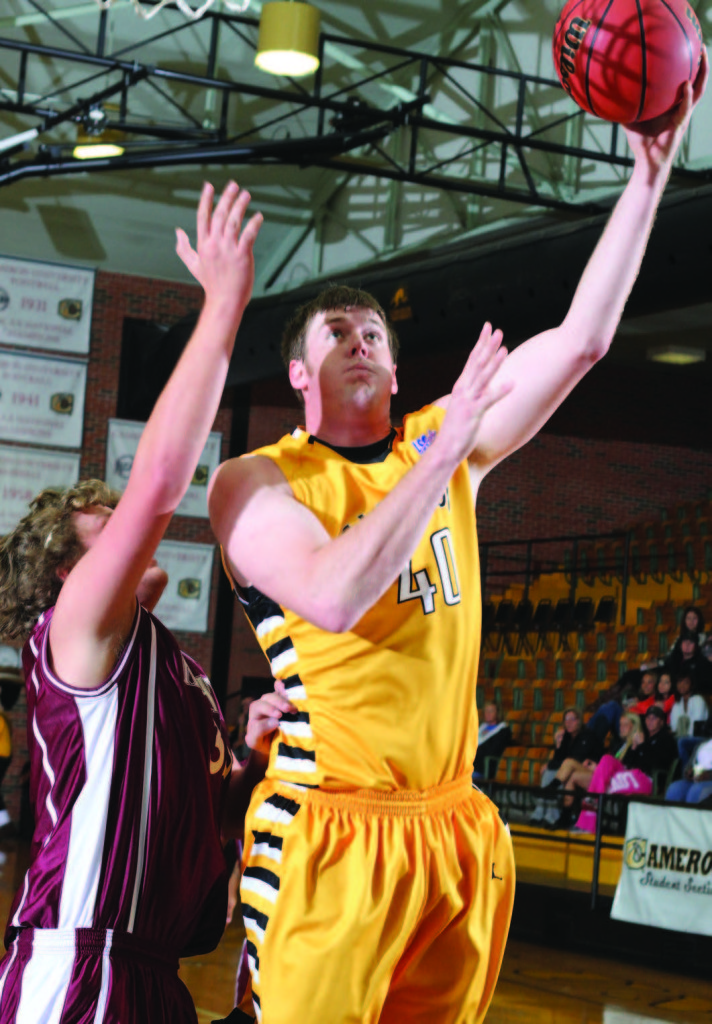 Going for the goal: Senior Andrew Thomas fights for a goal against Southwestern Adventist University in their game Nov. 11. The team won their game against SAU, but later fell to Texas A&M Kingsville 48-56 Nov. 28.

The Aggies were coming off a previous road trip to Kingsville for the Kingsville Classic where they were victorious over Bacone College, 75-60, but came up short against McMurry University, 56-76.

Cameron came out of the gates strong early and found themselves with a 22-15 halftime lead, but it was not enough as the TAMUK Javelinas rallied back to spoil the conference opener for the Aggies, 48-56.

The first half started as planned for the Aggies as the jumped out to a quick 9-2 lead behind a three-pointer from Junior guard Craig Foster. CU continued to pile it on as Foster buried another shot from behind the arc and grew the Aggies lead to 12-4 with 13:25 to play in the half.

The Javelinas would not go down quietly and battled back with a 7-0 run midway through the half to pull the game even at 13 points each.

Cameron Head Coach Wade Alexander called a timeout and his boys responded well as Foster once again nailed a three and the Aggies went on a 9-2 run to end the half with a 22-15 lead.

In the first half the Aggies were led on offense by Foster who went 3-4 from deep and scored nine points in the half. On the boards, junior guard Jonathan Patino led the way with five rebounds at the halfway mark.

The 15 points allowed in the half marked the lowest first half total given up by the Aggies since Nov. 27, 2010, when the Aggies held Tarleton State to a mere 14 points at half.

The Aggies were unable to carry their strong defensive effort into the second half as the Javelinas came out strong and went on a 12-4 run to open the final 20 minutes of play. With that, TAMUK took their first lead of the game, 26-27, with 14:02 to play in the contest.

From there both teams traded buckets and the score remained within one until the Javelinas were able to gain a seven point advantage behind three straight field goals from Jamahl Brown, who led TAMUK on the night with 20 points going 7-15 from the field and 4-6 from the charity stripe.

The rest of the game was decided by a series of runs from each team as the Black and Gold once again battled back and pulled the game within one point, 39-38 after a Foster three and a layup from redshirt-junior forward Trevor Smith.

At the end of the night the Javelinas proved to be too strong in front of their home crowd and they pulled away and ultimately came out on top with a 48-56 over the Aggies.

Turnovers plagued CU as the Aggies had a 17 to 10 turnover to assist ratio for the night. Neither team found an advantage on the glass as each squad finished with 38 rebounds however the Aggies did hold a significant advantage on the offensive glass out rebounding the Javelinas 17- 10 in that department.

Craig Foster finished with a season-high 20 points going 6-11 from three-point range and 2-2 from the free-throw line. Foster however registered zero assists and four turnovers.

Foster was followed by junior guard Tim Johnson who finished with nine points and four assists.

Patino led the Aggies in rebounds with seven despite seeing only 25 minutes of f loor time.

Additional information on CU men’s basketball and all Cameron athletics may be found at www. cameronaggies.com. 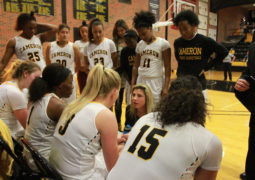 Aggies Fall to Pioneers in Nail-Biter 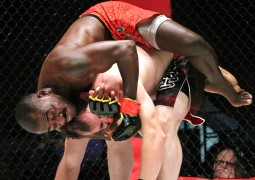 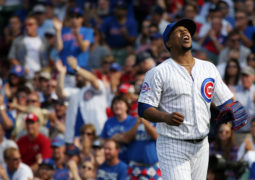 Chasing Destiny: The Chicago Cubs and their Journey to End a 108-year Drought 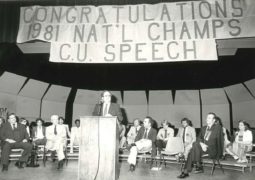 A Look at Aggie Archives