Two educators in the CU Department of English and Foreign Languages were recently elected to state leadership positions in the Oklahoma chapter of the National Association of Developmental Education. The two faculty members, Elizabeth Grooms and Heather King, have taken on the roles of treasurer and president-elect of OKADE, respectively.

According to OKADE’s official website, the association provides statewide opportunities for those educators providing excellence to all higher education students. The association was founded in 1994, with a main focus of promoting developmental education; however, the group also provides scholarship opportunities to Oklahoma students and networking outlets for Oklahoma educators.

The instructors were appointed to be officers at the annual OKADE conference, which was held at Tulsa Community College in Tulsa, during the last weekend of October. The conference gathered approximately 150 educators from the fields of writing, math and reading.

According to King, the location of OKADE’s annual statewide conference varies, and Cameron is set to host the conference of 2013.

“Instructor Grooms and I presented a PowerPoint presentation highlighting Cameron and the Lawton area to the attending conference members,” she said. “The presentation was a big hit. There is great anticipation among the member of OKADE to visit Cameron University.”

Instructor King explained that her greatest responsibility as president-elect is the task of planning and organizing this upcoming conference, but it is not her only responsibility.

“I also now serve on the executive committee for OKADE which makes leadership decisions regarding the organization,” she said, “and next year I will take over as President of OKADE.”

“This is my sixth year as a teacher,” she said. “I have participated in professional organizations such as the Georgia Association of Educators, the Alabama Association of Educators, and the National Council of Teachers of English, but this is my first leadership position in a professional organization. I view it as a challenge and a great opportunity to grow in my field.”

“Although I have hands-on business experience in accounting, I have not held a position in a state organization like OKADE,” she said. “I am both delighted and excited to have been presented this opportunity.”

The duties of her new OKADE position will include organizing, reviewing and analyzing the association’s budget.

“I am responsible for the organization’s purse strings,” she said. “Anything having to do with finances and associated records will be in my charge.” 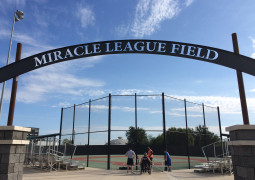 In shackles: The false hope within mental healing