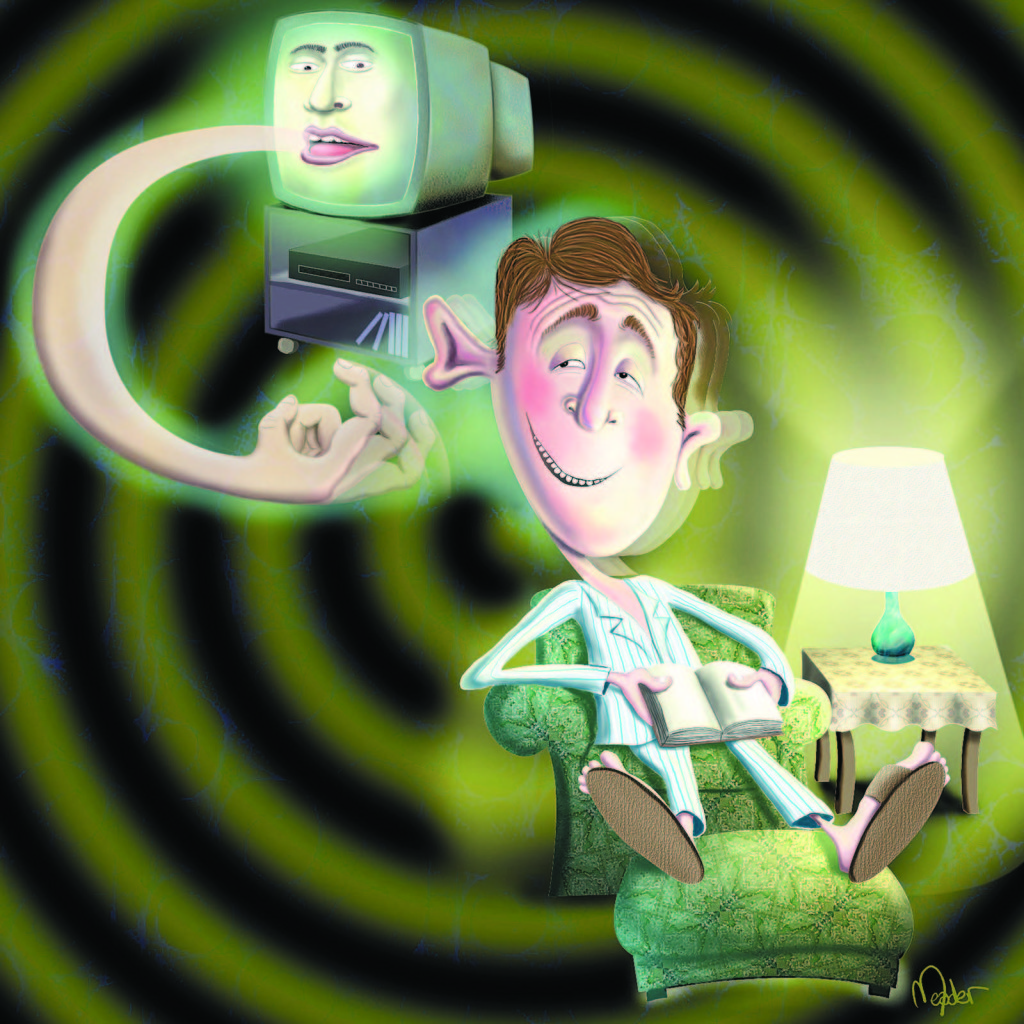 On Election Day, a video popped up on YouTube showing a massive problem in the electronic voting system. The video in question, entitled “2012 Voting Machines Altering Votes,” showed from a first-person point-of-view someone that was trying to vote for Barack Obama, while the machine instead kept choosing Mitt Romney.

This presents a fairly large problem: if electronic voting is this bad, why is this how some people vote?

Thinking about it, technology is overused and relied on in scary ways. With people checking their phones to see their Facebook pages every five seconds, I have come to realize that we are not using technology in the ways that we should.

This goes back to an opinion piece I wrote in the spring about worrying more about unimportant, pointless things (in that case, Snooki from “The Jersey Shore”) than they were about politics, and other such important things.

Now, the focus has turned on to technology. Technology could save us, or it could hurt us. The problem is an overreliance that we have on technology, and a feeling that it will never work against us, which, as evidenced by the video posted on Election Day, is a pretty faulty notion to have anyway.

What we seem to be missing is that technology could be a useful thing, and by that, I mean that it is. Smarter aspects of technology help us to figure out what the weather will be like and find more useful information. Instead, lolcats and funny YouTube videos run rampant, dumbing us down over the course of time.

Personally, I spend my time on movie websites. I tend to be a hypocrite when it comes to these kinds of things, though. I also check and re-check my Facebook every five seconds. Over the course of my writing this, I have had to stop and check Facebook and Aint It Cool News a handful of times instead of being productive. Meanwhile, a friend next to me is showing me a parody of “Paranormal Activity” that he has found on YouTube.

Technology is slowly but surely taking away our productivity. With countless websites to check out, new videos being uploaded to YouTube daily, music being played constantly, and countless hilarious statuses on Facebook (and hopefully a few notifications, because I love attention), it becomes harder and harder to really be productive.

While we are in the process of checking Facebook, Twitter and other websites, we keep forgetting about schoolwork and work itself.

Memes go in and out of style within the course of a couple of months, and my attention span has drastically changed over the course of time that memes began (or at least when I first noticed them, some time around my high school graduation in 2009).

Facebook could be used for good things. A revolution began in Egypt as a result of it, though we use it on a daily basis to post pictures and statuses to get positive feedback from friends and strangers to make ourselves feel better. Not all of us are narcissistic, using technology in such ways, but I do see it quite often, and I am guilty of a lot of it.

So, we just need to use technology in better ways. While lolcats and funny YouTube videos can still be seen, let’s make it a point to also put technology to better uses and try to do something worthwhile. Look up something important, rather than finding out who played the villain in “The Amazing Spider-Man” (it’s Rhys Ifans, by the way). Let’s make this technology that is so advanced more worthwhile than we have. We live in amazing times, no pun intended, and it is time to start acting like it.