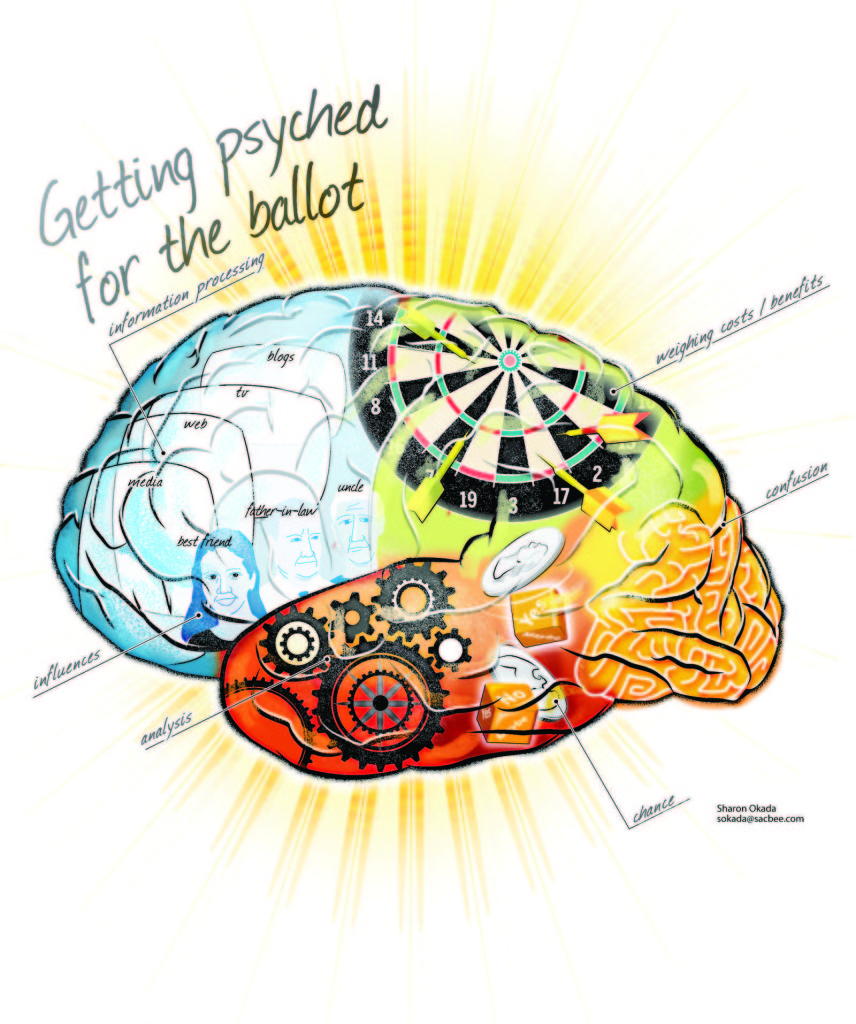 The election is over. Unsurprisingly, Oklahoma did not disappoint, as each of the 77 counties voted red, consistent with the last 50 years of voting history.

Another non-surprise was the backlash I have received over my rather public decision not to vote in the 2012 presidential election. After all, if people like myself had rallied at the polls believing that our votes would not be cast in vain, perhaps a spot of blue might have made its way into Oklahoma’s sea of red for once.

As I touted my rights as my reason for not voting, I was accused of shirking my responsibilities. I began to search for the line bordering between rights and privileges, as it has not been universally decided what voting is: a right, a privilege or a responsibility.

Regardless as to what role voting plays, and though I believe it can act as all three, I have reached the conclusion that voting is primarily a privilege. Accordingly, I believe there should be higher standards for voter registration.

In simpler terms, people should have to know stuff before they are allowed to decide stuff. Groundbreaking, right?

All sarcasm aside, I have a proposal, and this time it does not involve “sitting this one out:” I propose that individuals should have to have a license to vote.

We have to have a license to drive, to hunt and to marry. Why shouldn’t we have to demonstrate a knowledge about that which we are voting before we are allowed to do so?

In a day where the civics portion of naturalization tests — tests that contain basic questions about American government and politics — is failed by 38 percent of Americans, it is important to raise the question of whether or not these people should be allowed to have a voice.

As I attended the Oklahoma Political Science Association’s 2012 annual convention, I spoke with Dr. William Howell, a keynote speaker for the Convention with a Ph.D. in Political Science from Stanford University. I was relieved to find my opinion was not one entirely rejected by the community.

“There’s a logic to not voting,” Dr. Howell said. “If you’re not educated on the issues especially, not voting is in the public interest.”

The woman that accused President Obama of being a communist was a terrifyingly accurate caricature of my opinion of the American voter today. She substituted fact with uneducated rants for the interviewer to “study it out.”

President Obama was a communist in her mind, an opinion she was free to hold; however, she simply had no reason for why she felt this way.

Take heed, she is one of many who are “deciding our future.”

The trouble is not that all voters are like this woman, but that individuals such as these are free to vote at all.

Voting should not be treated as a right that any coming-of-age American citizen with a clean record can exercise; rather, it should be viewed as a privilege.

Such a proposal brings to attention the troubling matter of voting participation altogether. Would requiring more from voters deter them from bothering?

I may have oversimplified the matter by quelling it with a quality-over-quantity justification. Regardless, it is a risk I am willing to take.

Having a license to decide with whom you will be spending the rest of your life is not out of the question, but requiring a license to vote on the issues that will steer our nation and its individual members — that’s simply certifiable.