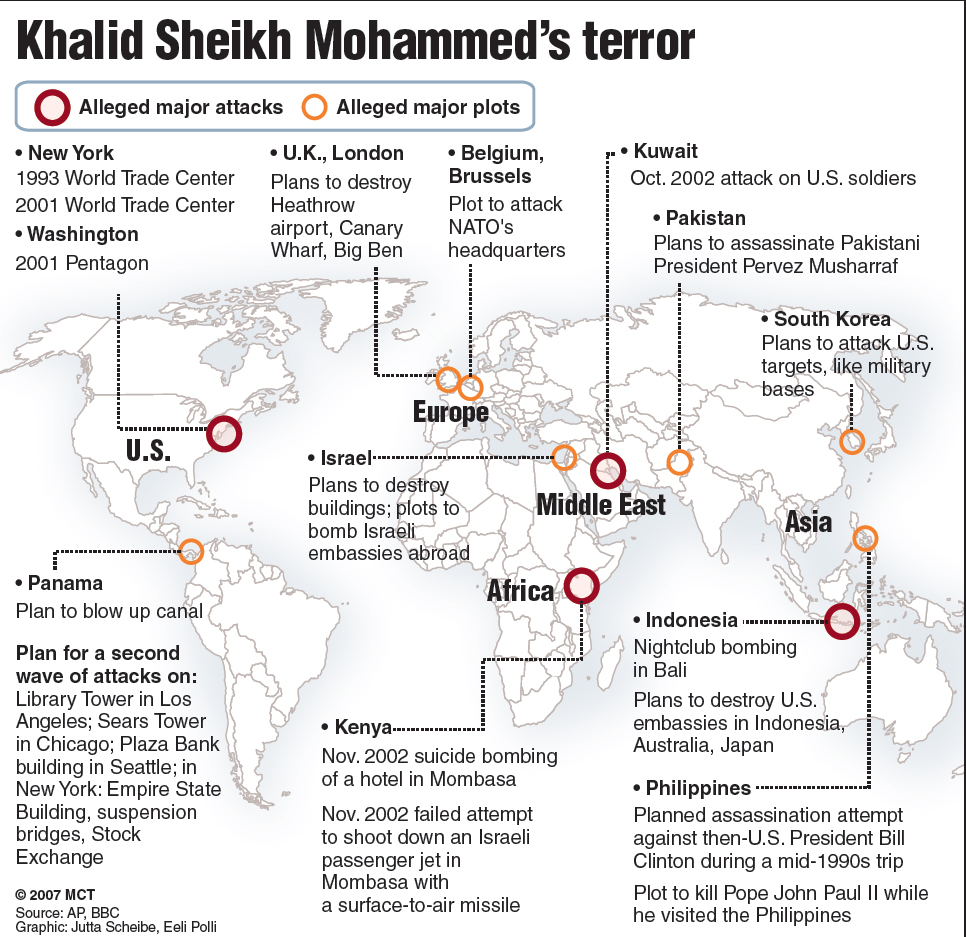 The Defense Department announced on April 4 that Khalid Sheik Mohammed, accused mastermind of the Sept. 11 terrorist attacks, will go to trial in a military tribunal.

A Defense Department news release states that, according to Military Commissions rules and procedures, Mohammed and four others will be charged within 30 days.

“The chief judge of the Military Commissions Trial Judiciary will assign a military judge to the case, and the five accused will be arraigned at Naval Station Guantanamo Bay, Cuba,” the release stated.

According to the Washington Post, the move to a military tribunal comes after the Obama administration’s initial decision to bring the trial away from Guantanamo Bay to a federal district court in Manhattan. After legislation passed in early 2011 that prohibited the movement of prisoners from Guantanamo to the United States, and a public outcry among New Yorkers about conducting the trials so close to the site of the Sept. 11 attacks, the Department of Justice handed the trial back over to military jurisdiction in April 2011.

In a press conference on April 4 about the move, Attorney General of the United States Eric Holder said he still believed a federal district court would have been the best option.

“After consulting with prosecutors from both the Department of Justice and Department of the Defense, and after fully studying the case, it became clear to me that the best venue for prosecution was in federal court,” Holder said. “…Had this case proceeded in Manhattan or in an alternative venue in the United States as I seriously explored in the last year, I am confident that our justice system could have performed with the same distinction as has been its hallmark in the last 200 years.”

However, New York Democratic Senator Chuck Schumer said in a press conference on April 4 that the move back to a military tribunal, particularly in moving the trial away from Manhattan, was an appropriate one.

“This means with certainty that the trial will not be in New York,” Schumer said. “While not unexpected, this is the final nail in the coffin of that wrong-headed idea.”

During an April 4 press briefing at the White House, Press Secretary Jay Carney said President Obama still hopes to close Guantanamo Bay, but feels justice must be served to Mohammed and others awaiting trial.

“We have to ensure that Khalid Sheikh Mohammed and others who are accused of these heinous crimes are brought to justice,” Carney said. “And this procedure is now underway to ensure that happens.”

Several groups, including the American Civil Liberties Union (ACLU), have been critical of the moves. ACLU Executive Director Anthony D. Romero said in a press release the military tribunals represent an unconstitutional system.

“The Obama Administration is making a terrible mistake by prosecuting the most important terrorism trails of our time in a second-tier systems of justice,” Romero said. “Whatever verdict comes out of the Guantanamo military commissions will be tainted by an unfair process.”

Others have defended the military tribunal process, including Republican Senator Charles Grassley of Iowa in an interview with Fox News.

“The United States has a long history of successfully utilizing military tribunals dating back to the American Revolution,” Grassley said. “It’s why Congress set up the military commission process.”

Some family members of Sept. 11 victims feel that the wait has been too long. In an interview with CNN, Jim Riches, father of a New York firefighter who died on Sept. 11, said the trial has been delayed enough.

“Eleven years later and the families are still awaiting justice,” Riches said. “…For me, I can’t wait for the day justice is served on them.”

During his press conference, Holder said that despite his misgivings about the tribunal, the delays could no longer be shouldered.

“We simply can not allow a try to be delayed any longer for the victims of the 9-11 attacks or for their family members who have waited for nearly a decade for justice,” Holder said.