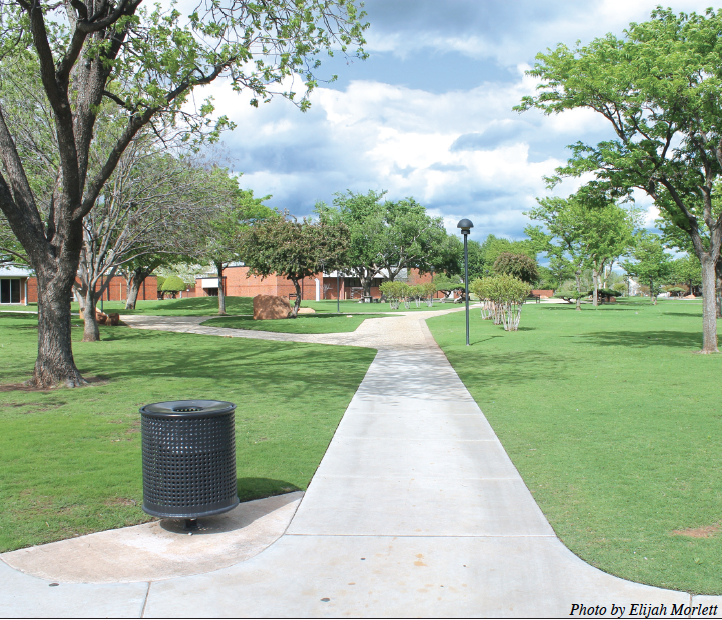 The offices of Development and Alumni Relations have partnered together for the Class of 2012 Gift Campaign, aiming to give back to Cameron University.

According to Director of Alumni Relations Jennifer McGrail, the class campaign, which began in 2006, is a way for the graduating class to give back to the university. This year, money donated from the campaign will be going toward improvements to Cameron Park.

“Since 2006, every year the class has selected a different item to give back,” McGrail said. “They’ve done campus beautification, they’ve made a donation to the McMahon Centennial Complex, they’re doing some improvements to Cameron Park this year, south of the Cameron Exchange. It’s one of the last areas of campus left untouched.”

According to McGrail, the campaign is a way for students to give back to the university, like alumni and donors who contribute to the campus.

“Since such a large number of our students depend on financial aid and scholarships, a lot of those are funded by our former alumni,” McGrail said. “Then also with all the different changes going on around campus throughout the years, the largest percent of the funding has come from alumni and donors who have given to the university. This is a way for the graduating classes to contribute back and leave a lasting impression on Cameron.”

Beginning with the 2011 school year, McGrail explained, the Alumni Association joined forces with the Office of Development to give a joint gift.

According to McGrail, there are many ways for the word of the gift campaign to reach students, and more than one way of giving back.

“We give several opportunities for them to give back,” McGrail said. “We send out e-mails, set up tables at the McMahon Centennial Complex and try to talk to as many student groups as we can. We also set up tents at graduation so that they can give their gifts that day, or for parents or grandparents to come in.”

This year’s gift, McGrail explained, is extended from last year’s gifts to the park as well.

“There are so many different opportunities for people to donate,” McGrail said. “The seniors captured on to last year’s class, too, and decided that to make the biggest impact on Cameron Park, they can go ahead and donate to that again, because you find that when putting different amounts of money together, you can make an even greater impact on the landscaping.”

According to McGrail, the class campaign serves multiple functions, including the strengthening of CU as a whole.

“We want a student’s relationship with Cameron to be a life-long experience, because as students, you benefited while you were here, and the stronger Cameron University is, the stronger your degree is and the more valuable it becomes,” McGrail said.

According to Director of Development and University Advancement Athena Jarvis, the money donated from students to the class campaign serves another purpose as well.

“It’s $35 that they donate, which gives to the class campaign and for the first year in the Alumni Association,” Jarvis said. “This year, we are able to give gifts for the first 100 students who apply.”

According to Jarvis, students pick the senior class gift in the fall semester by the students.

“The gift donation is picked at the beginning of the fall term, where the students have a bit of a focus group to pick it out,” Jarvis said.