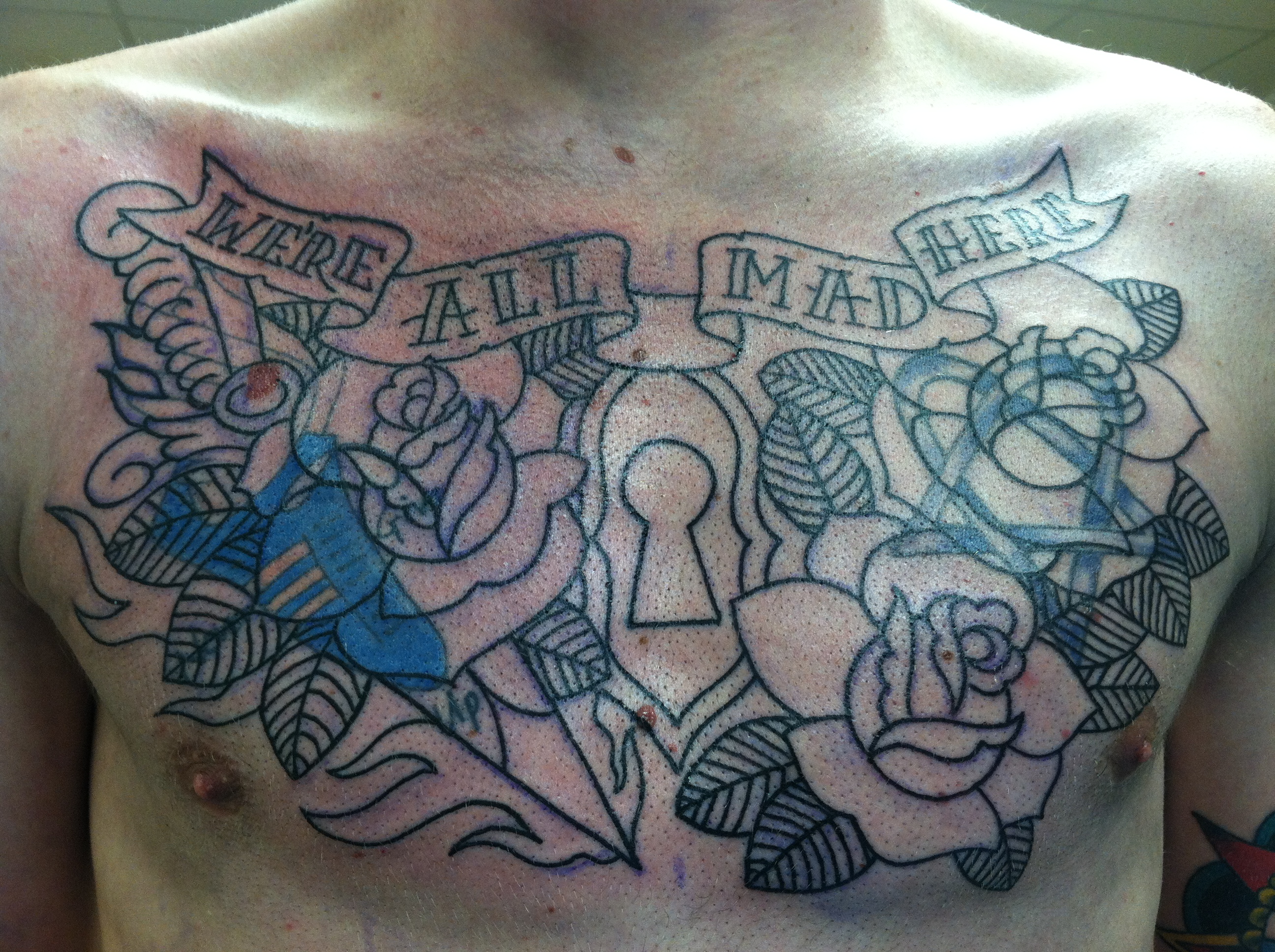 If there is one thing I know, it’s the adrenaline rush I get from getting in a black chair and my heart racing as a tattoo machine starts up.

When I think back onto all the tattoos I have gotten over the past three years, I realize that there were times in my life that I was in need of guidance or something that just made everything feel better, so I would go and get a tattoo and it would feel as though the pain went away. Now, I know that sounds a bit ridiculous and possibly redundant but the pain I felt inside at points of my life were far greater than the pain of any tattoo.

To date, I have fallen asleep through five of my tattoos and it is honestly one of the most relaxing experiences I have ever had. For me to be able to just fully relax as needles constantly puncture my skin and ink is injected into my pores is just something that makes me feel good.

I get asked all the time why I get tattoos and it is mostly by people that tell me they do not like tattoos or think they are scarring my body. In that sense I can agree, I am scarring my body but not in the sense they believe I am.

The scars I have are colorful and tell the story of a lifetime. I always refer to myself as a human canvas or just another storybook because that is exactly what I am. This may sound demeaning but I feel that people listen to stories if there is some kind of visual representation attached to it. With my tattoos I can provide just that.

I was asked at a track meet my senior year why I had five tattoos at the age of 18 and my response was because they all meant something dear to my heart. The girl that asked the question was very religious and basically told me I was going to hell because I defamed the body I was given by Christ and that I would forever be dubbed a sinner in her eyes. Sure, at that point in my life I had sinned but I was still a virgin and I have never touched alcohol or done anything that was illegal. I had told a few white lies here and there, but certainly nothing that was constituted as a sin that would send me straight to hell to rot in eternal damnation as she so eloquently put it.

That night I made it a mission to find this individual on Facebook and send her my story behind the tattoos and ask if she felt the same way.

She responded almost instantly to the story with remarks that were not introduced in our previous conversation. The funny thing was that once she had heard about the story of every tattoo it was as if she was more accepting of my lifestyle and saw me in a completely different light. We then became friends and from then on I would send her pictures attached with a short story of why I got the tattoo and she would respond with whether or not she liked the tattoo.

The moral of that story is that if I could change one person’s mindset on tattoos and the institution of tattooing as a whole, I must have been doing something right for all the people that had ever been talked down to that had tattoos.

Today I woke up and looked down at my foot and saw the anchor I got about a month ago and smiled because it is something that I have been drawing since I was about 12-years-old. The reason for the anchor with love in the banner is because love is what keeps my feet firmly planted n the ground. I’m not talking about any kind of puppy love or a relationship, but rather the kind of love that springs out of a relationship with people whom you become extremely close to. That love is something that helps me get through my days.

I have told people on multiple occasions that when I get older I want to be that sleeved-out old man who does not care what society thinks. In some ways that statement stands true, but in other aspects I have said I will never get tattoos that are demeaning to people in certain points of their lives.

I do not want to have to deal with people judging me in a professional environment when I go into an interview. I want to get a job that cares more about the work I do and the content I produce rather than my outward appearance. I know this will be a long shot but hopefully it will happen. One day maybe people will just be all around more accepting of tattoos as generation gaps are closed.