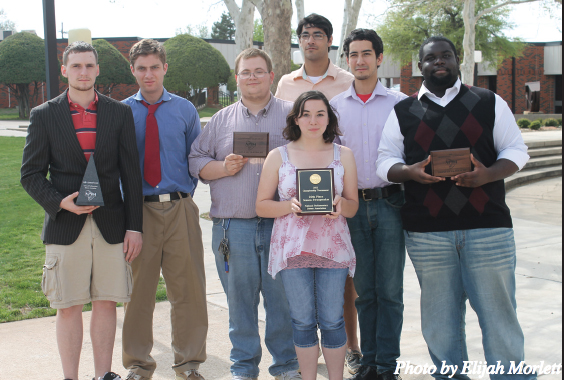 The first tournament was the National Parliamentary Tournament of Excellence and was held at Western Washington University. The field consisted of the top 64 ranked teams in the nation including two duos from Cameron.

The two teams representing the Black and Gold were Brett Carlton and Paul Boudreaux and Zak Rajpari and Skylar Williams. Boudreaux and Carlton entered the tournament as the 45 seed while Williams and Rajpari were ranked 60.

Carlton and Boudreaux were able to come away with four of a possible 12 ballots, splitting rounds with the College of Idaho and Willamette and winning outright against regional competitor Abilene Christian.

Both Carlton and Boudreaux explained that the competition was extremely difficult, not only based on knowledge but on the amount of support and resources available to them. They said that many of these teams travel to these tournaments with a Director of Forensics, assistant coach and at least two graduate assistants.

Cameron, on the other hand, travels with Director of Forensics Dan Schabot.

The team said this is a testament to their ability to research and come up with positions on their own.

“It shows how strong we are independently,” Boudreaux said. “I feel like we are already doing a lot with the resources we have. When you get to those later rounds you are not only competing against the debaters, but the whole team.”

Rajpari and Williams were able to score a win against Northwest, claiming two out of 12 possible ballots in the preliminary rounds.

Although neither team moved onto the elimination rounds in the tournament, Rajpari said it was an honor to be a part of the prestigious tournament. As a freshman he will have the opportunity to make his way back to events like this in the future.

“When I first came on the team I wanted to feel like the team needed me and I needed them,”

Rajpari said. “It feels good to be contributing to something big that is only going to get bigger.”

The next tournament for the Aggies was the National Parliamentary Debate Association National Tournament on March 22, also held at Western Washington. This time the field consisted of over 170 pairings from 55 schools.

Both teams from Cameron performed well, as neither team had a losing record. Boudreaux and Carlton went 5-3 on ballots in the prelims, while Williams and Rajpari were 4-4.

This tournament marked the first time in school history that a Cameron team qualified for the elimination round.

Carlton and Boudreaux fell behind 2-3 after the first five rounds, and had to win three straight rounds to qualify for the elimination round. Carlton said that they did not like their chances after day one.

“I told Paul when we got back to the hotel that we stood no chance,” Carlton said. “We had to go 3-0 tomorrow and the odds are not in our favor.”

The duo did exactly that, though, and punched their ticket to the elimination round, defeating Azusa Pacific, Cedarville University and College of Idaho.

Unfortunately, the team was unable to make it past the triple-octo rounds, losing to William Jewel College in the elimination round.

In addition to being a member of the first team to compete in the elimination round, Boudreaux was chosen as one of seven selected as a National Parliamentary Debate Association All-American, another first for Cameron. He said that it was the ultimate individual prize he could receive as a member of the forensics team.

“It is the crowning achievement as a competitor from the most respected organization that we are a part of,” Boudreaux said. “It feels good to be a representative of the organization.”