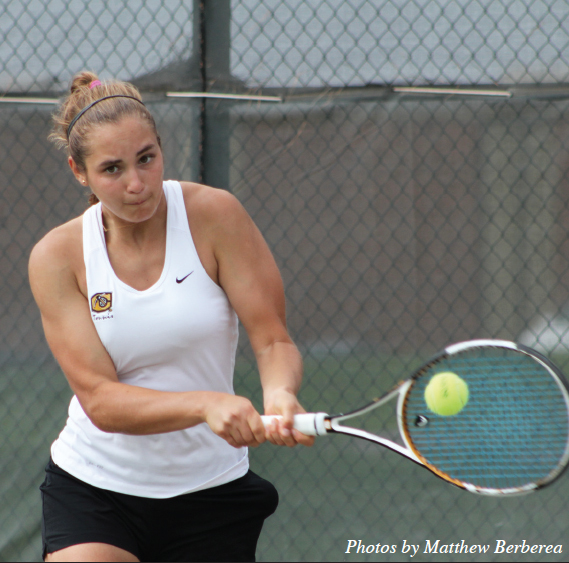 While many Cameron students spent their spring break vacationing, Cameron Aggie tennis carried on with their spring season with the men and women experiencing mixed results on the road before returning home March 28 to defeat the Southeastern Oklahoma State Savage Storm.

The men began their road trip with a loss against the Laredo Junior College Palominos in Kingsville, Texas.

The men earned some early success in doubles competition with both the No. 1 team of Nicolai Ferrigno and Mateus Campos, as well as the No. 2 pair of Thomas Peixoto and Gonzalo Garzon earning wins 8-3, 8-6 respectively. The pair of wins would be the men’s only success of the day however as the Palominos went on to sweep singles to secure the win 7-2.

The next match for the men was against Lone Star Conference opponent Incarnate Word in San Antonio. Despite strong singles performances from Peixoto, Duje Janjic and Jorge Gerosi, the men would fall to the Cardinals after failing to pick up any doubles victories. 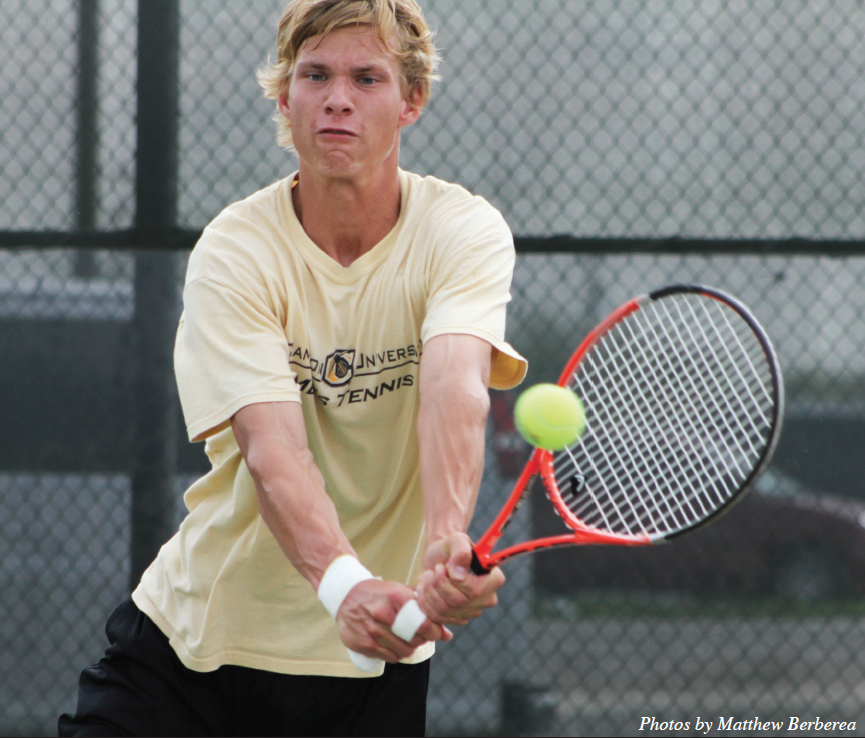 The matches continued the next day against the St. Mary’s University Rattlers picking up a win, 7-2. All three doubles pairs picked off the St. Mary’s teams to begin the match with a 3-0 lead. In singles play, Peixoto, Janjic, Garzon and Angelo Lencioni all picked up wins at the No. 1, 2, 4, and 6 slots.

For their last road match, the men faced St. Edward’s University on their home courts in Austin, Texas and secured a narrow 5-4 victory. Only the doubles pair of Janjic and Lencioni managed a win putting the Aggies at a 1-2 start to the match, but strong singles performances from Peixoto, Ferrigno, Garzon and Campos allowed Cameron to win.

Coach James Helvey felt especially strongly about the performance from senior Mateus Campos in the match.

“Mateus won the match for the guys,” Helvey said. “He was the last match on and one set down.”

Returning home to play the Southeastern Oklahoma State Savage Storm the men managed a home sweep, taking the win 9-0. The men didn’t drop a single set in the No. 2, 3, 4, 5, or 6 positions in singles play. The victory brings the Aggie netters to a 13-6 record on the season.

The women began their spring break play in Kingsville against Texas A&M-Kingsville. The ladies secured a 9-0 win against the Javelinas, dropping only two games in the entire match.

The next day, the Lady Aggies took to the courts against the Incarnate Word Cardinals and earned a 6-3 victory. Only the doubles pair of Elvira Sholles and Antonia Moberg won in doubles play, 8-3, but Amanda Moberg, Julia Puckhaber, Sara Londono, and Antonia Moberg all won in their singles matches at the No. 1, 2, 3, 4, and 6 slots respectively.

The women picked up another win against St. Mary’s University, 8-1, in San Antonio. After losing one doubles match at the No. 2 position, all six singles matches ended up in wins for Cameron with none of the women dropping a single set.

“We had two great wins today,” Helvey said. “I’m very proud of how both the men and women played.”

At home, the women achieved a mirror sweep to the men’s against the Savage Storm of Southeastern Oklahoma State, 9-0. Amanda Moberg and Sara Londono managed an 8-0 win in doubles at the No. 1 position. In singles, the women continued with their success without dropping a single set.