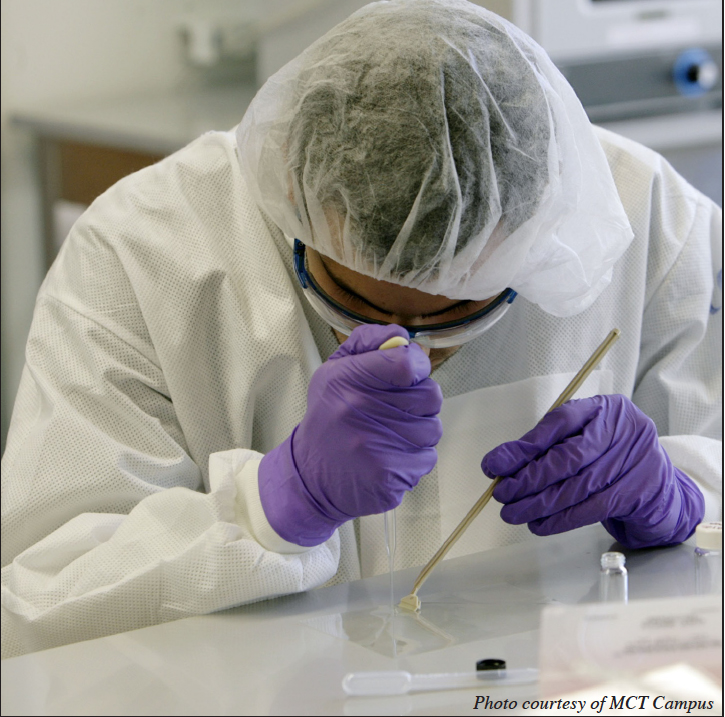 This past New Year’s Eve, strong winds caused not only power outages in parts of Lawton. The Biology Department was one of the areas affected instigating 20 years of research to be loss as well $100,000 of student-use samples and supplies.

The power outage was overlooked since there were back-up generators in the Biology Department.

Dr. Gary Buckley, Interim Dean of Science and Technology, is in charge of the recovery effort as well as looking into ways of notifying a faculty member in the event that such occurrence happens again.

According to Dr. Buckley, the Biology and Agriculture Departments lost the most amount of samples.

Dr. Buckley explained that the power surges faced during New Years Eve caused a spike in the generators.

“There was a large power surge in Lawton; we have those freezers and coolers on generators,” Dr. Buckley said. “The generators kicked in and worked fine, but somehow the transition to the back-up got cut and the cold boxes warmed up. It went unnoticed for about two days.”

According to Dr. Buckley, the samples in the freezers must be kept at a certain temperature. When the generators failed, the temperature began to rise, and the contents got spoiled.

With no one in their offices celebrating the New Year and the recently-tested back-up generators in place, none of the staff expected any problems.

Dr. Buckley said the School of Science is considering ways in which faculty can be notified in the event of another failure.

Dr. Buckley explained that although a loss like this one is a rare occurrence, it can still happen and preparations must be made to prevent another such instance.

Dr. Carla Guthridge, Chair of the Biology Department, stated that a monetary value cannot be placed on the amount of time put into the various researches.

Dr. Guthridge also said that the Biology Department ordered replacement supplies to restart the research and to keep classes going; however, the data, though still intact, will not be compatible with the these samples.

For the professors who lost research materials, Dr. Guthridge said most samples would have to be recollected.

“They have to regenerate the samples or go back out and harvest,” Dr. Guthridge said. “I think for the majority of professors’ work is recoverable.”

Dr. Guthridge expressed relief, though, that the loss did not disrupt the flow of classes at the beginning of the semester.

“I was a little worried coming into this that it was going to be hard to hit the semester with samples lost, even for classes, but the response was so quick I don’t think we missed a beat with classes at all,” Dr. Guthridge said.

Dr. Buckley and Dr. Guthridge are looking into ways to prevent the loss of samples so that such amounts of research and student-use samples are not lost in the future.