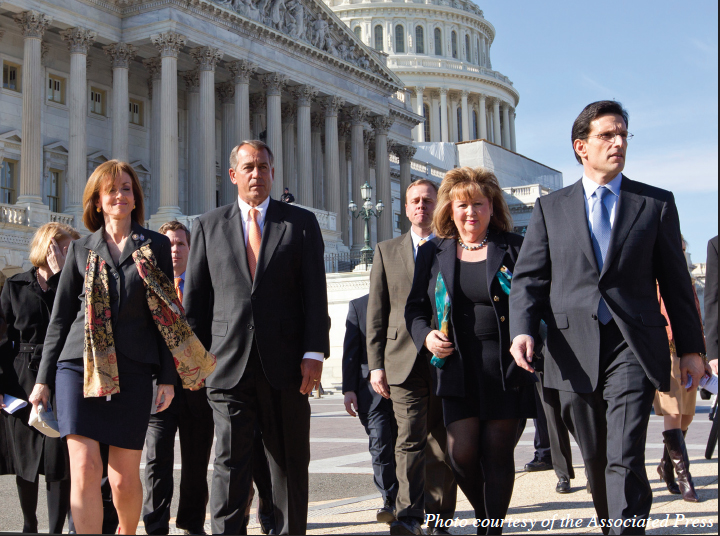 Members of the U.S. House of Representatives passed House Referendum 3606, the Jumpstart Our Business Startups (JOBS) Act on Mar. 8.

The House Majority Leader, Representative Eric Cantor (R-VA), reported that the legislation passed with a 390-23 majority in a bipartisan effort to stimulate job growth in the United States.

Representative Cantor talked about the bipartisan and cooperative nature of the bill in a statement on Mar. 9.

“The JOBS Act has the support of President Obama and the entrepreneurs and small business owners who know what it takes to start a business from the ground up,” said Representative Cantor.

House Speaker John Boehner (R-OH) praised the passage of the bill in the House and expressed hope that the Senate would pass the bill.

“Senate Democrats should take immediate action on the JOBS Act, and the rest of our jobs plan,” said Congressman Boehner

The Washington Post reported that Senate Majority Leader Harry. M Reid (D-NV) plans to take the lead in continuing in this legislation’s progress in the Senate, but expressed a desire to combine elements of the bill with the transportation jobs legislation.

Brundage said, “Today’s vote shows that both sides should be able to find common ground on this issue, and the President urges them to pass a bill and bring it to his desk without delay.”

The bill received criticism from House Minority Leader Nancy Pelosi, who reportedly mocked the bill as a jobs-bill lite in press conference on Mar. 8 before the vote.

Reuters reports that Representative Pelosi said, “While this little package is, I think, viewed positively, it is not any substitute for the jobs bill that we need.”

The act passed the day before the Department of Labor released the unemployment report for February 2012. According to the report, 227,00 news jobs were created in the month of February.

Despite the job growth, the unemployment rate in the United States remains at 8.3 percent. Analysts speculate that this number remains unchanged because job growth has encouraged unemployed people who had previously given up searching for work to rejoin the job hunt.

President Barack Obama praised the growth at a March 9 speech at a Rolls-Royce manufacturing facility in Petersburg, Virginia.

“Day by day, we’re creating new jobs, but we can’t stop there, not until everybody who’s out there pounding the pavement, sending out their resumes has a chance to land one of those jobs,” President Obama said.

Response from economists to the February report has been largely positive, as Steven Blitz, chief economist of ITG Investment Research, said in the New York Times.

“There is no real cloud in the silver lining of this morning’s jobs report,” Blitz said.

Economic recovery remains a slow grind, however, and many analysts, such as Heidi Shierholz of the Economic Policy Institute, speculate it may be years before the unemployment rate reaches pre-recession levels.

“We have 5.3 million fewer jobs now than we did before the recession started,” Shierholz said. “Even at the quite strong average growth rate of the last three months, it would take roughly five years to get back to full employment in the labor market.”

The latest state-specific Department of Labor report from Dec. 2011 shows that Oklahoma’s unemployment falls below the national unemployment rate at 6.3 percent.

In an interview with The Oklahoman, Bob Funk, Chairman and CEO of Oklahoma-based Express Employment Professionals, talked about improved employer confidence as being a factor in job recovery.

“Because businesses have already restored the hours of existing workers, they are more likely to add new workers to meet additional demand,” Funk said.