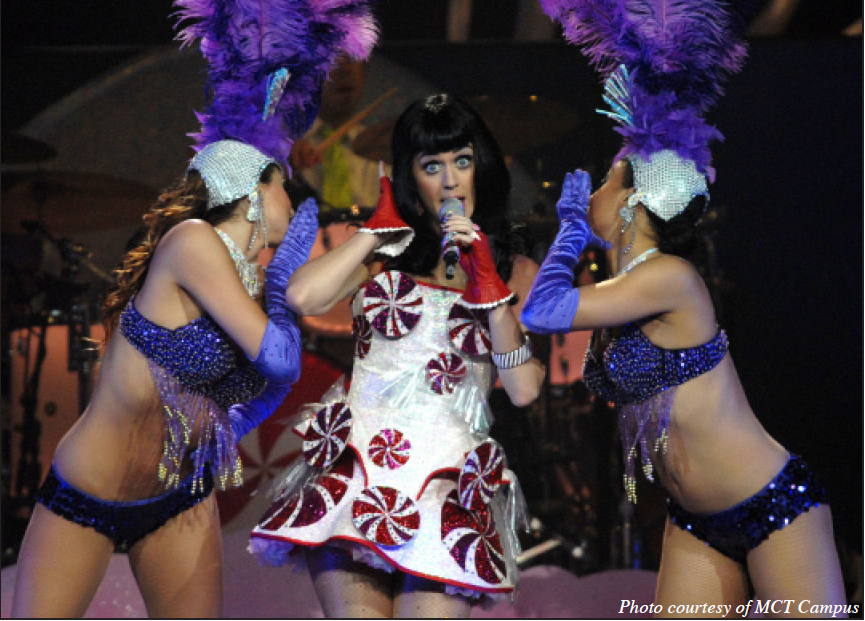 I heard some rather big news this past week: Snooki from “The Jersey Shore” is pregnant. Then, as I took the news in, I realized something: I really do not care.

It is not that I do not care about Snooki; I am sure that she’s very proud to be a mother, and I’m sure her fans as a whole are excited for her. I just think that, as a society, our priorities are completely out of whack. Watching and reading the news on a daily basis, I have noticed that a lot of the spotlight is put on entertainment and celebrities — not the politics and events that could change or forever shape our lives.

I recently ran across an image on the Internet that at once made me laugh and cry, and it caused me to write this more than anything else. After the recent break-up of Katy Perry and Russell Brand, there was a news story written about Perry “unfollowing” Brand on Twitter. The image was A screen capture of that news story, and over the article was typed, “R.I.P. Journalism.”

My first reaction to the image was to laugh, because I realized that news had gotten so desperate for attention that some people were willing to grab at straws for a story. After that, though, I started to realize just how many people had probably read that story and taken an invested interest in it — how many people were genuinely might have been heartbroken about this twittering drama.

It was not just that one particular instance, either. I started to think back on every other time I had seen celebrity news talked about compared to the amount of political news discussed. With the upcoming Presidential election, one would expect that coverage would be everywhere. Rightfully so, CNN, Fox News and most major news outlets are discussing the race. Unfortunately, when Whitney Houston died in February, news of the election seemed to stop for three days as everyone focused on the singer’s death. While I’m not belittling her death in any way, I find it odd that for a number of days people were talking more about her death than the election that can and will change the way we live.

Even Facebook is not safe from our celebrity worship. While I occasionally see posts about politics or current events, it seems that I run across them less and less; they are intellectual islands in a sea of popular culture. Even at school, discussions seem to lean more towards entertainment than news. I know that politics and religion are often subjects that people try to avoid, but in times like these, I think we need to bring the potentially awkward conversations out instead of going on about what happened last week on “The Jersey Shore.”

All this ranting leads me to a specific point: we as a society need to be educated on what is happening in our world. Even if we are just watching “The Daily Show” to get our news, it is better than taking in nothing at all. We need to understand what we are watching and reading, especially when news is involved. We need to understand the facts of the situations so we know what to do with them.

Finally, we need to be active. I’ve heard countless people say that they do not like voting because they feel their votes do not matter. This “feeling” could not be farther from the truth if it tried; every vote matters, and it shows that we at least care about the future of our country and where we are heading. Being educated and knowing the candidates of the upcoming election will help with the big decision.

While I have spent a great deal of time talking about how we do not care about the importance of news that can affect us, I must admit that I have seen quite a bit of interest in politics lately on the internet, though most of it has been negative. Rick Perry’s campaign advertisement from December received a lot of negative publicity, but at the same time provided more attention to the campaign as a whole.

I have to give the Internet credit when it is due, and thankfully it is managing to get information out there quicker than it used to be. The only problem is that we have to be willing to search it out, and search out the right kind of information.

In the end, though, if more of us vote for a President this November and spend less time worrying about who we plan on voting for in “American Idol,” maybe we can make things better in the world.