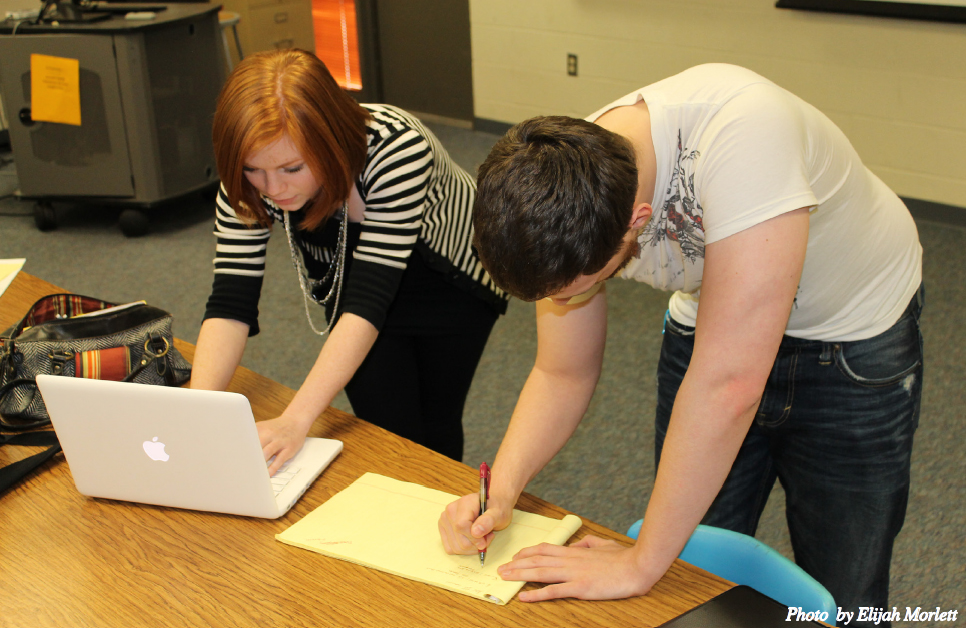 The Cameron University Forensics team traveled to the Oklahoma Intercollegiate Forensics Association 2nd Annual Tournament on Feb. 24 to compete for the state championship.

The tournament was comprised of debate events as well as individual events. The debate events were Lincoln-Douglas, a one-on-one format, and Parliamentary, a team event with teams of two.

Heading into the tournament, Cameron University was the highest nationally-ranked team out of the participants.

The Aggies were able to win the overall sweepstakes, placing first in the debate events and placing a respectable fourth place in the individual events.

The Black and Gold swept the Parliamentary debate events with teammates Paul Boudreaux and Kaylee Jones joining another Cameron team, Skylar Williams and Zak Rajpari, in the finals.

Boudreaux and Jones had never competed as a team prior to the tournament; Jones said this was her first time competing in the format, and that hard work helped pave the way to victory.

“It feels good, but at the same time I’m not surprised … because our team works really hard,” she said. “Paul has been reading and cutting arguments all year, so I knew that he was fully prepared.”

Boudreaux typically competes with Brett Carlton, and the two are currently ranked 45 in the nation out of more than 800 teams. The duo will compete in the National Parliamentary Tournament of Excellence later this month, along with Cameron teammates Skylar Williams and Zak Rajpari, ranked 60 nationally.

Williams and Rajpari joined Jones and Boudreaux as the only teams to go undefeated in the tournament.

Rajpari said they are focusing on building up the Cameron brand and strive to make the university Forensics Team nationally known.

“We are trying to build a national reputation by getting sent to events like NPTE,” he said. “We do have something to prove, but at the same time we have been proving it consistently all year.”

I addition to the success Cameron found in the Parliamentary events, two members of the team also excelled in the Lincoln Douglas portion of the debate event.

Brett Carlton and Zak Rajpari reached the semi finals and were matched up in the same bracket. Carlton advanced to the finals based on a walk over, which is granted when two members of the same school are matched up in a round.

In the finals, Carlton faced off against Sean Grove from Kansas Wesleyan University, who had defeated him in an earlier round.

Carlton was able to get the win in the finals, taking two of the three possible ballots from the judges. Carlton said that the win did not come easy, and that it was the product of hard work.

“It was a tough round,” he said, “I put out around 60 arguments in a six minute round. It was definitely a challenge, but it was worth it. You have to work hard to be the best and not expect to have anything thrown into your lap.”

After the sweep in debate events, it was up to the individual event team to seal the win for the Aggies.

Jiri Rivera took second in extemporaneous speaking, fourth in oratory and fourth in informative speaking on his way to qualifying for the Interstate Oratorical Association Tournament.

Forensics Team Coach Dan Schabot said that he was proud of the way his team performed. He also said they continue to win based on hard work and a consistent team effort.

“They deserve all of the credit for their performance,” Schabot said. “All year they spend countless hours on research, and always do everything they can to help each other.”