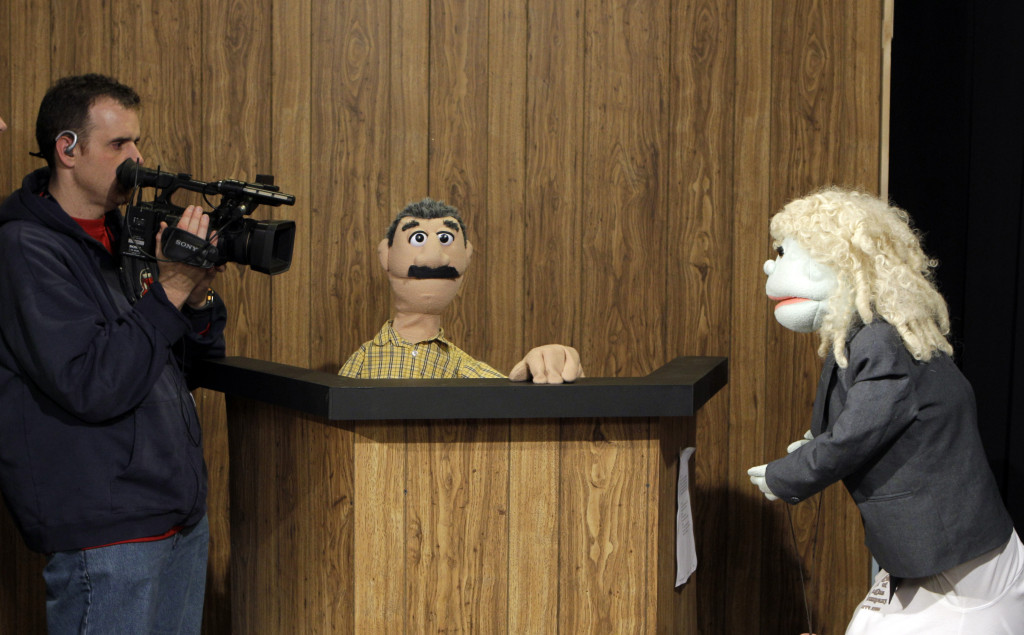 CLEVELAND (AP) — It’s courtroom drama crossed with “Sesame Street,” as a television station barred from using cameras during a high-profile corruption trial covers the highlights with a nightly puppet show. It stars a talking squirrel “reporter” who provides the play-by-play in an exaggerated, “you won’t believe this” tone.

“It’s a satirical look at the trial and, again, I think we have it appropriately placed at the end of the newscast,” WOIO news director Dan Salamone said Thursday.

He said the puppets are in addition to the station’s regular coverage of the Akron federal trial of ex-Cuyahoga County Commissioner Jimmy Dimora, the longtime Democratic power broker in Cleveland.

“It’s not intended in any way to replace any of the serious coverage of the trial,” Salamone said.

Dimora, a former county Democratic chairman in Cleveland, has pleaded not guilty to bribery and racketeering. He also faces another trial on a second indictment.

With cameras barred from court, the news media has relied on artist sketches of the proceedings inside and daily video of Dimora walking into court with his wife and his defense team.

The station uses the puppets repeating testimony and performing as witnesses, reporters and jurors to detail the case, which began last week and is expected to last three months. The trial has been a daily staple of front-page coverage in The Plain Dealer newspaper and often leads TV newscasts in town.

According to Salamone, the puppets are meant to lampoon the sometimes-steamy testimony, including details of a topless hot tub excursion in Las Vegas and taped phone calls with off-color and often unprintable comments.

The station is awaiting the arrival of an updated puppet that looks like the newly clean-shaven Dimora. For now, the station has been showing the back of a puppet’s head that doesn’t resemble Dimora, Salamone said.

And if Dimora grows his familiar salt-and-pepper beard back? “We’ve asked for some accessories in the event that he might decide to regrow his beard,” Salamone said.

The puppets perform near the end of the late newscasts on WOIO and its sister station, WUAB. The stations started using them on Tuesday.

At that point in the newscast, Salamone said, “People are accustomed to seeing a lighter story, what is often called a ‘kicker’ story.”

Salamone said viewers are in for another lookalike puppet debut when Dimora’s longtime friend and political ally, former Cuyahoga County Auditor Frank Russo, testifies for the prosecution. Russo has pleaded guilty to taking bribes and hopes his cooperation will trim his nearly 22-year sentence.

Karl Idsvoog, of Kent State University’s School of Journalism and Mass Communication, said Thursday that the puppet show didn’t work. “Why would anyone approve that to go on the air because it was dull and boring,” he said. 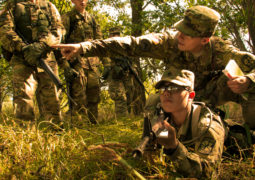