The festival, “Afghanistan: Its Complexities and Relevance,” features five speakers over the academic year, covering major issues in a country that is filled with controversy.

Wright is the fourth speaker of the series. CU President Cindy Ross said that it is great to have a person such as Wright at the event.

“Afghanistan is a nation shrouded in mystery that has been catapulted to the world stage,” Ross said. “Cameron University is honored to have renowned foreign policy analyst Robin Wright share her perspective on this compelling central Asian country.”

Wright has reported from over 140 countries on six continents. She has written for “The Washington Post,” the “Los Angeles Times,” “TIME,”  “The International Herald Tribune” and several other outlets.

Wright touched on several areas of Afghanistan, highlighting major issues that existed before and during the American occupation of the country.

One major issue is the treatment of women in the region. Wright claims that while the area has some benefits for women, the drawbacks are much more prominent.

“Women of Afghanistan have been deprived of so many rights for so long,” Wright said. “It is one of the worst places to a be a woman.”

[vimeo]http://vimeo.com/35354877 [/vimeo]Wright believes that times are changing. She said that women are slowly starting to mark a new era in society.

“We’ve crossed a threshold where women understand that they can be a part of change,” she said. “This is the beginning of empowerment.”

Another issue that Wright addressed was the current transitions of power in the area. For Afghanistan, the issues are coming from the United States.

“[The US] is good at military strategy in the country, however we are lousy at rebuilding Afghanistan as a new nation and new government,” she said. “I hope that I’m wrong, but it seems that our good intentions were interrupted by bad planning.”

Wright goes on to say that it is important to get the Muslim community to work with the Americans.

“We do not want them to think that it is just us forcing our own beliefs and customs against their traditions,” Wright said. “My great fear is that we spent more time and money in Afghanistan at a huge cost to the nation’s image without much to show for it.”

The final issue that she referenced was the education of the women in Afghanistan and the citizens of the United States.

“Only one in 20 females were literate during the Soviet reign in Afghanistan,” Wright said. “Even now, 13 percent of women are still illiterate in the country. Basic education should be the biggest priority for women in Afghanistan.”

For the American citizens, she said that the reality that the United States must face is that its people may not be prepared for the upcoming changes in the world.

“Americans do not know enough about the world,” Wright said. “We have some of the greatest resources and one of the best education systems, however we do not utilize it. Other societies are more prepared for globalization than Americans are.”

“Afghanistan: Its Complexities and Relevance” will continue on March 15 with General (Ret.) Stanly A. McChrystal. Additional information can be found at www.cameron.edu/festival7. 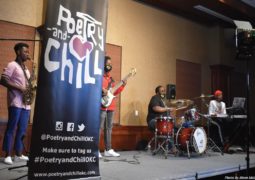 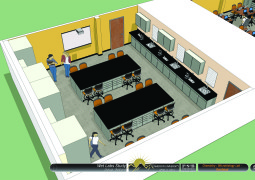 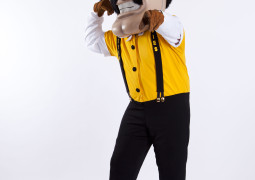 Dear Aggie: when did Cupid say “I love you?”