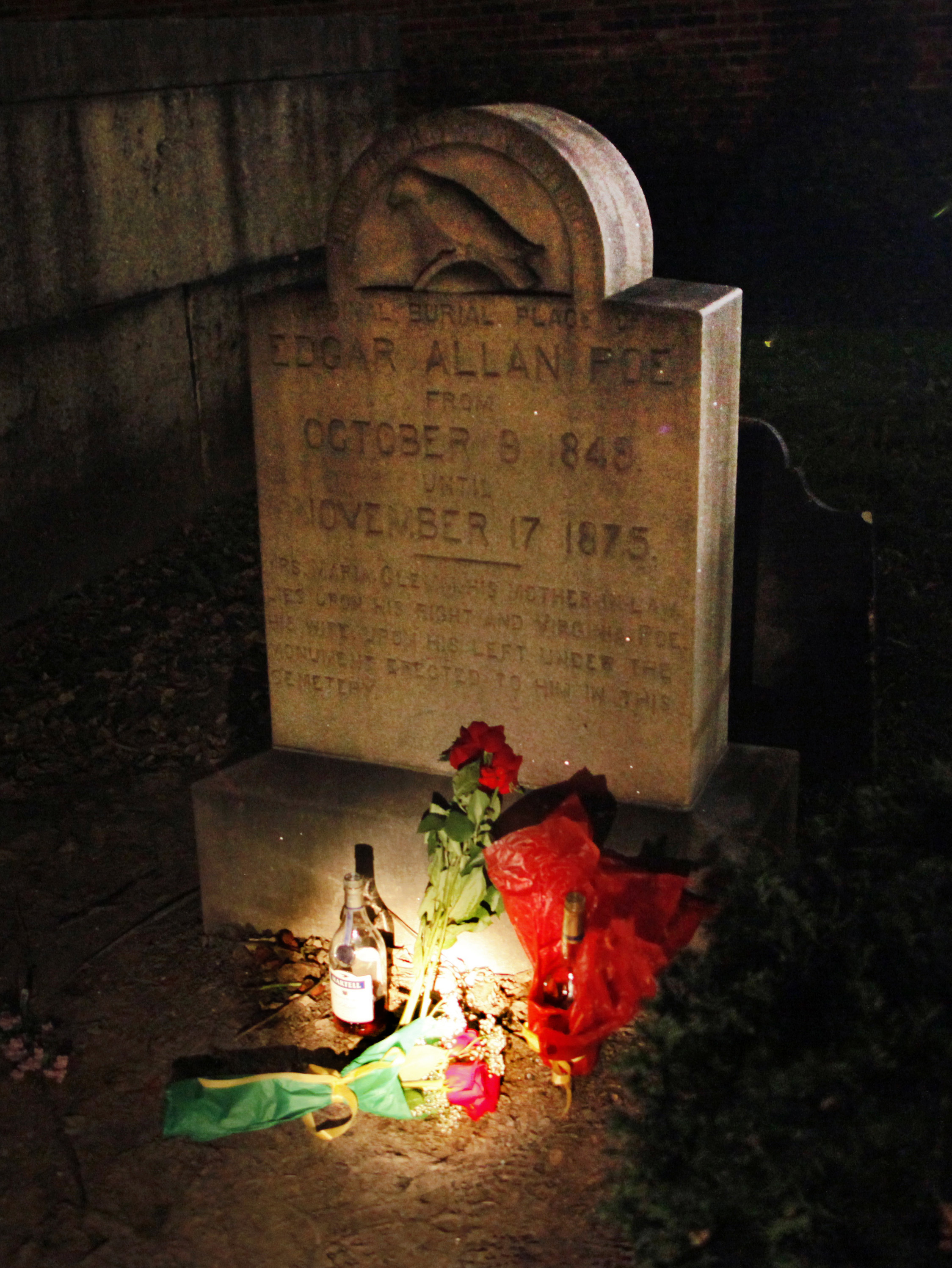 BALTIMORE (AP) — Edgar Allan Poe fans waited long past a midnight dreary, but it appears the annual visits to the writer’s grave in Baltimore by a mysterious figure called the “Poe Toaster” shall occur nevermore.

Poe House and Museum Curator Jeff Jerome said early Thursday that die-hard fans waited inside Westminster Hall for hours past when the tribute bearer normally arrives. But the “Poe Toaster” was a no-show for a third year in a row. After the visitor failed to appear in 2010 and last year, Poe fans said they would hold one last vigil before calling an end to the tradition.

“It’s over with,” Poe House and Museum Curator Jeff Jerome said wearily Thursday morning. He wasn’t sure how he felt about the tradition coming to an end. “It will probably hit me later, but I’m too tired now to feel anything else.”

The tributes of an anonymous man in black with a white scarf and a wide-brimmed hat, who leaves three roses and a half-empty bottle of cognac at Poe’s original grave on the writer’s birthday, are thought to date to least the 1940s. A crowd gathered outside the gates of the burial ground surrounding Westminster Hall to watch for the mysterious visitor. While three impersonators appeared, the real “Poe Toaster” did not, Jerome said.

The gothic master’s tales of the macabre still connect with readers more than 200 years after his birth, including his most famous poem, “The Raven,” and short stories such as “The Tell-Tale Heart” and “The Pit and the Pendulum.” Poe’s “The Murders in the Rue Morgue” is considered the first modern detective story.

Jerome, who was first exposed to Poe through Vincent Price’s movies, believes people still identify with Poe’s suffering and his lifelong dream to be a poet. He has kept a vigil for the “Poe Toaster” each year since 1978 and built up a team of other dedicated Poe fans who stay awake all night to scan the shadows of the burial ground for the visitor.

“I’ve been part of a ritual that people around the world read about,” he said. “I’ll miss it.”

Wherever Jerome travels, once people find out what he does, they want to know whether the “Poe Toaster” is real. He believes the mystery of the “Poe Toaster” tradition will remain in the public consciousness despite the end of the visits.

That mystery is what has kept Jessica Marxen, 33, a programmer from Randallstown, Md., coming back to watch for the “Poe Toaster” for seven years. She and her sister Jeannette, 31, an administrative assistant, got involved after Jerome visited their high school and recruited them as volunteers at the Poe House. Though she has watched for the “Poe Toaster” for years, Jessica Marxen said she wouldn’t want to know who he is.

“There are so few mysteries,” she said. “It’s a throwback to a more romantic time when people could have secrets.”

Poe, who was born in Boston, lived in Baltimore, London, New York, Philadelphia and Richmond, Va. During a visit to Baltimore in 1849, he died under mysterious circumstances at age 40. The cause of his death has been the subject of much speculation over the years, with theories ranging from murder to rabies.

Poe was buried in his grandfather’s lot in Westminster Burial Ground, in what is now downtown Baltimore. In 1875, his body and that of his aunt and mother-in-law Maria Clemm were moved to a prominent spot by the entrance with a memorial marker. The body of his young wife and cousin, Virginia, was exhumed and reburied with him 10 years later.

The annual tribute was first mentioned in print in 1950 as an aside in a The Evening Sun of Baltimore article about an effort to restore the cemetery, Jerome said. When Jerome spoke to older members of the congregation that once worshiped at the church, they recalled hearing about a visitor in the 1930s.

The visitor has occasionally left notes with his tributes. A few indicated the tradition passed to a new generation before the original visitor’s death in the 1990s, and some even mentioned the Iraq War and Baltimore Ravens football team, which was named for Poe’s poem.

The vigil inside the former church is closed to the public, but over the years, a crowd has gathered outside the gates to watch. After the “Poe Toaster” failed to show in 2010, last year’s vigil attracted impersonators, including a man who arrived in a limo and a few women.

The crowd outside the gates of the burial ground into Thursday morning was more respectful than last year and even the impersonators were more solemn, perhaps because of the sense that this could be the last vigil, according to Sherri Weaver, 40, of Randallstown, who works in finance. Weaver and a few dozen others — some coming from as far away as California and Chicago — braved a windy night with temperatures around 30, hoping to catch a glimpse of the mystery visitor.

“Some people held out some optimism, but this may be the end,” she said as dawn approached and it was becoming clear that the “Poe Toaster” was not showing up for a third time. “People know this is not a fluke, it’s a quiet end.”