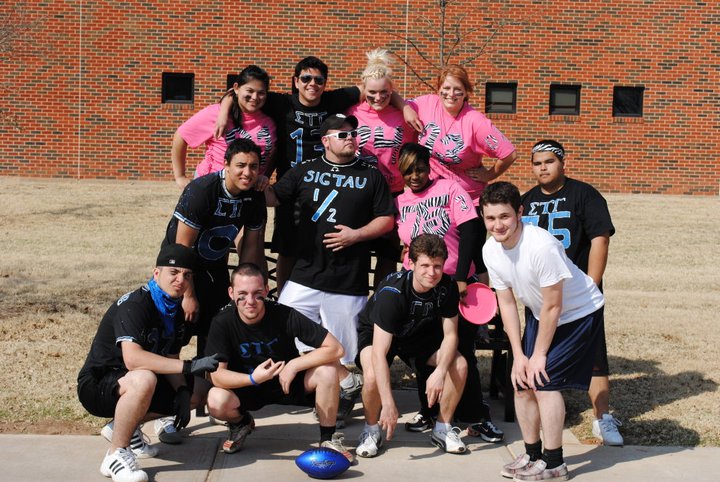 Greek life at Cameron University has continued to evolve over the years. There has been a significant increase in recruitment of members in the past three years.

Greek organizations are gearing up for another round of recruitment, also called rush, for the spring semester.

“Rush is that period when we meet potential members,” he said. “Then there is also a kind of informational meeting where you talk about the specifics of Greeks.”

According to Kevin Stieb, current president of the Greek Council on campus, Greek life is the attempt of someone to be a part of something better than themselves.

Steve Sassaman, Student Activities specialist and adviser to the Greek Council described the ideal Greek as a person who best exemplifies the meaning of social excellence.

“The ideal members are those men and women who are willing to go out of their way to make meaningful connections with everyone they come in contact with,” he said. “They must also have a passion for community service”

Sassaman also said Greek membership gives a chance for a person to affiliate with a group of like-minded people.

“Membership in a Greek letter organization provides an affinity group of others who embrace the individual’s values,” he said. “They also provide an opportunity to further develop their leadership skills.”

Stieb said every organization has its own set of rules concerning recruitment.

“Every organization has its own requirements,” he said. “The only broad statement you can make is that you are a Cameron student and in good standing with the university.”

According to Stieb, membership dues are usually between $200 and $700 depending upon what programs the organizations decide to fund.

“[Dues] often go to help with campus-wide events, brotherhood or sisterhood events,” he said. “They also go toward offsetting the cost of going to regional conventions and insurance carried by the organization.”

Sassaman explained hazing as a problem many organizations face that is wrongly perceived as a vital part of Greek life.

He also said Cameron University has Zero tolerance for hazing and students understand this.

“The university has a strict no hazing policy for all of our student organizations and in working with each Greek organizations,” he said. “The members understand that such acts are detrimental to the potential members’ experience.”

Stieb thinks the past Greek Council president was exceptional and hopes for more participation from other campus organizations.

“The past president of the Greek Council was an extraordinary leader,” he said. “That being said, I hope for more participation from every organization on campus.”

Students interested in joining Greek organizations are encouraged to visit Steve Sassaman in the Student Activities office, located on the second floor of the McMahon Centennial Complex or call 580-581-8086.