This might be a result of me being a nerd who only remembers movie details, or my horrible memory or possibly the drunken fans around me that entire night.

Actually, yes, I believe it was the drunken fans at the game, specifically the two who started screaming at my sister and me when we were trying to get to the car, and the ones in the fight I saw on my way home.

The real reason that I couldn’t enjoy the game that night was because complete fanatics were surrounding me on all sides. A fan likes a team and will cheer for it at each game, supports the team and is generally a good representative of the fan base.

A fanatic, on the other hand, takes everything to the next level and beyond. A fanatic is the first person to get violent when someone questions his favorite team, or tells him that the movie he loves so much is complete crap.       At what point do we finally say that we have taken our love of something too far? At what point do we stop being fans and start being fanatics? That’s a question I’ve considered addressing for quite some time.

There was a recent video that went viral, finding its way on YouTube in early January, which found New York Rangers’ fans and the Philadelphia Flyers fans fighting each other outside a steak house after the Winter Classic game between the two hockey teams. It wasn’t until I saw this video that I finally decided that this issue of fanaticism needed to be addressed. Now, some people will immediately think that I’m generalizing all sports fans as insane and easy to anger. That couldn’t be further from the truth, though.

I grew up in a household where sports meant a lot. I played soccer and baseball as a kid, my dad was a huge fan of OU and we went to several Duncan High School football games while I was in grade school. That last part might have been because my sisters were in the band, but nevertheless my parents actually paid attention to the game while I sat there with my Sega GameGear in hand playing whatever game I had grabbed before leaving the house.

What I saw at those games was a family that actually cared about sports, but not a family that cared enough to start any kind of fights. In fact, the only fight I ever saw at a high school football game wasn’t even about game itself.

Admittedly, though, I’ve picked on sports long enough, so I’ll go ahead and turn the focus on the nerds of the world, myself included.

In 2010, an incident at the San Diego Comic-Con temporarily delayed presentations of two of the panels, as two attendees fought over a seat, resulting in one of them being stabbed in the eye. Some nerds care so much about going to a panel for “Cowboys & Aliens” that they are willing to stab a man in the eye to see Harrison Ford from a closer distance in the crowd.

Of course, this article has been talking about violence, and while that is terrible, we also have to think of people who are spending elaborate amounts of time and devoting portions of their lives to specific movies.

In the summer of 2011, I made the grave mistake of going to see the final “Harry Potter” film in Oklahoma City at a midnight showing. I arrived 10 hours before the movie was supposed to premiere, only to find a line of people stretching from the bottom floor of the Quail Springs Mall to the second floor, wrapping around that floor as well.

I sat across from a Victoria’s Secret, watching fans walk by in costumes over the course of the next few hours, some of who had probably been at the mall since it opened. When I went to go get food, leaving two of my friends in line, I realized that I was just as much a fanatic as the people I made jokes about.

In the end, I guess I can’t really say anything bad about fanatics who dress up in costume for events. The violent fanatics, though, are still a problem that we as a society need to face.

We all know someone who uses their favorite team, favorite movie or favorite band as an excuse to act a certain way. While we don’t have to seek out help for each and every person, we should at least talk to them about the way they behave, and try to be there as an outlet. 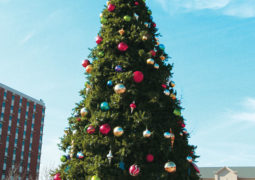 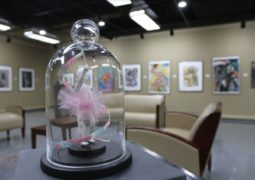 Film Geek: Behind the scenes