Gingrich said the loan program expanded the ability of students “to stay in college longer because they don’t see the cost.” 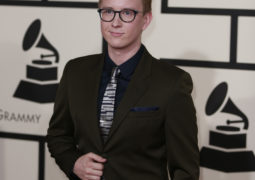 A day in the life: freshman year