Aggie cheer is pumping up the crowds

As the fall semester moves into full swing, CU Athletics is just beginning to heat up.

The volleyball team is in conference play, the golf teams are attending tournaments, the cross-country team has participated in several meets, but the cheerleaders have been preparing for these seasons all summer.

According to co-head cheer coach Korie Brox, her cheerleaders had a grueling summer schedule preparing for their yearlong cheer season.

In cheerleading you do not really have an offseason,” Brox said. “We literally have tryouts right after our season is over and begin practicing immediately.”

During the summer, the CU cheerleaders went through practice schedules comparable to that of football players.

Coach Brox said that her co-captain Aaron Gill told her that the conditioning was harder than playing football in high school.

According to Brox, the cheer squad had two-a-days every other weekend over the summer break.

“This summer we practiced every other weekend and we had two-a-days,” Brox said. “We had three hour practices two times a day.”

The cheerleaders are much more than just pom-poms and megaphones at Cameron; they attend alumni events and other functions at the school as a symbol of school pride and dedication.

“We go to campus events for alumni and other celebrations,” Brox said.

According to Brox, the Aggie cheerleaders have a busier schedule than many CU athletes  do.

Brox said that her cheerleaders often attend more than one event in a day. They are expected to be at almost every CU athletic event.

“We try to support all of the athletic events here,” Brox said. “Like today we went to the cross country meet before the volleyball game.”

The cheerleaders also prepare for competitions of their own during the week. This year, Brox said that her squad would compete in Nationals.

“We are actually going to Nationals this year,” Brox said. “Most schools only compete once a year in college because you are so busy with attending all the other schools events.”

Nationals are the biggest event of the year for cheer groups across the country. Brox explained that there are two different national cheer competitions and the one CU will attend is in Florida.

“There are two huge nationals for cheerleading,” Brox said. “The one we attend is in Daytona and almost every university will be there from all over the United States.”

In addition to attending Nationals this year, CU will be introducing a dance team to join the cheerleaders during basketball season.

“We just started a dance team here, we will do performances at half times and between the games,” Brox said. “We will also dance at events like Aggie Madness. We won’t start until basketball season because tryouts were held late this year.”

Brox said that this basketball season the cheerleaders will stand on one end of the court while the dance squad stands at the other. The two groups will work together to bring the Aggie crowd to its feet. 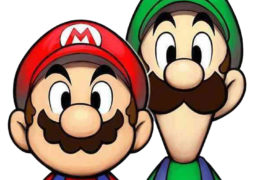 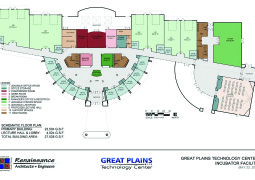 0 thoughts on “Aggie cheer is pumping up the crowds”