The office of student housing is undergoing numerous changes, both in its application process for incoming and returning residents and in new housing opportunities.

According to director of housing Charlie Parker, incoming students desiring to live on campus will now have to fill out both a housing application and contract, a process which he said will help both student housing and its residents.

“For new applicants, it will be a shorter application process,” Parker said. “We separated application and contract, so they are not the same anymore. The application is simply basic information. Once we assign a resident a room, they then will be mailed a contract.”

Parker said the reasoning behind the split in application and contact was to eliminate confusion in explaining contract options to residents.

“Now residents can have a housing application on record 365 days a year,” Parker said. “They won’t have to necessarily wait on the new housing rates to fill out an application.”

While incoming students will have to fill out both the application and the contract, the process for returning residents is somewhat easier and more convenient.

Housing will host a “status week,” from March 30-April 6. According to Parker, during these days, current residents will visit the McMahon Center and talk with housing staff about their housing status for the next academic year.

“One of the goals is to help residents know exactly where they will be in the fall,” Parker said. “It also allows us to start on paperwork for those who won’t return in the fall and expedite the check-out process for them.”

“Status week,” according to Parker, will happen every semester.

In addition to those two benefits, Parker also said “status week” could essentially help housing give room assignments at a faster, more efficient rate. Since returning residents will already be assigned a room, the new application and contract process helps housing assign incoming students quicker than it normally has.

While last year’s application was solely online, Parker said the new contract will be on paper, allowing residents to receive a hard copy of the contract.

The leases on the contract, according to Parker, are also being adapted. Students who look to live on campus for the entire year can now agree to an academic year lease. Residents of the Cameron Village will have an opportunity to either sign a lease for the entire academic year or a 12-month agreement, which Parker said will last from August until July.

“An applicant for the Village can’t come in the month of January and say they want a 12-month lease, because we are in the middle of the lease’s timeframe,” Parker said. “So there are the same number of options, but it is easier for residents to see which lease applies to them.”

The Shepler Center and Cameron Village are the two options of housing for residents, but the North Shepler tower will soon have a new addition.

“The sixth floor of North Shepler had been gutted of its built in storage space prior to it becoming office spaces,” Parker said. “Now that we have the floor back, students can expect new, movable furniture, which allows residents to customize their own room. In addition to that, since the goal of that floor will be to make it all single rooms, we will put in a full sized bed opposed to two twin sized beds from previous single rooms.”

Parker said he encourages current residents to come to the housing office in McMahon Center to update their housing status for fall 2011. 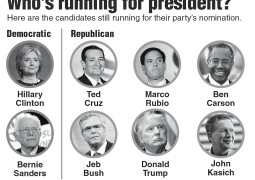 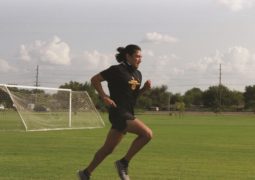 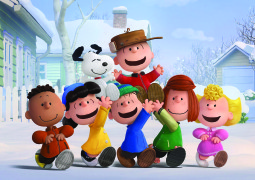