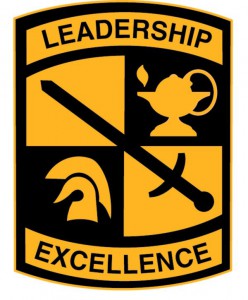 Cameron University’s Army ROTC program has been awarded by The Order of the Founders and Patriots of America organization as the third best ROTC program in the nation. The OFPA is a civilian patriotic organization that awarded CU’s Comanche Battalion with its outstanding Army Reserve Officers Training Corps Unit Award.

According to Lt. Col. Rod Boles, chair of Cameron University’s military science department, the OFPA chose the CU’s ROTC program among 272 university ROTC programs in the nation. The Comanche Battalion has about 98 cadets both male and female who come from about 22 different states. The program has a mix between active duty soldiers who are attending CU as well as the traditional college students.

“We are very honored that the Cameron University Army ROTC program has recently been selected as the national third place winner of the Order of the Founders and Patriots of America Outstanding Army ROTC Unit award,” Boles said. “For our program to be selected for the first time as third out of 272 in the nation is outstanding.

According to Lt. Col. Boles, the OFPA selected the top ROTC programs based on training, performance, GPA, scores against other cadets, achievement of various exercises and the standard recruiting and achievement mission to commission the finest men and women to become Army officers in the future. The scores against other cadets were received during a leadership course between the cadets’ junior and senior years at Fort Lewis, Washington,

CU being close to an Army post has helped the program utilize the facilities and equipment they may need on Fort Sill. This has helped the cadets receive frequent training and hands on experiences throughout their time in the program. On Friday’s the cadets utilize Fort Sill by attending a leadership lab.

“I believe being close to Fort Sill has helped our cadets receive the best training and hands on experiences,” Boles said. “Some university’s ROTC programs have to drive hours to the closest post to receive the hands on training. We are very lucky to have an Army post so close.”

According to Lt. Col. Boles, a few factors attribute to the success of the ROTC program. There is an outstanding student body within the program. The faculty and staff in the ROTC department have been outstanding and helpful towards the cadets. The administration at CU has been supportive of the program in a huge way and having a strong partnership with Fort Sill has been very helpful in the program’s success as well.

“Our student cadets deserve all the credit for the outstanding job they have performed in order to receive this type of award,” Boles said. “We are very thankful for the support we receive from Cameron as a whole.”

Anyone who is interested in joining CU’s Army ROTC program can contact the military science department for more information or can stop by the department located in Burch Hall.

“Anyone who joins the ROTC program in the future will truly be part of an outstanding leadership program,” Boles said.