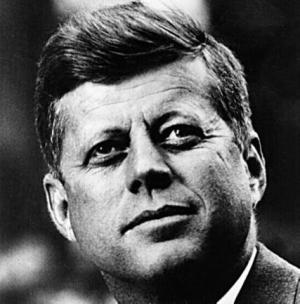 On Friday morning, Nov. 22, 1963, just one week after my sixth birthday, I was at home with my Grandmother when Momma came through the door. I had not started to school yet and she often came home from work to have lunch with me and to watch her favorite soap opera with my grandmother. I knew that something was terribly wrong when I saw Momma was crying and sobbing as she rushed through the door. I was concerned as any child would be and I ran to her.  She picked me up and held me tight as she turned on the television and called for my Grandmother to come quick. Momma, my Grandmother and I watched and listened as Walter Cronkite fought back his own tears and tried to maintain his composure and continue with the newscast. Even at the tender age of six, I knew that somehow the world was now drastically different than it was only an hour earlier.

During the next three days, this historical event played out on the television in our living room as my family huddled together, watched and mourned with the American people. For the rest of my life those three days of overwhelming grief that I saw in my Mommas eyes as well as in the faces of the American people would be seared in my memory. The image of the horse-drawn caisson that carried the President’s casket from the White House down Pennsylvania Avenue to the U.S. Capital, the sound of the steady beat of the drums and the clopping of the horses’ hooves, the sight of the horse without a rider, and the salute of the tiny hand of ‘John Jr.’ as he said goodbye to his father were heartbreaking.

Although I was too young to understand the significance of this historical event, Momma made sure that I understood what had happened. When I asked why it happened, of course, she could not provide an answer. However, she did explain to me that there are people in the world who only understand violence as a way of affecting change. But that we also live in a country where violence is not necessary and we, the American people, can change things that we do not like by being involved and making our voices heard.

During the remainder of the 1960s, as the violence against African Americans during the civil rights movement escalated and the assassinations of Robert Kennedy and Martin Luther King Jr. unfolded, I understood how wise Momma was. The events of Nov. 22, 1963, and the days that followed, were very profound in shaping the way that I view the world today.

My Momma explaining those events to me almost 50 years ago had a direct influence on the way I view the world today. The entire decade of the 60s had a profound formative effect on me as I was growing up and I thank God that I had the best mother that anyone could ever hope to have.  She instilled in me at a very young age an interest for what was going on in the world around me and encouraged me to have a voice in it.

As my children were growing up, I tried to instill these beliefs in them. After the 9/11 attacks on the World Trade Center, when my children asked me, “Momma, why,” I had a similar conversation with them. In the next year, I realized that my son had taken that message to heart when, as a junior in high school, he joined the U.S. Navy. Then, on Nov. 4, 2008, when my daughter and I shared tears of joy as we sat together and watched newly elected President Barack Obama give his victory speech, I felt Momma’s presence and I knew that she was alive in us.